While being active as a member of the Garyu-Circle, Zoomgals—which is comprised of valknee, Namichie, ASOBOiSM, Marukido, AKKO GORILLA—Haruko Tajima is an artist of versatile talents who makes their own beats and music videos. The artist, who has been proclaiming themself a ‘new wave gal’ and put out albums Holy Holy Holy Holy (2018) and kawaiiresist (2019), has released a single “ECCENTRIC Seinen BOY” in March, in which they emancipate their ‘inner masculinity’ and opened a new gateway to widen their gamut of expressions. We spoke with the ever-changing Haruko Tajima—who goes against the gravity of genres and mechanic of categorizing—to learn about the source of their creations and their sentiments behind their stance on their own actions.

The reason why she went from ‘Gal’ to ‘Seinen Boy’

――Including the MV, I thought “ECCENTRIC Seinen BOY” is a chaotic piece imbued with copious amounts of information.

Haruko Tajima (from hereunder, Tajima): I’m a human, who is like an illustration with intricate information; plus, every single detail is in focus [laughs]. On top of that, I’m constantly changing.

――First of all, I want to talk about the part where you turn into a man and there are two yous.

Tajima: That’s another representation of my fluidity. After I’ve put out kawaiiresist, I got carelessly labeled as “a woman who speaks out on behalf of others.” It’s true that the album was made focusing on the issues that women’s culture and lifestyle are prone to be ignored. Though consequently, it became like a girls’ empowerment, when I was actually intending on making something more uncanny and complex.

――So you’re saying that ‘gal’ was merely a part of your worldview, but on it too much?

Tajima: Yes. Boys putting on makeup and fashion that are gender non-conforming are normal for so-call Gen Z kids. Having that as a background, I deliberately chose the word, ‘gal.’ The word ‘gal’ has a feminine element to it but doesn’t clearly define its gender or sexuality. But the superficial image of ‘gal’ just happened to come before everything else. So, this time, I’ve decided to make it more visually apparent and pivot towards men. I’ve conceived the idea when I saw Dorian Electra’s “Career Boy” MV in 2018. However, back then, kawaiiresist was still in progress that it wasn’t the right timing for me to bring the idea into shape.

――What is it that attracted you to “Career Boy” MV?

Tajima: It’s cool how the video redefines masculinity as fashion. I also liked how it wasn’t about gender restrictions or emancipation. When I saw the video, I felt like my inner masculinity was getting liberated.

――I agree, it’s not rejecting the inner femininity, but letting it coincide with the inner masculinity.

Tajima: I’ve always had this feeling of “what am I?” in my student days. I’ve anguished as a woman, not from being sexually used, but from not being treated as a woman. Recently, I read an online article about how certain men have aversion towards large woman, and what’s written was everything I’ve experienced—like, people being scared of me even though I’ve done nothing to them. Also, when I was in high school, I was taking selfies and posting them online; back then we didn’t have Instagram, so I was on 2-chan, and people were trolling like, “you fag” or “you’ve gotta be a dude.” I didn’t feel disgusted or sad reading those comments. But instead, I started questioning myself like, “what am I?”

Being freed from binary thinking, accepting myself as a ‘complex being’

――So, your femininity and masculinity co-existing equally with your other elements, and the discomfort you felt during your ‘gal’ years lead to the creation of ‘Seinen (young) BOY’.

Tajima: However, ‘Seinen BOY’ is fluid in regard to whether it’s a subject or object for me. He could simply be an image of a man, who is like a boy band idol catering for women, but for me, I wasn’t sure if I wanted to be served or be the one serving; it’s complicating. This time, I just presented him straightforwardly.

――And would you say the two yous represent that confusion?

Tajima: I was inspired by the scene in Arca’s “Nonbinary” MV, where there’s a white Arca and black Arca like in Purikyua, arguing with each other. When I saw that scene, I realized that I don’t always have to limit myself to one self-image. Arca also mentioned in her interview something like, “I’m a complex being.” Also, in the “Mequetrefe” MV, she shows herself transforming into various figures. I’ve always considered myself a complex being like that and been struggling to figure out whether I should portray myself as a man or a woman—so this time, I’ve decided to convey myself as two different people.

――What intentions did you have for the track?

Tajima: I’ve been influenced by the context of hyper pop but focused strongly on making it sound like myself and more indigenous than westernized. But it was hard. It didn’t sound cool at all. I was okay with it being corny, but it had to be 20% cool. It was really challenging to find the right balance.

――In other words, you had to make it into a creation that deeply links to yourself, instead of something that fits into the paradigm of ‘hyper pop.’

Tajima: That’s right. Right now, hyper pop is considered iconic, but I think it’s more than just that—it’s a revolutionary thing. It came about in conjunction with LGBTQ community and naturally made its way on SoundCloud. So, I guess in that sense, it doesn’t have a specific musical form. What’s important for me is to express the hyper pop context that resonated in me in my own way. And with regards to that—I wrote this on my note (https://note.com/dokusya_model/n/nd728990750c7), too, but—I think I couldn’t have done any better than I did this time [laughs].

Resisting to become “decipherable,” and expressing myself thoroughly

――When I see you, you remind me of David Bowie, as he constantly updated himself throughout his career.

Tajima: I want to express the nature of the soul that constantly shifts. And because of that, I don’t want my creations to be handled roughly. Of course, there are moments where I think casually like, “I should do whatever satisfies me.” But, at the same time, I’m scared that I might be going all the way just to make a fool out of myself. I know I shouldn’t think too hard to create something interesting, but I’m paying more heed to the numbers now, since I started gaining attention as a member of Zoomgals. It’s not a burden for me, though, and it’s from my desire to express myself thoroughly to the audience. As I mentioned earlier, I think my style of expression is underground. Yet, I want to also reach a more popular audience.

――In Japan, we often say, “stand your ground,” but that can possibly mislead people to stop thinking. Also, nowadays, it seems like things that are straightforward are being more honored, and complex or ambiguous things are getting eradicated—so, I think people like you, who demonstrate chaos authentically, are very important.

Tajima: It’s not an easy thing, but I think great expressions are sometimes born from constraints. It’s what I’ve learned from rapping. To be honest, singing was painful to me in the old days. With the range of my voice, it was impossible to sing melodies that sounded pleasant to my ears. I couldn’t write songs the way I wanted to. But with rap, I was able to fit words to beats. And I’ve realized that rap was for me. Also, since I began rapping, I’ve started getting a good grasp of the range of my voice, and now I’m able to sing better than I could before. Because of these positive outcomes, I can say that going through hardships isn’t so bad after all. Plus, you know, I just don’t want to be the cringey one in Zoomgals [laughs].

Haruko Tajima
A new wave gal rapper/beat maker, who provokes waves in the wack society with their independent and DIY spirit. They often make their own artworks and videos. They sample and collage their inspirations from the aughts culture, in which they grew up, and various time-spaces, to create works that construe their miniature world mirroring their unique imagined scenery. They are also a member of the 6-MC Gyaru-Circle—Zoomgals.
Twitter：@dokusya_model
Instagram：＠dokusya_model 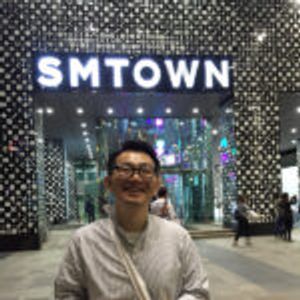 A music writer. Born in 1977, in Kanagawa-prefecture. He became a freelance writer from December, 2015. He is fond of Alternative dance music, movies, manga, anime, drama, and animals. He mainly contributes to FNMNL, Natalie, Asahi Shimbun Digital (Kousho-Koujitsu, &M) and otherwise. He was in charge of structural editing for the autobiographies of rappers D.O and Wanyudo. He currently writes for Rapper-tachi no Dokusho Method (Rappers' Reading Methods), which is a series of articles where rappers introduce their favorite books.Twitter：djsexy2000
See Keita Miyazaki’s other articles