“The Salvages” is an apparel brand from Singapore that develops T-shirts and etc along with the opening of “TOKiON the STORE” in “Miyashita Park”. Here in Japan, the brand was first introduced in the DOVER STREET MARKET, and developed a collection with the motifs of punk, new wave, and alternative rock around 1980s and 1990s. It is a brand of attention that has enthusiastically enthusiasts reading the symbols such as “Siouxsie” and “Bauhaus”.
The launch of “The Salvages” has been in recent years, but its founder, Earn Chen, is one of the pioneers in the street fashion around Singapore and Southeast Asia.And when he opens up his life story, we see some scenes overlap with the street culture of Tokyo from the 1990’s to which “TOKiON” was deeply committed. We asked him to talk about the brand’s backbone and the items that will be released this time.

In the 90’s, the dawn of street fashion in Singapore, there was a turning point for Earn, who had already opened his own apparel shop. He met James Ravel, who was active as a record label Mo’Wax, music project, and UNKLE at that time.
“Around 1998, James visited my shop during a tour in Singapore. The shop had some street brands from New York and London,but I already introduced the Ura-Harajuku brands at my store that was still small at that time. James was very surprised to collections of store at that, which made us friends and developed into a relationship where we talk about music, fashion, sneakers and hobbies, etc.”
Shortly after this encounter, Arn, in partnership with James, launches “Surrender,” the shop that makes a name for itself in Singapore’s street fashion history. As a hub for the Southeast Asian region that introduces the latest street fashion, many young people have come not only from Singapore but also from neighboring countries such as the Philippines and Indonesia.
“In 2000, we started “Surrender” with James. The culture of Ura-Harajuku was introduced in New York and London, but it was still very limited. James has a connection with Japanese designers and creators, so we have the opportunity to know the trend here in Singapore and get the clothes directly.”

James Lavelle was a key person in the Ura-Harajuku movement and was friends with Jun Takahashi, Hiroshi Fujihara and NIGO®, who embody the charisma of Japanese street culture. After getting to know him, how did Earn, a Singapore youth, access the Ura-Harajuku scene at the time?
“There was no internet so the main source of information was from Japanese magazines. “TOKION” and “Relax” introduced a lot of Ura-Harajuku culture, and I remember being surprised at the amount of fresh fashion and art there.”

In 2014 Then Earn left Surrender and stepped away from the fashion, but he returned under the new flag of “The Salvages” in 2016.
“I quit Surrender and started a restaurant/club business called “Potatohead.” 2 years later, I really still missed fashion. The trigger was that I wanted to sell the clothes, music and toys I had collected several years. I wanted to share the passion that clothes have and take over valuable items with people who appreciate the value of vintage items. Then The Salvages was formed as the platform to do this. The brand name came from the idea of salvaging clothes.”
The collection the Earn provided was very impactful. The archive of important Raf Simons items that he had collected over 15-20 years gave him an instant reputation and celebrities were on the list of customers.
“Even ASAP Rocky and Kanye West showed an interest. I ended up selling all the vintage items I had on offer then my partner/designer, Nicolette Yip, had the idea of making “The Salvages” merchandises. Then this time G-DRAGON and BLACKPINK became customers of the brands. The brand became popular through a very natural process.”
The original items of The Salvages were not only a famous icon in alternative rock, it was a characteristic design motif for cult bands such as Spaceman 3 or Suicide. It seems to reflect Earn’s nostalgia and his taste of culture.
“Memories I have from my childhood or teenage years was the base idea for a collection. They were my heroes. I took the idea of a T-shirt to Peter Kember (Spaceman 3) and kindly agreed, Since then I have collaborated with many musicians. Suicide’s Martin Rev was a legend to me so I was ecstatic when I made T-shirts for them.”

The episode about Kurt Cobain’s (Nirvana) items, which seems like a staple, but it’s very amazing.
“Nirvana came to Singapore on tour in February 1992, my friends hosted and took some pictures for them. Main purpose for Singapore tour was to do “ Nevermind” album promotions. There wasn’t any performance planned. However, Kurt wanted to perform for the Singapore fans, he suggested a free concert at the car park. However due to last minute arrangements, there wasn’t enough time for the performance permit. So it didn’t happen. This was just before the spread of the internet, and although they were growing rapidly in popularity in the U.S.A. (Smells like Teen Spirit just scored #1 in the USA), it didn’t seem as though he thought of himself as a big star. They were still very much an alternative band with global spotlight shining on them. The Salvages produced a T-shirt design of Kurt’s graffiti. The logo said “I don’t know how to play and I don’t give a hoot!” This is the proof that he was aware of his popularity at the time.”

In this “The Choice Of The Last Generation” collection , items inspired by UK band The Jesus and Mary Chain are impressive.
“When they first came on the scene, they had unique fashion and hairstyles which influenced me greatly. I copied that style and got my hair done like theirs. Unfortunately, I don’t have a picture (laughs). A long time ago, I found a photo by Douglas Hart (The Jesus and Mary Chain) wearing a T-shirt with the “JESUS” logo, which was a homage to Pepsi. I liked the T-shirt, and first of all, I made a number of reproduced samples and showed it to the designer Barnzley. He showed it to Douglas and Bobby (Gillespie) ,which is the link to the collection this time. I asked Douglas about the origin of the JESUS T-shirt, but it turns out it was just something he got from a Christian goods store.  I was surprised that he wore the T-shirt so cool way. Douglas and Barnzley also recreated the “DOUGLAS” Shirt, it is the same way Jesus & Mary Chain made their own shirt. They wore it tucked out, loose and short. Douglas said they would buy used.”

Bobby Gillespie is known as being a member of the Scottish band, Primal Scream, but he was initially the drummer in The Jesus and Mary Chain. He was very iconic musician. The polka dot shirts in this collection was inspired by Bobby’s outfit on Primal Scream’s first album “Sonic Flower groove” (1987).These fan-maniac ideas and the pursuit of reproducibility have made “The Salvages” unique. During this interview, Earn was charming and spoke like a child absorbed with his loot in his toy collection of record collection rather than an apparel business man.
Finally, he spoke about his thoughts on the collaboration with TOKiON the STORE.
“Before the internet age,“TOKION” was an educational hero. I was excited, and think it’s so cool, to be involved with opening a store so greatly influenced by this entity. This is a huge event in my life so I’m really excited for it.”

Earn Chen
Having founded many institutions, from Ambush store, Surrender store to Potato Head Singapore, Earn was at the frontline of introducing and raising the awareness of street fashion / youth culture to South East Asia in the 90s.Currently He runs his own label The Salvages with partner and designer Nicolette Yip.The Salvages has since gained a cult following with their sold-out pieces and designs rooted in Earn and Nicolette’s love for alternative culture. 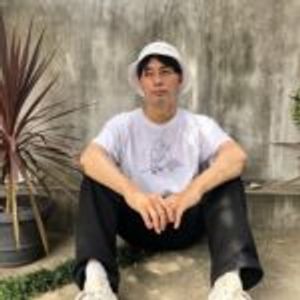 Witer.After working as a sales clerk at the import record shop JET SET and a manager in the production department, now a member of Lada Productions. While working on various artists' production and label business, there are a few miscellaneous articles about pop music. The hobby is watching F1.
See Gikyo Nakamura’s other articles