The strong eyes of young people looking through the lens are genuine and real. NY-based photogra-pher Marie Tomanova from Czechoslovakia never misses their dreams and hopes. A portrait series “Young American” captures young people who live in their own way in a society of extreme turmoil. Her first photobook of the series is sold out, and Ryan McGinley admits that her breakthrough doesn’t stop. This fall, as part of Germany’s largest photo festival “EMOP Berlin 2020”, the largest solo exhibition “Live for the Weather” was held at the Czech Center Berlin. The show included ap-proximately 250 works from three series, including the title work “It Was Once My Universe,” which re-examined herself and her return home, her masterpiece “Young American,” and her newest work “New York New York” shot in NY during the lockdown. Marie traveled all the way from NY to Berlin for this solo exhibition. “I didn’t know if I could travel to Berlin or hold it until two weeks before the opening,” Marie said and looked relieved. What message does she want to convey who left hometown and continues to take pictures at her second home in NY?

―― It seems that the work “Live for the Weather” was shot in your hometown before you came to the United States.

Marie Tomanova：Right, it was taken in my hometown of Mikulov, Czech Republic, from 2005 to 2011 when I went to the United States. Back then, I didn’t have an iPhone, so I shot it with a camera phone, the only one in my small town. I took more than 7,000 photos that were meant just for myself, for my personal archive. They were filled with memories of friends, love and broken hearts, and youth dramas. I never thought I would show it to someone or include it in an exhibition.

―― It is very personal and emotional work. Do you have any feelings now that you are based in NY?

―― You showed them as a video work as well. The BGM was “London Calling” by The Clash. Is it a memorable song?

Marie：Actually, I didn’t really know it at all. A friend, Sam Centore, who edited the video added it because it matches the work perfectly. And it also gave me the title of the work because I thought they say, “Live for the weather,” in the song. In fact, I mostly listened to Czech music. I love a band called J.A.R, and at that time, I participated in all their concerts. During my stay in Prague last year, I went to their live show after a long time. It was nostalgic and fun. I also love the band called Lucie. For me, these two are the iconic Czech bands of the ’90s.

―― Music makes us return to the mood of those days, just like photos.

Marie：The title of the work is often inspired by music. “Young American” is from David Bowie’s song, and “New York New York” is from Grandmaster Flash and the Furious Five.

―― “New York New York” is a new work shot during the lockdown this year.

Marie：The lockdown started just when I returned from the Czech Republic in March. I couldn’t go any-where and meet my friends, so I spent all my time at home. At that time, there were a lot of police officers and protesters in the city. Partly because of BLM (Black Lives Matter), the police officers arrested people at night. I’m an immigrant and even with a green card. I didn’t feel safe to go out when the sun went down because I didn’t know what would happen. In addition to that, fireworks went up in the neighborhood at night, which caused stressful days and sleepless nights. It was ex-tremely crazy.

――When were you able to start shooting?

Marie：From July, I finally met people and started shooting on the rooftops and along the river on sunny days. It was essential to meet and talk with my friends about our self-quarantine days, BLM, and fu-ture hopes. It was very special to see people again after such a long time. The work “New York New York” was born at that time. “Young American” is a portrait series that captures the people them-selves, while “New York New York” is a work that captures the space, moments, and feelings. It is also a portrait, but also a portrait of New York City. Like a photograph of my friend Isabel, a skater girl with injured elbow standing in front of flowers on the Lower East Side.

―― I have the impression that each work values the connection with the subject. Is there anything you keep in mind when shooting?

Marie：It is important that the subject feels comfortable and happy and they open their hearts. Most of the photo shoots was our first time meeting, so it is important to me to relax any tension and connect with each other. I always start by asking where are they from and getting to know them. Everyone in my home town knows each other, but NYC is different. Each person has a different origin, past, race, religion, and most young people have dreams and gather in this city. It’s great to see life from different perspectives through them, and that’s why I like to meet and photograph people.

―― What do you want to express as a photographer at this time?

Marie：The main messages in “Young American” and “New York New York” are all the same. Everyone is hu-man, a member of this world, should be able to be themselves, and have the same opportunity. Diver-sity and equality are significant to me. For example, in the Czech Republic, it isn’t easy to work as a female artist, that’s why I came to the United States. I still remember a university professor saying, “Only male artists can succeed.” This is the story of 2010, not the story of the ’80s. Break down the barriers of race, religion, and class, take good care of yourself and spread love. This is what I’m trying to convey. Not only the reaction from young generations, but it really touches me and makes me hap-py that the audience in their 60s and 70s come to me and say “Thank you for showing us hope.” The youth captured in my photographs gives them hope that the world is going in a good direction.

――It’s wonderful that it has reached generations. How was your first visit to Japan in August last year?

Marie：Incredible! It’s the best trip I’ve ever had. Everyone I met was wonderful and had a good time. Actual-ly, when I exhibited at EEP Berlin in Berlin last year, I met Seiichi Kato of MODEST BOOKS, and he connected Japan and me. He introduced me to Kazuo Suzuki and “Lula Japan” and to Daikanyama Tsutaya Books where I held a book signing event, and I was able to come to Japan. When I was look-ing for an exhibition place in Tokyo, my NY friend Shimpei Nakagawa introduced me to Shin Oki-shima, the owner of SO1 in Harajuku where I had the show “Like a Dream”. The trip was only two and a half weeks, but it was incredible. It really was like a dream.

―― It was realized through the connections of various people. Where did you go during your stay?

Marie：Shin took me to great restaurants. I went to Tonkatsu Tonki in Meguro on the first night. Also, “Narukiyo” is amazing as well. Not only their food, but the menu table here was great. I received it at the end and went into the kitchen to take a picture together. Kazuo also took me to an amazing res-taurant on a beautiful little street to celebrate our collaboration. It was very special.

―― You shot young people on the street in Tokyo, did you see any difference compared to other cities?

Marie：I photographed the people who came to the exhibition and the people I saw on the streets. As I said before, I usually talk and shoot, but it was a little difficult because of the language barrier. People who came to the exhibition were easy to shoot, but sometimes people I talked to on the street were surprised. Even so, it was excellent to be able to take photos in Japan. I showed it at an exhibition in Prague last year, and everyone was curious about the culture and style they had never known before.

―― It sounds like an exchange transcends generations and national borders in each city. I’m looking forward to your future success.

Marie：Next year, I plan to stay in Mikulov to take part in a month – long Residency Program. It will be the first time that I will be home for such a long time, so I’m excited. For the moment, I’m working on the next photobook, I’d like to introduce and launch in Japan again. I can’t wait to go back to Ton-katsu Tonki and Narukiyo!

Marie Tomanova
Born in former Czechoslovakia. She left for the United States in 2011 and currently based in NY to create works that focus on identity, sexuality, gender and diversity. Since 2015, she has been working on the portrait series “Young American”, which shoots real young people in NY, and released it as the first photo book in 2019. In the same year, she made her first visit to Japan with the solo exhibition “Like a Dream” held at SO1 in Tokyo.
www.marietomanova.com 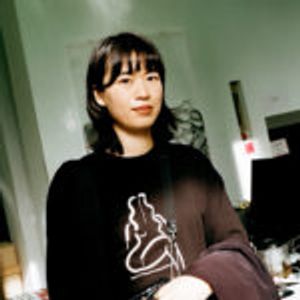 Born in Hiroshima, Japan and moved to Berlin in 2012. She has been planning, reporting, and writing mainly for fashion and culture magazines. This year, she launched RISIKO, an independent magazine that introduces the "now" of Germany's underground music scene. The theme of the first issue is "WALL," and it features Krautrock, Neue Deutsche Welle, Hamburger Schule, and 30 other musicians living in Germany today. In this issue, we pick up 30 musicians from Krautrock, Neue Deutsche Welle, Hamburger Schule, and other contemporary musicians living in Germany, and unpack the current scene through their words. www.yukikoyamane.com   Instagram：@risikomagazine
See Yukiko Yamane’s other articles