Looking up, Tokyo skyline is changing. Buildings are being demolished to make way for the coming Olympics. Looking down, there is infinite information available on my phone. In these times where standing still is impossible and the days fly by so quickly, I felt something was missing. I looked around. There must something to observe. There must be a way to slow down.

An article from local paper also came back to my mind. It was about people a who listened to stones. The Anoshu are a group of stonemasons who orally passed on their technique for over 400 years. Their stone walls are made by stacking stones without shaping or altering them. The article mentioned a stonemason called Suminori Awata. I became interested in the idea of listening with stones, but I couldn’t find much information about the Anoshu and their technique.

The Anoshu lived in Anata (present-day Sakamoto, Otsu City, Shiga Prefecture) on the west shore of Lake Biwa in the province of Omi. They were skilled at naturally stacking stones without shaping them and in the Azuchi-Momoyama period (1568-1600), when Oda Nobunaga heard of the engineering that prevented the stonewall at Hieizan Enryakuji from falling, he hired them to build the walls of Azuchi castle. The Awata family is the only family in Japan to have inherited the technique.

Can you hear the voice of a stone? It might sound spiritual, but this traditional technique has over 400 years of history. What sort of training did the Anoshu receive? Perhaps they have an answer to the anxiety that can be felt in a city like Tokyo. With such questions and some hope, I decided to contact Mr Awata.

Moe Nishiyama Hello, nice to meet you! The theme of our magazine is Observation. In this day and age, it has become easier and more convenient to look up for information. I think it is becoming more difficult to sharpen one’s senses and believe one’s eyes. I contacted you because I think there could be some important advice for us from the Anoshu and their 400 years of history of listening to stones. I was wondering if you could tell me more about it.

Suminori Awata Listening to stones has been passed down from previous generation 13th Anoshu head mason, Makizo Awata. First, you look at the stones and consider the type of wall you want to build. You observe and imagine. You look at a stone and think where it wants to go, and you slowly build up an image in your mind. The biggest part of our work is selecting the stones. After this step, that’s 70-80% of the job done. So how you look at a stone during that process is very important.

Nishiyama：How long do you spend selecting the stones?

Awata：It depends on the scale of the masonry, but we usually study the stone for about a day or two. If it’s a big stone wall, then it may take a week. As mentioned, the saying, listen to the stones and put them where they want to go, was passed down from the last generation. In today’s words, I think it’s close to observe carefully. Look with your own eyes and think. We call the visible side of a wall the face. Knowing the face, the vertical and horizontal sides of a wall is the most basic aspect of masonry. “Can’t you see the face?” At first, I was often scolded about it.

Nishiyama：I didn’t know that a stone wall had a face… So for you, choosing a stone, or listening to a stone means trusting in your own eyes. Is that so?

Awata：Yes. The way you choose a stone reflects your personality. For example, if my grandfather, my father and myself were each given 100 identical stones, we would build 3 different walls. It’s all about personality.

Nishiyama：Can you tell who built a wall just by looking at it?

Awata：For most of them, yes. My grandfather was quite delicate and meticulous. My father is rough around the edges. I am somewhere in between the two. My grandfather was able to draw everything in his mind. I’m not there yet, so as the scale of a project grows, I go looking for stones again and again. Every time I find one and look at it, the sketch is redrawn in my mind.

Awata：It’s only in my head. If you intend to build a stone wall before observing the stones, you are likely to choose beautiful stones, with a pretty shape and easy to stack. But a stone wall made of beautiful stones only is not interesting at all. So, if you make a drawing beforehand, you will end up with what I call an ideal stone wall. And I am not interested in this at all.

Nishiyama：Although you have a plan in your head, you don’t try to build a nice wall. Now I’m really confused. Do you have some kind of criteria when choosing the stones?

Awata：My grandfather told me that a stone wall is like human society. There are beautiful stones, dirty stones, ugly stones. Some are big, some are small. Other are sharp, or round. The world is made up of those relationships. When I first started, I wanted to build nice walls, so I only chose beautilful stones. That’s when my grandfather told me “Would a world with beautiful women only be interesting? Who are you going to pick? If there aren’t any ugly girls out there, how will know which one is pretty?” That’s how I learned that every stone, big or small, has a role to play. Every single thing matters.

Nishiyama：That’s why, even when looking at the uneven stones piled up, there is a sense of strange harmony between them.

Awata：For example, the role of a small stone could be to make a large stone look bigger. It’s important to bring out the individuality of each stone. By placing ugly, rugged stones next to beautiful ones, you can reach a sense of beauty. By the way, it’s hard for moss to grow on a beautiful stone, but it’s easier for moss to grow on a rough stone. So, by placing beautiful and ugly stones together, I can get an idea of what the wall will look like after decades, even centuries. Also, the colors vary slightly from place to place, depending on where they come from, so I try to arrange them separately. Once you’ve piled them up, step back, and take a look. Observe the whole thing.

Nishiyama：So rather than looking at a single stone, it is important to harmonize the differences between them. Where does the ability to find the right stone come from?

Awata：At first, the job of a young child is to find a small stone to put between the large ones. Unless you walk around in the mountains all day long and search for stones, you won’t find a natural stone to fill the gap. Of course, you can cut or grind stones into a triangle and it will fit. But that’s easy. So, what is important is a good training. Our job is to handle natural stones. So if we place an altered stone, it will stand out and look unnatural.

Nishiyama：So, a perfect fit is not good enough. It’s not easy, is it?

Awata：There is a meaning to choosing a stone. It’s hard to say whether it’s a good or bad one just from its surface. I can tell when someone isn’t thinking when picking stones, and I always ask: “Are you looking at what you’re doing?”

Nishiyama：How do you feel when choosing stones? Has your training finally allowed to find the right stones?

Awata：No, it’s still a long way off. I still don’t really understand. My grandfather was a well-known Anoshu, but he kept saying: “I will train until I die.” The ultimate goal of us masonry craftsmen is that when we collect 100 stones, we will use up 100 of them, and at the end, no stones will remain. But it’s not that easy. We must train every day.

Nishiyama：It’s not important whether you chose a stone or not, but rather that all stones fit together without being chosen.

Awata：You can tell how good or bad a mason is by looking at how many stones remain once a wall is complete. You can’t have an ego. Castles and stone walls are rooted in the community, so everyone in the community should work together to build them and protect them. It’s not just a matter of good or bad skills; it’s also about making the people of the city happy.

Within an hour or two of our first meeting, I forgot how nervous I had been and got lost in the conversation with Mr Awata. The diverse collection of stones, no two of which are the same, creates a unique harmony. After this Zen-like exchange, I felt like I was catching a glimpse of the truth behind the masonry. It was still hard to believe. The work is made by human hands without any arbitrary intentions, and yet it is perfect and harmonious. Although Mr Awata looks at stones, he actually observes something much deeper: the roots of human society.

After the interview, we went out of the building. I had to look at the stone walls. I asked Mr. Awata where I could see his work. I walked up the slope in the direction of Hiyoshi Shrine, climbed up and down the steep stone stairs an kept walking along the Sakamoto approach. I can still vividly recall the view of the half-day walk along the approach to Sakamoto. Under a light cloudy gray sky, the branches stretched out in the cool, quiet air at the beginning of spring. The harmonious combination of cherry blossoms and a series of stones of various shapes and sizes, full of force, is a sight to behold. It would be a bit cliché to say that, but it was really, really beautiful. And I’ll never forget the taste of the buckwheat buns and green tea I ate halfway along the path.

Suminori Awata
15th generation stonemason of the Ano-shu Guild and president of Awata Construction Co. Spent his childhood around masonry sites around Japan, and upon graduation from junior high school, became the pupil of his grandfather, Makizo Awata, 13th head of the Ano-shu Guild. As the successor of Makizo, Suminori became head of the company at the age of 20. He is also actively involved in overseas masonry workshops. 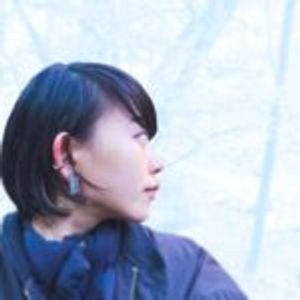 Editor. She graduated from the Department of Integrated Design, Tama Art University. After she experienced editing and designing work of PERK magazines, she set up as an editor. At SPBS, she participated in the launch of "SPBS THE SCHOOL". She is involved in research, planning, writing, curating, and placemaking, with editing as her base. She is currently seeking a new form of creation born from magazine-like editing that crosses fields. Instagram：@moe.ninnjinnlove
See Moe Nishiyama’s other articles