For the first time in nearly a year, Shintaro Sakamoto is releasing new songs. The new singles, titled “The Feeling Of Love/Obscure Nightclub” and “By Swallow Season/Don’t Tinker With History,” are scheduled to be released in both November and December. And they were recorded with a familiar cast of characters: AYA on bass, Yuta Suganuma on drums, and Nishiuchi Tetsu on flute and soprano sax. Consequently, the stripped-down, minimalist band picks up where they left off. But if you listen to Sakamoto’s lyrics, he sings about some of today’s social issues, like the divide between people with different values or the spread of historical revisionism. And in 2020, in the midst of a pandemic with no end in sight, I caught up with Sakamoto to ask him what was on his mind when he created his four new songs.

I tried to record an album at home, but I realized a band would be better.

What have you been up to these past six months?

Shintaro Sakamoto: My live shows scheduled in April were postponed, so for a while, I was feeling pretty unmotivated. But there were a lot of songs I’d been sitting on, so I figured I could record an album at home. So to inspire myself, I went online and bought an old drum machine that I’d been wanting for a while.

What type of drum machine did you buy?

Sakamoto: This thing called a Maestro Rhythm King that Sly Stone used to use. Also, I got excited and bought an Ace Tone FR-1. And that motivated me for a bit, which led to my four new songs.

So your new singles were recorded in the studio with your band, but the original plan was to record at home?

Sakamoto: Yeah. But then there was talk that we might still play the postponed shows, so I put a pause on home recording to rehearse with my band in the studio. Then I realized that a studio recording was better after all. In the end, those shows ended up being cancelled, so we figured that we may as well use the studio we had reserved for practice to record.

Are you still working on music with the drum machine?

Sakamoto: Not at the moment. I’ve always liked music that sounds like something off of a demo tape made with an old drum machine, and I collect records like that too, so I wanted to try it for myself. But then I thought that there would probably be a lot of home-recorded albums coming out, so I quickly lost motivation. So this time, I decided to record with everyone.

Do you already have enough songs to make an album?

Sakamoto: Yeah. I’ve been working on songs for 2 or 3 years, but they lacked a “wow” factor, or I guess they just didn’t feel as new as my previous songs. There were a few songs I put aside for that reason, so I thought I’d add lyrics to them and finish them anyway. I made my four new songs that way.

Since I can’t play live, I’ve been able to revisit how I felt when I made my first solo album.

“The Feeling of Love/Obscure Nightclub” are both songs about places where we gather to listen to music. It’s the same theme as the song “Disco Is” from your album “Love If Possible,” but at the same time, I thought it sounded like it was about music venues and clubs during coronavirus.

Sakamoto: I think naturally, that was part of it. But it wasn’t like I set out to write songs like that—it’s just that when I’m writing lyrics, sometimes what I’m thinking about at the time just comes out. It’s always that way, but when I make a song, I think of the melody first, and then I look for words that fit with the melody. So it’s not like there’s a theme from the beginning.

Sakamoto: Right. I mean, isn’t that something you just shouldn’t do? The accumulation of records and data is what led us here today, and we’ve made progress through learning from past mistakes. So if we change that, we lose the foundation for everything. This isn’t just a political issue. Let’s say there’s someone who wasn’t a big deal in the past, but then in the present, they’re treated like a big deal. Or someone who was actually cool in the past fades into obscurity in the present. If we can look at the records and reassess, we can find out the truth, but if people mess with the original records, everything falls apart. I don’t think there’s anyone who’d say that’s okay to do.

How do you write lyrics?

Sakamoto: It’s more of a process of elimination. I keep deleting words that I feel like are wrong in terms of meaning and nuance, and from there, I make lyrics that I feel like I could sing. It’s not that I think you should only sing what you’re thinking, but that being said, I can’t sing something I’m not thinking. So the content becomes limited, and it quickly becomes like threading a needle. Although, it’s totally fine to make a song that’s meaningless and confusing but interesting—actually, that’s better.

In comparison to your past work, where do you feel your two recent singles stand? Personally, I felt continuity with your previous music.

Sakamoto: I feel like I did what I could do for now. There was a period where I made three albums without playing any live shows, but when I started playing live again recently, I couldn’t keep creating music at the same pace. But with my new songs, since I couldn’t play shows, I felt like I’d returned a bit to how I was feeling around the time of the earthquake, when I made my first solo album.

What do you mean by your feeling around the time of the earthquake?

Sakamoto: The feeling of not having any plans, and just thinking about making new songs. It’s just different when I have shows. Even if I go into the studio, it’s like I’m thinking about playing live.

I’ve learned that I can only make things according to my taste.

How did you feel about starting to do live shows again after taking a break?

Sakamoto: It was really fun. I went to places I never expected to go, and even this year, if corona didn’t happen, I had plans to do an overseas tour. So it’s sad to think that I might not be able to do stuff like that from now on.

With our current situation, everything is a bit unpredictable—but what do you think the future holds for musicians?

Sakamoto: I have no idea, but there’ll probably be people who quit. There might also be people who don’t want to make music anymore. People who sing even if they can’t do live performances will keep singing, and people who make music even if they can’t release it will still make music—but I don’t think everyone is like that. Also, gathering everyone for a performance is a more precious experience than ever. Even I can sense that. I made my new songs according to my usual style, but I don’t really know what things will be like going forward.

How developed is the vision for your next album?

Sakamoto: I’m not set on going with a specific concept or anything like that. In any case, I don’t think it’ll be anything too different from my other albums, and it’s hard to imagine that there’ll be a big change in my musical style. I’ve learned that I can only make things according to my taste.

Do you mean that your music taste hasn’t changed?

Sakamoto: Yeah, it’s always been the same. I have really specific preferences, so even when I buy records, I’m just looking for records that are new to me but still match my tastes. I feel like I rely on timing and intuition to keep adding to my internal list of great songs

Is there anything you’ve added to that list of great songs recently?

Sakamoto: This song called “Maureen” by a guy named Jake Sherman is good. I listened to it at a record store, and recently I’ve been really into that song. The voice is a bit screwed, and it’s sort of simple and slow.

Do you still often find songs you like at record stores?

Sakamoto: Yeah. I still buy records at Disk Union all the time. You can find songs you like more efficiently with a streaming service, but when you can listen to anything, I think your sensitivity fades a bit. So I intentionally limit how much I absorb, and try to catch something that I meet by chance. I try to find records using my intuition, or I listen to the recommendations that record stores post on the internet. Also, my friends introduce me to a lot of music. And even just checking things that come up on YouTube’s recommendations is more than enough.

Shintaro Sakamoto
Sakamoto was born on September 9th, 1967 in Osaka. He began his career in 1989 as a guitarist and vocalist in the rock band “Yura Yura Teikoku.” After the band disbanded in 2010, he launched his solo career and started his own record label, “zelone records.” He released his debut solo album “How To Live With A Phantom” and second solo album “Let’s Dance Raw” through NY’s Other Music Recording Co. His 3rd album, “Love If Possible” (2016) was released in the US/EU/UK through Mesh Key Records. He has provided music and artwork for various artists, and involves himself in a wide variety of other activities.
http://zelonerecords.com 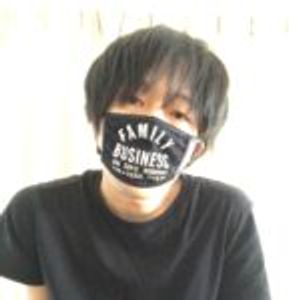