vol.0 What do you mean by science fiction?
vol.1 Makeup, Fashion and Transformation

In this article, we will take a look at the origins of “Cyberpunk” and the pivotal role that Japan played in it.

Cyberpunk is a popular subgenre of science fiction that captured global imagination with the rise of personal computing, and the vast possibilities that it represents. In addition to science fiction and film, cyberpunk also serves as the fertile ground for recent or upcoming blockbuster games like Cyberpunk 2077, Cloudpunk, Vigilance 2099 and Stray.

What exactly does the term cyberpunk mean? What has “cyber” to do with “punk” in music and fashion?

The Birth of Cyberpunk

Cyberpunk has a rich forty-year-old history. First of all, the word “punk” originally meant “gangster,” “troublemaker,” or “a young inexperienced person.” Music critics used the term “punk” in the 1970s to criticize and dismiss rock music. And the word “cyber” means computer or network. Together these two words make quite an unusual yet youthful neologism — cyberpunk.

In 1983, when Nintendo released an 8-bit video game console called the Family Computer (Famicom), it coincided with the spread of a new buzz word — “hacker” — which was then trending in the Anglophone media. Computers were now becoming common at homes, and concepts like “cyberspace” and “cybercrime” were suddenly hot topics for primetime debates and discussions. Set against the backdrop of the Cold War, early cyberpunk fiction used classic plot ideas like espionage, hardboiled or power struggle to provide insights into a rapidly changing “wired” world amidst the climate of political uncertainty, high international tension and information revolution.

Vernor Vinge’s 1981 novella Magician of the Microchip was one of the first science fiction works to depict online romance and powerful computer intelligence (AI). In the novella, people try to figure out each other’s true names and identities on the Internet — an apt foresight on Vinge’s part.

However, the true milestone for cyberpunk came in the form of William Gibson’s 1984 novel Neuromancer. It established the standard mise-en-scène of cyberpunk: hackers with nervous system networks, megacorporations with huge power, a big Asian-flavored city, and so on. The first part of the novel is titled “Chiba City Blues.” For Gibson, who saw modern Japan as “simply [ …] cyberpunk,” the future was less anglicized, morediverse and cosmopolitan.

Gibson’s counterpart, Bruce Sterling, played an instrumental role in the subgenre in the 1980s with his critical works, short stories and novels including Schismatrix (1985). This earned him the nickname “Chairman Bruce.” Set in a far future post-human world, Sterling’s stories and his novel Schismatrix feature mechanist people with extended abilities and lifespan in the Shaper/Mechanist series.

Who is the godfather?

While William Gibson’s name has come to stand for the cyberpunk genre, he wasn’t the first to come up with the actual term. The term was coined by another American writer Bruce Bethke in his short story “Cyberpunk,” which appeared in Amazing magazine in 1983. (You can read the full story here on infinity plus.) According to Bethke, “Cyberpunk” was a series story he had been writing since 1980 in which a 15-year-old boy hacks computers with his friends. His repeated delinquencies lands him at a private school far away. Now isolated, he yearns to get back with his friends.

The credit for one of the first definitions of the term “cyberpunk” goes to the SF writer and anthologist Gardner Dozois. In a 1984 Washington Post article, he described this new vein of science fiction: ‘a self-willed esthetic “school” would be the purveyors of bizarre hard-edged, high-tech stuff, who have on occasion been referred to as “cyberpunks” — Sterling, Gibson, Shiner, Cadigan, Bear.’

A little later, tactical role-playing games (TRPG) greedily embraced cyberpunk culture. R. Talsorian Games, Inc. released Cyberpunk in the US in 1988. The company applied for the trademark in the US in 1989, with RPG games as the primary service. Cyberpunk 2077, developed by the Polish game company CD Projekt, is an adaptation of the series. Cyberpunk 2077 was assigned the trademark from R. Talsorian Games, Inc.

In 1989, FASA Corporation of the United States also released Shadowrun, a TRPG that combined fantasy and cyberpunk. It has also contributed to the spread of cyberpunk.

Waking Up from the American Dream

“Sex, drugs, and rock ‘n’ roll” was a catchphrase that described the youth culture of the 1970s, and it’d come to mark and characterize cyberpunk with decadence for decades to come.

“It seemed to me that midcentury mainstream American science fiction had often been triumphalist and militaristic, a sort of folk propaganda for American exceptionalism. I was tired of America-as-the-future, the world as a white monoculture, the protagonist as a good guy from the middle class or above. I wanted there to be more elbow room. I wanted to make room for antiheroes.”  (William Gibson, The Art of Fiction No. 211, Paris Review, 2011)

In “Cyberpunk in the Nineties” (1991), Bruce Sterling wrote: “There is much bleakness in cyberpunk, but it is an honest bleakness.”

Gibson and Sterling — these two central figures of cyberpunk seemed disappointed in the society for they often depicted dystopian worlds that were harsher than reality. In fact, both authors chose to leave their home country — the United States. Gibson emigrated to Canada in 1967 while Sterling moved to Serbia in 2000 and then to Italy in 2007.

Pat Cadigan, another important US-born author of the subgenre, who won the Seiun Award for Best Foreign Short Story in 2015 for “The Girl-Thing Who Went Out for Sushi” (translated by Yōichi Shimada), also moved to the UK in 1996.

After “waking up” from the American dream, many dreamers and creative minds of a generation chose to entrust their dream to Japan.

Why is cyberpunk influenced by Japanese culture?

Even though the 1982 film Blade Runner is the originator of flying cars in neon city with bright advertisements, it was released before the “cyberpunk” genre had established itself in the popular imagination. An adaptation of the novel Do Androids Dream of Electric Sheep? by Philip K. Dick (1968), the dark landscape of the future Los Angeles in the film was actually inspired by Shinjuku Kabuki-cho town that director Ridley Scott visited while he was in Japan.

At the time, the Japanese economy was booming. Many cyberpunk writers wrote Japan in their works because they saw Japan as the next big country — if not the most happening thing. Since Japan was relatively unknown to outsiders at that time, there was room for imagination to grow freely.

Understandably, or not, the foreign depictions of Japan in cyberpunk were often weird and funny. Some researchers are engaged in such techno-orientalism. Anyway, such crude depictions continue to amuse Japanese people living in Japan, and have led to parodies like webnovel Ninja Slayer that has been serialized since 2010.

While Japan provided the genre-defining elements for the early classics of cyberpunk, Japan is no longer alone in serving as an inspiration to writers abroad. For example, George Alec Effinger’s Marid Audran Trilogy (aka The Budayeen Cycle) is set in the 21st century Middle East.

Finally, let’s talk about the origins of cyberpunk in Japan.

In her story “Mental Female” (1985), Mariko Ōhara (1959-) imagined Tokyo City covered with 100 billion TV displays. In the story, the computer that controls the city falls in love with another computer!

Touno Tsukasa (1957-) made his debut with “Red Tears” (1986), a story about psychotherapy using a brain scanner and an android to help the patient with self-objectification. It was published in Hayakawa’s SF magazine’s Cyberpunk special issue (1986 Nov.). “Red Tears” appears to be very cyberpunkish but Higashino’s main concern while writing the story was the human brain rather than telling a cyberpunk story. (“Afterword for the electronic book edition,” Multi-task Vol.1: Red Tears and Other stories, Adrenalize Inc., 2017)

Goro Masaki, who was the winner for the 1987 Hayakawa SF Contest, made his debut with the cybercrime story “Evil Eyes.” The story’s protagonist is a software designer who gets kidnapped by a cult. Even though his debut collection had a foreword by Bruce Sterling, Masaki has said that James Tiptree Jr.’s story “The Girl Who Was Plugged in” (1973) had a stronger influence than cyberpunk (p.549, “Commentary”, SF Magazine Selections 1987, Hayakawa Publishing,1987.) “Evil Eyes” and “The Girl Who Was Plugged in” both depict a person becoming a total different person using computer — like we create a new digital identity or avatar.

Known for the global sensation Ghost in the Shell, Masamune Shirow portrayed a society controlled by a super computer in his self-published comic Black Magic in 1983.

Japan’s early cyberpunk was very much a product of a parallel evolution. Creative works about computers rapidly attracted attention and blossomed all at once in Japan, and not necessarily under the influence of American cyberpunk novels.

That said, the literary style of Japanese cyberpunk has been influenced by Kuroma Hisashi (1951-1993)’s translations. He was a translator of Neuromancer (Hayakawa Publishing, 1986) and many other works by William Gibson. He established his own Japanese to English translation style like the use of “……” instead of question mark, the frequent use of katakana as rubi characters next to the kanji characters, and elimination of the third-person pronouns (he or she) by using the names of people instead.

Best-selling Writer Keikaku Itoh (aka Project Itoh, 1974-2009), was one of the authors fascinated by Kuroma’s style after he read Neuromancer in junior high school:

“However, now that I think back on it, it was probably more about Hisashi Kuroma’s coolness than Gibson’s.” (“Author Interview: Keikaku Itoh”, Anima Solaris, 2008)

The significant works of cyberpunk extrapolated near futures in which technology is ubiquitous. Ironically, the failures of such prediction is what distinguishes cyberpunk flying cars and androids today. And the retro-ness of cyberpunk settings makes the works in the genre even more distinct and attractive.

Cyberpunk is not dead since we can not imagine the future without computers and the Internet. How has cyberpunk changed after the 1980s? I will reserve my opinions for another column.

For now, here’s my endnote:

“We have no future because our present is too volatile. We have only risk management. The spinning of the given moment’s scenarios. Pattern recognition.” (William Gibson, Pattern Recognition, 2003) 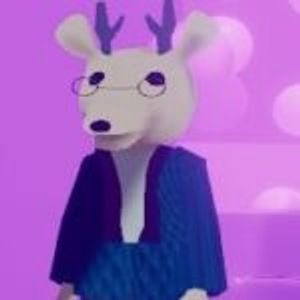