Croket is art. I say this as someone who does art, so it must be true.

Just so there’s no confusion, I did not say that Croket is an “artist.” Yes, Croket is a bona fide entertainer. As an artist, I imagine that what he does is very close to “art.” The arts and the performing arts have different roles to play in the society in the first place.

What about art, on the other hand? The situation here is much different. If you think you should do something, you have no choice but to keep doing it. This is the nature of the artist. Even Van Gogh was like that. Before he died, he was only popular for his brother Theo and a handful of people. But in his short 37 years of life, he kept on drawing nearly a thousand oil paintings which didn’t sell, as if to say if he didn’t do it, who else would. And it eventually began to work like a body blow. It is only now that the world has come to realize the great benefits of his works. The effect may be slow, but it comes from deep within the body and mind. It is just like Chinese herbal medicine.

Entertainment is a quick fix. Art is an herbal medicine. These two most important elements add the vigour to our lives. It’s how culture is fostered.

Croket is seriously thinking about how to crack people literally around the clock. He is a true entertainer. As I said at the beginning of this article, there are curiously many similarities between the entertainment done by professionals and the art although they are at the opposite ends of the spectrum.

Let’s take for example, an often-discussed theme in art industry circles “original and copy.” In the old days, everyone thought that original was great. Copy or imitation was considered to be a fake, something inferior, one down from original. The so-called original myth was rife.

It was turned on its head by Andy Warhol. The pop art star created a work called Marilyn Monroe in 1962. A black-and-white photograph of the actress Marilyn Monroe was simply replaced by a colorful silkscreen print. It was a copy work if you don’t mind me saying so. Warhol’s Marilyn Monroe was received with applause and people said, “This is what pop is all about.” Then after there is much talk about, we came to know about the original photo that his work was based on. The copy is treated as the real thing here, and subsequently the original photo came out quietly as if to say “I’m something that Mr. Warhol has made a copy of.”
This episode about original and copy is applicable to Croket in the entertainment industry.

One of Croket’s signature repertoire is to mimic Kenichi Mikawa’s talk and gestures. Mr. Mikawa is definitely a professional singer who is very good at singing. However, Croket got more interested in Kenichi Mikawa’s unique characteristic, his other added values, like the way he casts a flirtatious sidelong glance, twists his mouth when singing, and his queer language. Croket picked up Mikawa’s entertaining aspects other than his singing and elaborated them to crystalize into his performance of mimicry.

Original Mikawa then came to know about Croket’s mimicking him became popular, now he mimicked the mimicry and gained popularity. This mysterious phenomenon of double-popularity makes the question of original and copy almost irrelevant, just like the myth of being original in Warhol’s Marilyn Monroe.

Let me give you another example. There’s a term often used in the art world called “Dépaysement”, which fits perfectly with Croket’s mimicking technique.

Dépaysement is a prime example of the expressive technique of Surrealist art, which is described by the following phrase. “It is as beautiful as an accidental encounter between a sewing machine and an umbrella on a dissection table.”

This is a passage from Lautréamont’s poem, The Songs of Maldoror, and is often quoted as a good example of the Surrealist method. The implication is that an unexpected combination makes a novel surprise.

If I were to apply this to Croket, it would be something like this. “It is as interesting as an accidental encounter between the singer Hiroshi Itsuki and a robot-like Terminator on Croket’s body.

Mimicry of Hiroshi Itsuki’s singing and facial expressions topped with robot-like mechanical movements are strangely intertwined and a surreal scene is unfolded on the stage. Croket is nothing short of a surrealist in the mimicry field.

I personally think that Croket is far more than an entertainer or an artist. He is a “super comedian.” At least I take the liberty of calling him so.

CROKET
Croket made his debut in 1980 with The Birth of a Comedy Star on NTV (Nihon TV). Popular all over Japan, he has performed in prestigious venues such as Meiji-za Theater (Tokyo), Ozonza Theater (Nagoya), and Shin-Kabuki-za Theater (Osaka). He also regularly supervises the program of large venues such as Hakataza Theater (Fukaoka). His current repertoire consists of more than 300 different impersonations and includes different genres, such as robot talk, hip-hop dance, rakugo (traditional Japanese art of storytelling), opera singing, and collaborations with an orchestra. His popularity in Japan led him to perform abroad: USA, China, Korea, and Australia. 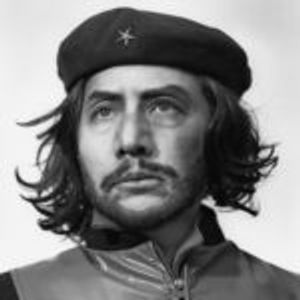 Born in 1951, in Osaka, where he currently resides. Completed his major studies and graduated from the Art Department of Kyoto City University. His first self-portrait as Che Guevara was made in 1985. Since then, Yasumasa Morimura has explored the concept of self-portraiture in art.
See Yasumasa Morimura’s other articles