Online communication, such as SNS, has seeped into society regardless of age or gender, further closing the distance and flattening the differences between people. However, it does not mean that the whole world is connected, rather we have seen an increase in things akin to “small villages.” Although this is a different dimension to before, within the closed “village” of SNS, intentional small villages are grouped according to hobbies and tastes.

Asserting opinions, confrontation or neglect, or other everyday events that have occurred in the past are now in places like SNS and are especially noticeable more recently. The most noticeable thing is not the conflict of opinion between 2 individuals, but the doctrine or assertion of an individual that are not based in reality.

Justice can also be violence.

The hashtag “#Protest the prosecution office law revision” was retweeted over 5 million times. Since then there has been a rapid increase in the flow of protesting things using hashtags. Certainly, as public opinion, the hashtag mentioned above moved the politicians. This is extremely important. Now it is possible to irresponsibly get involved in politics from one’s home.

However, I gradually felt uncomfortable about this situation. Is this trend really “rebellion of the masses?” This feels like we are consuming our rights.

Similar events happen daily. Idols shouting to not talk about politics, campaigns burning down, brands immediately withdrawing their projects, artists apologizing for their works of parody, and other conflicts with individuals on SNS are increasing daily. Brands and companies want to avoid these blazes, so they carry out their campaigns while being careful not to offend anyone.

People give their opinions to strangers for a sense of self-justice. Of course, it’s good that protest activities are thriving, but should all instinctual claims be sympathized with all rights? In an interview with a certain artist, I heard the phrase “justice is violence” and was utterly convinced. Everything turning to a justice that lacks love and understanding is terrifying.

Should an author’s true intent be told?

In the French philosopher, Sartre’s “Nausea,” the protagonist Roquentin felt a strong discomfort when thinking about the existence of people around him and was overcome with nausea. Why do people try to be who they are? Although they do no more than exist, he constantly wondered if the Meaning is born, or is necessary, in the first place. This feeling of “nausea” is the same “discomfort” that I feel.

And another thing! In the final scene of “The End of Evangelion” Asuka says “how disgusting” to Shinji, who tried to strangle her. Shinji continues by saying “I’m useless” then realizes it’s alright just to exist after being blessed. I interpreted Asuka resisting the protagonist, who knew the pleasure of self-fulfillment. I felt a sense of affinity with the discomfort of pursuing the essence of existence.

Returning to current events, the rebranding of the cosmetic brand “SHIRO” at the end of last year was a problem. There was a constant stream of negative opinions on SNS, regarding the renovation of the logo to match the renewed brand. However, this was part of strengthening the brand for global expansion, and the CEO, Hiroe Imai, said “after the renewal in September last year, every month has changed by around 170% when compared to the same month of the previous year” (as of March this year).

This information was not known on SNS. Rather, it would be closer to say that no one looked it up. We arbitrarily select our information, and I realized that this may only be people expressing their opinion on this. However, I also wonder if we should talk about everything. Also, when the chain store Lawson greatly redesigned the visuals of their private brand this year, there was an outpouring of critical comments on SNS. Then Oki Sato of nendo, who were responsible for the design, spoke to the media about the rebranding background.

Although it is important to listen to the consumer’s opinions, in each case, I feel pity for the person responsible being dragged in front of the masses, who hold different values. I can’t help feeling that there is an increase in consumers complaining selfishly, regardless of background.

There is a concept called “anti-intellectualism.” There are many authors on the subject, but this concept was first touched upon by Tom Nichols in his book “The Death of Expertise: The Campaign Against Established Knowledge and Why It Matters.” This culture of “admiring ignorance” after the rise of SNS set off warning bells. People say “Experts are only relied on as technicians. There is no conversation between experts and the general populace, they are just easily and simply used when and where they are needed for their established knowledge.”

Modern times have certainly fallen into this situation. The fact that the world is equal does not mean that all information is free. Despite this, information is handled equally and blindly, and discussions are held in the name of justice. There is a large amount of processes and information unknown to us behind that. Discussions without this are not discussions at all.

However, In SNS spaces, everyone seems to be rather “intelligent.” In the Feb. 2015 publication “contemporary philosophy” with the theme of facing anti-intellectualism, the sociologist Takashi Sakai sent a text titled “Anti-intellectualism in contemporary Japan.” Then under the idea that “the internet, is a place with a clear view of this modern “intelligence”,” he states “speaking in the extreme, to me, the modern Japanese landscape is void of intellectuals, yet everyone is competing to be wise.”

The recent situation is just like this. I can’t help but feel the countless accounts that claim intelligence and decency are late self-defense when making an argument. Everyone is becoming too serious. In other words, everyone is tied up in “an atmosphere where they cannot fail.”

This makes an atmosphere where we can’t say “I don’t know” or “I don’t understand.” There is a strong tendency to eliminate similar unknowns or uncertainty. The philosopher, Hiroki Azuma, in his conversation with Koichiro Kokubun said “if I say “I’ve experienced violence”, the conversation goes to “where is the evidence?” Faith in evidence is used in this way to suppress the weak.”

Namely, everyone is panicking to not be left behind in this world that does not forgive unknowing. It is the same for brands and business. National trends become more difficult, and the term Age of Diversity has been here for a long time, then within this, everyone is eager to differentiate. We are searching for a meaning to exist and our story. How will “discomfort” on SNS, born in this age, change in the future?

Part 2. The potential for “connecting” and “disconnecting”.
Social Media 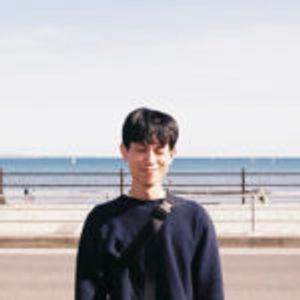 Born in 1991 in Osaka, Japan. Dropped out of the Graduate School of Medicine, University of Tokyo. After an editior of “WWD JAPAN”, a fashion industry newspaper, he became a freelance. In addition to writing for the media and managing owned media for several companies, he is also in charge of overall planning and strategy at L&G, a hotel venture company with HOTEL SHE, etc.
See Takahiro Sumita’s other articles