Due to the spread of movie distribution services, movie going is no longer a special activity and it is easy to share opinions or search for recommendations. However, because of this, I feel movies are being “consumed.” This series introduces works that follow a personal theme from celebrities who love movies.

This time, we talk with the designer of “Dairiku,” Dairiku Okamoto. He started his own brand while studying at the Vantan Design Institute, won the 2016 Grand Prix Asian Fashion Collection (AFC) and made his runway debut at New York Fashion Week in February 2017. One of Tokyo’s leading young designers, he has released a collection each season under the theme of “feeling his own roots and stories.” Film is an essential source of inspiration when talking about “Dairiku.” This time, we will introduce three films from American New Cinema, which is his favorite genre. How did films on the spirit of the American era from late 1960’s and 1970’s and the fierce message of young people from that time affect a young fashion designer more than half a century later?

How did you get into movies and what brought you to American New Cinema?

When I was in elementary school, my father and I rented movies every weekend and the store would rent out 5 films for 1,000 yen. One would be my favorite anime or a popular anime, and the other four films starred my father’s favorite actors, Steve McQueen and Bruce Lee, or war movies. My hometown was in Nara, but I went to my grandmother’s house in Tomitabayashi City, Osaka, to watch them and since there wasn’t anything else to do, I naturally went through all the movies.

Because of this experience, when I was in my third year of high school, I watched everything from classics or new releases for inspiration. I was attracted to endings which were unreasonable, left blank spaces, or made me think after watching them and was particularly into old movies.

“One Flew Over the Cuckoo’s Nest”

I saw One Flew Over the Cuckoo’s Nest in my third year of high school and I was moved by a mixture of emotions. Especially, the escape scene when the head cleaner “chief” lifted the hydrotherapy table to break the window and escape the mental hospital left me speechless because he believed McMurphy (played by Jack Nicholson) when he said that “Miracles happen to the lifter.” At the time endings other than happy ones were strongly imprinted on me and when I look back at it, I learned that the story was an antithesis to the social issues of the time and heavily ironic.

My favorite scene is when, while waiting for their turn to undergo electroshock therapy as punishment, McMurphy gives gum to Chief, a supposed deaf mute, who responds with “Thank you.” Even though he was of Native American blood, he knew he could live by killing his ego, just like McMurphy. The narrow community in the ward is bullied by head nurse, Mildred Ratched, who controls the patients with medication and rules. The feeling of opening secrets that cannot be spoken, or shared understanding between each other has many parallels with modern times. Each scene plays out problems that are still as prevalent now as they were then. I think that the world has been dragging out the same problems for 60 years.

Although lobotomies were actually used to treat mental illness, I got the impression that the patient’s mind was broken, and they became an empty shell to be controlled by others. The community in the ward represents the epitome of society, and when I look back now, it reflects the social situation of that time, and overlaps with the negative things I hear regarding the current pandemic.

A road every men’s fashion lover travels down

I came across this movie while using the keyword “biker style” to learn fashion. I watched the movie purely for its fashion, but now I’ve begun to think about the meaning of the movie a little more broadly. When making a collection, it can be a great opportunity to think deeply about the reason for creating it.

It is particularly easy to get caught up in the men’s fashion in Easy Rider. Many people were drawn to the wildness of this road movie, the manliness and style, etc., of Wyatt and Billy rather than story. The movie itself is like watching touring. The description of the drug trade at the beginning doesn’t make much sense, but the scene where a motel blatantly refuses them, and they have to camp outside around a campfire is picturesque and cool. In the next scene, they shelter in a cowboy-style farmhouse to fix a flat tire while next to them someone is shoeing a horse. I like the contrast between the past and present, which symbolizes America. The story kicks off after they meet George Hansen, a lawyer played by Jack Nicholson, but even until the shock ending, I was only interested in the actor’s style.

However, the ending can only be described as unreasonable as Billy was shot just from flipping off an overtaking car. The only emotion I felt was confusion. But there were other scenes I don’t understand even after watching again, so it’s a difficult film for me. As I get older, I feel my understanding will deepen, so I will continue to watch it regularly. By the way, Steppenwolf’s Born to Be Wild only reminds me of car commercials. It’s like this was the original material.

I came across this movie while researching Dustin Hoffmann’s style when creating a collection themed on the Ivy League style, and I honestly felt sleepy when I first was it (laughs). However, because I was the same age as the main character, I understood the conflict and anxiety felt during puberty, such as the urge to oppose the excessive expectations from your parents and vague worries about the future. I particularly like this view of the world and watched it over and over.

Of the 3 movies, The Graduate is the most understandable story, isn’t it? The scene of a bride running away from a wedding appears repeatedly in movies, dramas, and comedies. But this was after succumbing to the advances of a hard-bitten married woman, having many adventures, and ending up dating and falling in love with her daughter. The story of a jealous mother getting in the way of love and taking back an ex-girlfriend on her wedding day, is a novel and unusual story.

This has the most memorable ending of the three movies. After eloping with the bride and getting on the bus, their elation quickly changes to uncertainty. Even though they were with a loved one, the story ends on a dark expression that spilled out when considering the future. The lingering feeling that their relationship is distorted makes it unclear if the ending is happy or bad. I like movies that are incomplete, but I don’t think The Graduate would have left such an impression on me if I had a smile on my face at the end. TV dramas often depict many years later, but personally I am attracted to stories that end abruptly.

By the way, Dustin Hoffman’s natural tailored jacket and button-down shirt and tie and the style of the anorak and polo shirt in the last scene are excellent and remind me of my father on his days off. I also like the poster with Benjamin (Dustin Hoffman) standing behind Mrs. Robinson’s (Ann Bancroft) outstretched leg. If there is a cut-sew with that photo printed on it, I’d but it right away.

Many of the themes in previous collections were in line with movies, but they were expressed lightly rather than a strong message from the clothes. The previous season’s theme of a Taxi Driver was simply to look at Travis’s (Robert De Niro) style. I don’t include heavy themes like anti-war or anti-regime, I just want my fashion and style to open opportunities to watch movies. I hope people will be encouraged to watch these movies for the first time, or to revisit them. It makes me happy to receive comments via Instagram that people have watched some movies that I like. Just as I my way of thinking has changed through watching movies, fashion can bring you closer to a movie. 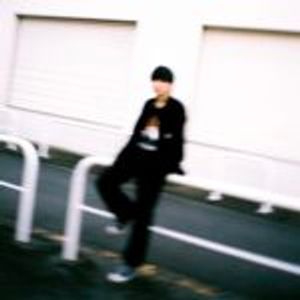 born in 1994 in Nara Prefecture. He launched his own brand, Dairiku while enrolled in the Department of Fashion and Design at Vantan Design Institute. In 2016, he won the Grand Prix Asian Fashion Collection (AFC) and made his runway debut at New York Fashion Week in 2017. His brand is based on the concept of "clothes where you can feel roots and stories" and he releases a movie-themed collection every season.
See Dairiku Okamoto’s other articles