With the rise of video streaming services, searching for recommendations and talking about new movies has become easier than ever. But as a result of this convenience, watching TV shows and movies no longer feels like a special occasion. Rather, it can feel like we’re mindlessly consuming film. In this series, influential figures with a love for film recommend movies that personally resonate with them.

We asked Nobuyuki Sakuma, a producer from TV TOKYO Corporation’s production division, to choose 4 films that would have changed his perspective had he seen them as a teenager. For teens going through an emotionally difficult time, his selection of old and new masterpieces might offer some guidance. And of course, for those who are no longer teenagers, these movies offer a chance to reflect on the past and see life in a new light.

In part 1, Sakuma talked about “And So We Put Goldfish in the Pool” and “The Half of It.” What movies will he recommend this time?

The third film I chose is “Gattaca”. This film depicts a future where society is driven by eugenics. In this world, a young man named Vincent (Ethan Hawke) is considered an “in-valid” because he was born naturally. Vincent dreams of becoming an astronaut, but only elite “valids” who were created through genetic selection are allowed to become astronauts. I want to frame this not as a dystopian tale, but a story of hope. In a world where fate is pre-determined, Vincent uses the cards he was dealt and resists fate. This is a story about using wisdom and bravery to carve out a path for yourself.

I watched this when I was in my twenties and almost out of college. It was a rocky time and I was deciding whether I should start job hunting. Around then, I was becoming really aware of my own limitations and thinking sad thoughts like, “I’m not a genius, anyway.” So, it was really encouraging to see this movie.

I thought, “There are people who are naturally good looking. Or naturally fast. Should I stop doing what I want to do just because those people exist? Just because I’m not a genius? That doesn’t seem right.” I wondered how I could do the things I wanted to do. I found the answer to that question in this film. Many aspects of this film could be helpful to teenagers today, too. I think that teens today are overloaded with information, which makes it hard to trust people. When I was a teen, there were around 40 people in my class. I grew up with these people for 12 years and we didn’t have internet, so those 40 people were my entire life. Growing up, I didn’t think there were other people out there like me, so I hid the fact that I was an otaku and just thought I was weird. But thanks to social media, kids today know early on that there are other people out there like them. On the other hand, they also find out early on that they aren’t geniuses, how their looks compare to the rest of the world, or that their Tweets will only receive a certain number of likes. From an early age, they’re already aware of where they stand in the world. There’s this difficulty of already knowing the cards they were dealt, which is exactly like “Gattaca.”

The incredible thing about this movie is that it reminds us that no matter what circumstances people are born into, it’s human nature to have hopes and dreams. A young Jude law is also in this film, playing a “valid” named Jerome. If I were a genius, I could have sympathized with him. But as someone who wasn’t born privileged, I saw the film from the perspective of Vincent. I think teens today could also see it from a similar point of view.

The fourth movie is a Korean film called “The World of Us.” This story follows the everyday lives of Korean elementary school students, and it’s just amazing. What’s amazing is how it made me recall my own elementary school experience vividly. The main characters are elementary school girls and the film depicts the everyday occurrences in their class, including ostracism and bullying. Everything is shown from a child’s perspective, without any adult perspective. It even shows adults from a child’s perspective, and how children struggle to live their lives while feeling trapped within a community of children.

Seeing the children’s amazing acting and facial expressions reminded me of what elementary school was really like. (laughs) Looking back on my elementary school days as an adult, a lot of happy memories come to mind–but I also remember that there were some really tough times. When I was in elementary school, school and home were my entire world. If there were even one kid I didn’t like in my class, it felt like the end of the world. Basically, the difficulties of living in a community really start at that age. That’s why this film shows how tough it is to be human. (laughs)

This film is similar to “Gattaca” or “The Half of It” because it shows how the cruelty of the world can make unexpected friendships feel that much sweeter. Friendships in a romantic film don’t really resonate with me in the same way. But this film is so moving because it captures the subtleties of a friendship between two characters, even in a cruel world.

You know how there are people who begin to despair about the world once they become an adult? They join a company and start complaining about others. People like that make the mistake of thinking that the world is kind and that everyone is going to understand them. I want to ask them if they’ve forgotten elementary school. Weren’t things already difficult then? People who mistakenly expect to be understood should watch these four films. Especially “Gattaca.”

I watch one movie nearly every day. It’s a habit I’ve kept for about 25 years, because I don’t think there’s any form of entertainment that’s more luxurious than movies. It’s a luxury that in just two hours, you can experience something that hundreds of people spent years to create.

I definitely believe that the culture you consume from your teens to early twenties will change how flexible your thinking is. I wouldn’t go as far as to say it’ll determine your values–but depending on whether you were able to consume all kinds of culture during that time period, the range of things you can accept will be different. I guess you become more flexible. People who are only exposed to one side of the story at that age, or only exposed to ideas they agree with, might not be able to accept values that are different from their own. Or they might not realize that even if they’re personally okay with something, there are other people out there who find that same thing too much to bear. There are people who can change their way of thinking in their thirties, but those people were usually consuming a lot of culture at a time when their brain was still malleable. While you have the time in your teens, I would really recommend spending time exposing yourself to different perspectives through all kinds of movies and creative work. I think that can make the rest of your life easier in so many ways. 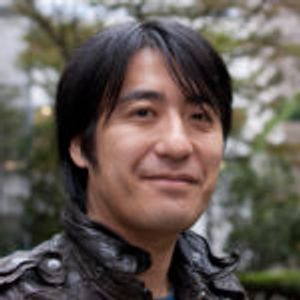 Born in 1975 in Iwaki, Fukushima prefecture, Sakuma began working at TV TOKYO Corporation after graduating from Waseda University’s School of Commerce in 1999. While gaining experience as chief assistant director and location director on shows like “TV Champion,” he became a producer for the first time in his third year at TV TOKYO Corporation with “Namidame.” Currently, he is the producer of various variety shows such as “The God Tongue,” “Achikochi Oodori Kasuga no Mise Aitemasuyo,” and “Seishun Koko 3-nen C-gumi.” In addition, he hosts Nippon Broadcasting System’s “All Night Nippon 0 (Zero)” on Wednesdays. https://www.tv-tokyo.co.jp/
See Nobuyuki Sakuma’s other articles