In his album “Hip Hop Dream,” Kan a.k.a GAMI reflects on the price paid in exchange for his dream of hip-hop. Just a little over two years since the album’s release, two arrests brought him face-to-face with reality. Of course, this was not the end of Kan’s story. If hip-hop, and consequently music, has the power to help us overcome hardship and adversity, then Kan needs music now more than ever――and that’s where his story begins once again. So, at the end of 2020, before the release of “Start Over Again EP,” I visited him at 9SARI GROUP’s office.
The question of how to come to terms with the world may continue to follow Kan. But as someone who has known him for a long time, I felt a sense of relief from his unchanging way of talking with a smile on his face.

“No one in my circle has changed, and we aren’t exercising self-restraint at all.”

――Have your beliefs changed at all since your arrests last year?

Kan a.k.a. GAMI (Hereinafter Kan): No. Although now I’m in a situation where people are coming for me for reasons aside from music, and I have to learn how to be an adult in a lot of ways.

――So your day-to-day life itself hasn’t changed? Even after corona?

Kan: I feel a bit uneasy about this state of self-restraint. But no one in my circle has changed, and we aren’t exercising self-restraint at all. (laughs) Although we respect etiquette.

――But I’m sure with the arrests, you’ve been the target of a lot of criticism on the internet and such.

Kan: That’s a recent trend that I don’t really get, but too many of these kids who are into hip-hop are squares, including the listeners, so they say really stupid stuff about my arrests. Like, did you think I was just a regular guy? I’m like, don’t say all this moral stuff——you knew I wasn’t the guy for that in the first place. (laughs)

――That’s true. (laughs) But maybe that makes you an even easier target.

Kan: Cutting people down has become the media’s way of doing things, and these days, individuals are the media. So it’s an unavoidable situation, but it’s like, which of my songs have they even listened to? My haters aren’t the ones paying me though, so if that’s what helps them blow off steam, then fine. That’s all I think of that. I don’t plan to change my style, so I feel like, “I’ll shut them all up eventually.”

――With the coronavirus pandemic still going on, it seems like it’d be difficult to have live shows. Could you talk about that?

Kan: I’ve been doing live shows pretty much weekly over the past couple of months, so that hasn’t been a problem. It’s just that sometimes I play at venues with fewer people. Every live show I go to has good vibes——there’s a feeling like, we’ve been waiting for this.

――I see. What’s the situation with MC battles, including KOK (KING OF KINGS), which you host, and other events you participate in?

Kan: I was arrested and Freestyle Dungeon ended, so I feel like I should be responsible and participate in all the tournaments I’ve been invited to, and then take a break from it all. There’s a crazy amount of spit flying around during rap battles though. But when we try going on Instagram Live, there are absurd comments like, “We’re doing a cypher with 2 meters of social distance.” I guess that’s fine, because if you socially distance, your voice gets louder. (laughs)

Kan returns to his roots with his new release, “Start Over Again EP”

――I heard that most of the songs on your recent release, “Start Over Again EP,” were written in jail.

Kan: I wrote three-quarters of it in jail. I bought myself some stationery, and in the time slots where I could borrow a pen, I wrote lyrics and a ton of letters that were unlike anything I’d ever written before. I guess it’s embarrassing to be over 40 and arrested for drugs, but since it happened, all you can do is write lyrics about it if you’re a rapper.

――Has your motivation to write music or your mentality towards music changed at all?

Kan: This past year (2020) has been a bad year for all of Japan, as well as the rest of the world, and it was awful for me too, so we have that in common. But while I was in jail, there wasn’t even the slightest talk of corona there, and when I was out, things had calmed down a bit. So coronavirus didn’t really affect me mentally.

――The timing of your first arrest was in May of last year, exactly six years since opening the 9SARI office.

Kan: It was a good ending to an awful sixth year, I guess. (laughs) But on the bright side, it’s easier to focus on music now, so in that sense, I’m feeling really optimistic these days.

Kan: That’s true. First, in the sense that I’m reconsidering things. But also in the sense that I’ll never be able to appear on mainstream media like TV again, so all I have is music. So I’ve been forced to return to my roots whether I like it or not. But even though I say my roots——when I started the label, my energy was like, “I’m going to do something new!” I had contracts with all kinds of artists and was living it up. But the times have changed, and now only D.O. and I are on the label. It was really messed up that I went away while D.O. was already away, but I came back with a similar experience as him. So now I want to do things without fucking up, which is a new experience for me.

――So with all that being said, the younger generation has inherited hardcore hip-hop. More importantly, it’s helpful for you that NAMEDARUMA, a group you’re connected with, is gaining a lot of support.

Kan: Guys like him were listening to us when they were young, so when I see people who have a similar energy as we did when we were recklessly hustling, there are parts of that that I can relate to. It’s inspiring, too. I’ve become more and more of a consultant on various things, from stuff about music to the situation in the streets. I pass on my wisdom and experience to guys like them.

――What do you think of today’s hip-hop scene overall?

Kan: The current state of hip-hop is close to what I’ve wanted Japanese hip-hop to become since I was a kid. In any case, these kids release music at a fast rate, and I think in that aspect, Japanese hip-hop culture has grown. But these days, there’s not a lot of hip-hop that gives you a feel for the street, the city, or the hood, even in areas outside of Tokyo. So movements seem to start at an individual level, which is a bit lonely. Although I think that’s a bit different from how these kids are thinking.

――You’ve talked about how it’s boring that the group feeling has gone away.

Kan: Exactly. There were times when I felt like groups were a pain in the ass too, but still, there’s a part of me that likes stuff like that. If anything, I feel like if we did something like that today, people would be excited. So if there are interesting guys out there, I’d especially like to try doing a second MSC. I feel like the parts are there as long as I can find them.

――In any case, now that you’re in a situation where you can release a lot of music, does that mean you’ll also change?

Kan: This situation is forcing me to. Also, I feel like I have to make a serious effort for once. (laughs) I feel like I’ve never given hip-hop my all.

――You’d always said that the hardest thing is to give something 100%.

Kan: Right. There are a lot of things I have to think about now, and when you get to this age, you have more things to take care of in your personal life, like kids, so you’re forced to become an adult. It’s more like I’ve been cornered. So that means I have to give it my all. (laughs) I have no other choice.

Shaking up the world with hardcore hip-hop

――I think your last release, “Hip Hop Dream,” was an album that describes your dream of continuing to make hip-hop, as well as the flip side of that, which is the reality that there’s no turning back. If you think the situation now is severe, then that thought is even more severe. Especially if you think about continuing to do that.

Kan: There’ve been more and more people from my generation who’ve ultimately left music or faded out. But I think I’d like to be active in the rap scene until I’m about 50. I’ve always wanted to try rapping with a band, and if I did that kind of thing, I guess I could make tasteful rap even in my 50s. I think people like SHINGO★NISHINARI or ZEEBRA are especially proof of that.

――So with that in mind, what are your thoughts on the future?

Kan: I often think about where I’ll be in the future, and I’d like to put myself in a position where if you think of hip hop, I’m the one who comes to mind. And I want to silence the little brats and people my age with a rap style that’s even more hardcore. There are countless kids who are good at rapping or musically talented, but still, I see them and there’s just something missing. I hope I can fill that void. These days the media only stirs up anxiety, and it’s like, well of course people would get anxious too. So I feel like at least hip-hop should be rebellious and shake up the world in a good way.

Kan a.k.a. GAMI
After his time in MSC, a hip-hop crew that dominated the underground hip-hop scene in the 2000s, Kan a.k.a GAMI began a career as a solo rapper. He also launched 9SARI GROUP and broadened his horizons by running a label. In addition to his own exploits, he has also contributed to the spread of MC battles in Japan through his regular appearances on broadcast television program, Freestyle Dungeon, as a “first-generation monster” as well as hosting the KOK tournament. After his arrests last year, he has stepped down from his role as the head of 9SARI GROUP and is focusing on his rap career. In early 2021, his office and cafe, 9SARI café, opened as a bar as well.
http://9sari-group.net
Instagram：@kan_9sari
YouTube:9SARI GROUP 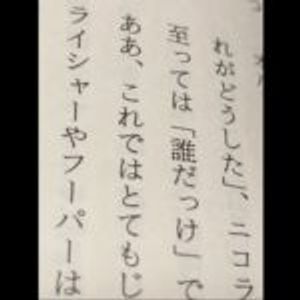