When we look at the relationship between music and fashion, as well as the relationship between fashion trends and youth culture, we get a clearer understanding of the times we live. In this series, Tsuya-chan, the writer behind the article “2010s Analysis: A Look at Trap Music, Fashion Trends, and More,” analyzes current cultural events by examining contemporary music, with a focus on Japanese hip hop.

Previously, Tsuya-chan wrote about the impact of Versace in the American hip hop scene. Here, she investigates how the perception of Versace has changed in Japan by looking into rap songs by KGDR, AK-69, KOHH, SALU, and Elle Teresa.

The intersection of Rap Music and Luxury Brands

In 2013, Migos released “Versace,” and this mix of contemporary music and fashion was revolutionary. It also had a rippling effect in Japan, and how this happened was shocking- This was how my earlier column started, more or less. This time around, I’d like to lay out the role of Versace in Japanese music of the past and present.

Because one characteristic of rap music is boasting or bragging, a lot of lyrics namedrop luxury brands. This phenomenon is a direct reflection of how certain brands are popular during their time. In recent years, Pop Smoke brought back Brooklyn Drill music with his chart-topping song, “Dior” in 2019. Dior had been a brand that didn’t have a deep connection to rap music until 2018 when Kim Jones became the creative director. Pop Smoke, who was sure to be the next big star before his tragic death, reacted to the rise in Dior’s popularity in street fashion.

When one looks into Japanese rap, a similar trend regarding Versace emerges. As I mentioned in the previous article, the brand was losing its momentum after the death of Gianni Versace, and any mention of Versace was scarce in music during the 2000s.

But there are some rare examples. KGDR released “Real Ni Yaru” in 2002: “my childhood/this town is so ‘bubbly’ (about Japan’s economic bubble)/everyone’s a hustler/making big bets/win and buy Versace/buy a jacuzzi.” “7 Targets” (2006) by AK-69 goes like this: “tailor/my suits/D&G/that party/Versace.” The mention of D&G, now out of business, and Versace in the same verse is a testament to the times. In 2003, MINMI released “You need a…”: “a high society life, no matter what/Versace/D&G/head to toe in Dior/I only date men with status.” Again, D&G and Versace are in the same verse. I reckon they included these brands as a symbol of glamor and class.

The popularity of Versace, as ignited by KOHH

Things took a turn for the better after the release of “Versace” by Migos. Donatella Versace preserved the DNA of the brand while incorporating trends at the same time, and this approach gained praise from those interested in street fashion. This was in mid-2010 onwards. The brand name started to become a staple in rap music. There’s no doubt that KOHH is the one that made Versace a popular brand to namedrop in Japanese rap songs. He sampled Migos’ “Versace” and released “Jyuu Nin To Iro” in 2013. In it, he raps, “Versace/bracelet/vintage/gold.” In “Hate That Booty” with ZEEBRA, he says, “Versace watch/errrthing for my bitch.” In 2014, he put out a song called “Bimbo Nante Kini Shinai”: “it’s expensive to show off/Louis, Gucci, Versace.” In the same year, SALU dropped “Weekend” and raps, “jeans from Nudie/my favorite hoodie/glasses from Ray/and well… Versace?” The brand established its popularity in this way.

The way people incorporated Versace in their music in the 2010s is different from the 2000s. It has been popularized as a word that rhymes with words such as “bitch” and “Gucci.” Further, because it ends with an affricate sound (“ch”), it comes across as flirtatious and vulgar or, to go even further, sensual and intense. It has a certain fierceness to it. The tendency to rhyme words with the “ch” sound increased in the late 2010s, and it’s now an established format. For instance, on “Ii Kanji”, CIMBA raps, “ashimoto wa Versace/tattoo darake no tomodachi” (Versace on my feet/ Friends with tattoos everywhere). This can be seen in Elle Teresa’s “Hello Kitty” as well: “Gucci, Gucci/Versace, and Vuitton.” The number of lyrics that pursue the “ch” sound is so great that I can’t list them all here.

A lot of people used to call our friends dachi (an abbreviation of tomodachi) and the police satsu (an abbreviation of keisatsu). Shortening such words allowed people to emulate a delinquent vibe and it also showed solidarity to likeminded people. On top of that, I think another hidden purpose is to emphasize affricate sounds at the end of the words. This sound is something that we can’t help but emphasize; it’s a sensual yet aggressive sound that awakens a wild instinct that we have. In short, it entrances listeners with its captivating sound.

This leads me to assert that rap music post-Migos utilizes affricate sounds. Moreover, just like KOHH and Elle Teresa’s usage of the word Versace, rappers use the legendary brand, Gucci as another rhyming word with a “ch” sound at the end. Talented rappers and artists have created a rapping style via Versace, but the way Gucci is used is different. The next installment will explore this. 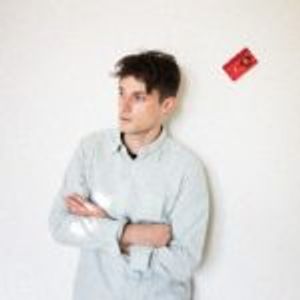 Born in 1989. Graduated from the Sorbonne University (Paris) in Modern Literature. After living in London and performing in various music projects, moved to Tokyo in 2018 and started working as an editor.
See Victor Leclercq’s other articles