Atarashii Gakko no Leaders is a dazzling quirky group distinguishable from other Gen-Z artists. Donning eccentric embellishments and Japanese schoolgirls’ symbolic sailor-style uniforms, the self-appointed “Representatives of Japanese youth, ”ATARASHII GAKKO!” has made a worldwide debut from the world-conquering record label, 88rising.

They have built their one-and-only presence, that does not fall into any genre, with their proficient dance and vocal skills, and brash style of boldly “exceeding beyond the ordinary”—making us expect that they are the nascent star that would guide us to the new era. I spoke with the four girls of ”ATARASHII GAKKO!”, who are stepping into a new stage, to learn about their path to the global debut and vision of the future.

――First of all, congratulations on your global debut. Can you tell me what kind of activities you’ve been doing before your international debut?

MIZYU: One is definitely live shows.

SUZUKA: We’ve done a lot of live shows. Also, we’ve collaborated with Kourakuen, sang a theme song for a TV drama series, had a recurring segment on Kannai Devil (TVK), in which we introduced different parks—we’ve been active in a variety of fields, right?

RIN: Yeah. Looking back, we’ve been able to present our two main talents of singing and dancing through these projects, and felt like we can imbue anything with our styles.

――I’m sure you’ve been through a lot, but how is it looking back at the past? What were the five and a half years prior to your global debut like?

SUZUKA: We’ve grown throughout the years. I personally think I’ve become more mature during the five and a half years, and the ways we think as the ATARASHII GAKKO! have also evolved. We’ve discussed a lot about our concept of “Dancing Sailor Uniforms, Representatives of Japanese youth,” and I feel like we’ve been able to find the right place for us. There are still many uncertain things, but I think we’ve cleared the basic challenge of being assertive no matter what in order to accomplish.

MIZYU: In the beginning, we didn’t even know thoroughly about ourselves—So, the four of us started off from learning about each other.   SUZUKA: In the past five and a half years, we were able to prevail over our concept!

――“Prevailing over your concept”—that’s well said! Specifically, in what ways do you think you’ve grown up?

MIZYU: I think my brain has evolved. [laughs]

SUZUKA: Ditto. I think our brains have immensely developed from trying to figure out ways to entertain the public with our abilities and a place where we belong.

――So, you’ve got a grip on rational thinking.

KANON: I think we’ve been able to reinforce the core, intention and fundamental root of the ”ATARASHII GAKKO!”. It’s like, the four of us have honed our senses of being together.

MIZYU: We’ve always been able to dance physically, but I think we’ve became more capable of dancing with our brains—Sort of like, being able to express our imaginations through our dance moves. When I look at myself from a year ago, I feel like I’m looking at a completely different person.

Praising the uniqueness and balancing as we grow

――Are there any messages you want to deliver through your activities as ”ATARASHII GAKKO!”?

MIZYU: It might sound obscure, but we definitely want to convey youth. There’s no age limit on youth—as it’s about enjoying yourself to the fullest, and overcoming internal conflicts with your full strength. So, I’d say, youth isn’t a perk only for school kids. We want to express youth through our songs and live performances.

SUZUKA: Also, the world is currently focusing more on embracing freedom and individuality, and we want to join that flow. There’s nothing wrong with being different. In fact, let’s embrace the uniqueness! —That’s my mentality.

――You just described about the current mood of the world—but how does the world reflect in your eyes as the young generation? Because of Covid, it seems like the negative aspects are surfacing more these days.

SUZUKA: I actually think we’re increasingly shifting towards positivity! Right now, it seems like serious minds and liberated minds are getting mashed up. We’re in the process of moving towards the good side.

RIN: Right now, social media is growing. And we can easily share our thoughts with others. I think it’s good that there are more platforms that allow us to communicate our ideas with others.

SUZUKA: But, don’t you think analogue is still important? I think it’s imperative to keep a fine balance between digital and analogue.

The certainty they felt before signing with 88rising, and their confidence for the future

――I see, you guys look at the world in a flexible way. While you guys are moving ahead positively, you’ve made a global debut under the name ATARASHII GAKKO!—how did it happen?

MIZYU: It all started from a strange event, where we presented our song, “Koi Geba” to the industry people—we don’t know why, but we had a hunch that this would be the key to our success. One of the members from 88rising was there watching and filming our performance, and that immediately led us sign the contract with them. Everything happened so quick.

KANON: Before the performance, we told ourselves, “This is going to take us somewhere big,” and we were so surprised when it was really brought to fruition. SUZUKA: But, we really felt something was going to happen—Like, something insane.

――You instinctively felt that it was going to happen. So, how is it—how do you feel about your worldwide debut?

SUZUKA: It’s happening, but it doesn’t feel like it’s really happening. Maybe because we haven’t gone up on stage yet since our global debut, so it feels like we’re living in a fantasy. However, we know that someday, eventually, we will be performing internationally—it’s good for us to be under this constant pressure.

RIN: I agree. There’s a world in front of us that we haven’t been able to see yet.

――But would you say you’re more excited than anxious?

MIZYU: We’re looking forward for the future, and we’re confident. However, there’s definitely a part of us that feels insecure. Now that there are more people who only know us from our video contents, we feel pressured as we need to exceed their expectations when we finally get to perform in front of them.

――What are the messages you want to deliver to the world?

SUZUKA: We want to express the essences of Japan and ourselves. As we are the representatives of Japanese youth, we want to make people excited and think that Japan is cool, the”ATARASHII GAKKO!”are cool.

――You guys literally became the representatives of Japan. Where do you think the charms of the Japanese culture are found?

MIZYU: Recently, I’ve been thinking that the charms of Japanese people are that they are disciplined to follow the meticulous rules, living conscientiously and courteously.

SUZUKA: I’ve noticed that the Japanese school rules and culture appear more beautiful to other countries. Japanese people pay more attention to details, and I think that’s deemed attractive by other cultures—so, I want to present that side of Japan more to the world.

KANON: Like showing Japanese etiquette tips, right? SUZUKA: Yeah, like bowing when we get on stage—we want to demonstrate Japanese manners.

――Since you have such clear vision, I’m sure you want to play live shows as soon as you can.

MIZYU: Definitely. We’ve done many gigs in the past, but after all, we’ve only been able to make approaches to those who’ve experienced our live shows, yet not to those who’ve never seen us live. Since we haven’t been able to perform live due to the pandemic, we’ve been naturally guided to the new medium of live streaming. Up until then, we’ve never posted videos of our live performances, but now, we’re earning new opportunities of increasing engagements with our online contents. So, currently, even though we can’t perform live shows, we are active on video platforms and social media—seeking to grow more audience.

SUZUKA: Right now, we can do no-audience concerts, upload videos, and have many people watch our contents as many times as they want. We can make them feel like they’re actually experiencing our shows multiple times. From now on, we need to come up with proactive approaches and effective ways for the ”ATARASHII GAKKO!” to gain more recognition.

KANO: The isolation period last year had a positive effect on us. In terms of us stepping up, I think we are on the right track. RIN: After our international debut, we’ve been garnering more comments from overseas viewers on YouTube. Right now, people spend more time on social media, so I think the timing has been great for us.

――I see, you guys haven’t been negatively impacted by the circumstance of not being able to perform live shows—in effect, you have been able to grow as a band. So, how do you want to present yourselves in the future?

KANON: That’s right. We’re still figuring things out, but I hope we can come up with more clever ideas.

SUZUKA: We want to do fun things with our own unique ways.

――Tell me again, about your future vision.

RIN: We want to create buzz through social media and videos, and eventually, provide phenomenal moments to, not only domestic but also international audience, with our live performances.

SUZUKA: I strongly believe in ourselves that someday soon, we will be generating buzz—so for now, we want to focus on approaching the Japanese market, then eventually expand to the international market. We want to continuously enjoy ourselves as ”ATARASHII GAKKO!”

ATARASHII GAKKO!
Proclaiming themselves as “Singing and Dancing Sailor Uniforms, Representatives of Japanese Youth,” living strongly and joyfully in the modern society, and “going beyond the ordinary” by expressing a sense of individuality and freedom with their whole bodies. The quartet is constantly creating buzz with various mediums, and omnidirectional approach that covers about 378 degrees, from live shows, music, dance, to Avant-garde videos—with the hope of inspiring the society to embrace more freedom and individuality.
http://leaders.asobisystem.com
Twitter： @japanleaders
Instagram： @japan_leaders
TikTok： @japanleaders 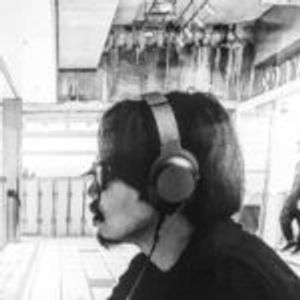 Born in 1993, in Tottori prefecture. Sasatani became independent after he worked as the editor of the men’s fashion magazine, Samurai ELO. He now writes about music and across wide range of genres. Twitter：＠sstn425 HP：https://sstn.themedia.jp/
See 笹谷淳介’s other articles