NOT WONK is a three-piece band based in Tomakomai, Hokkaido. The band was formed by Shuhei Kato (Vo.&Gt.) in 2010. Ever since the band released its first album, Laughing Nerds And A Wallflower, it has been attracting, not only rock fans, but various musicians with its live performances.

On January 27th of this year, the band has put out its fourth album, dimen. For the album, the band took a new experimental approach of cross-pollinating diverse genres from US indie rock, melodic rock, punk, to guitar-pop.

Choosing to live in Tomakomai to prioritize music

——How often do you see your band members?

Shuhei Kato (from hereunder, Kato): We see each other once a week for rehearsal. Also, we have a meeting together with our staff once every week or biweekly.

——So, you see each other quite often. Are the other members thinking of continuously staying in Tomakomai to do music?

Kato: Yes. However, we’re not definitively sure if we’ll be in Tomakomai forever; at least, I’m not adamant about staying in the city. I don’t know about the other two, but I think I wouldn’t hesitate to move to Tokyo if I wanted to. Right now, I feel like there’re more advantages in living in Tomakomai than in Tokyo. If I were seeking to meet more new people, I would think that I should move to Tokyo, but my main focus in life is to make music. It’s definitely better to live in Hokkaido now, since I’m only concentrating in writing music. No doubt, Hokkaido is a great place to live. Also, we have all our amps and gears in our local club, and pretty much invading their space [laughs].

——That’s insane, I’ve never heard of a band storing its gears in a club [laughs]. That basically means, there’s a designated space for NOT WONK in the club.

Kato: That’s right. If we did the same thing at a club in Tokyo, I wonder how much they would charge us. By the way, the club is called ELLCUBE, and that’s where we always hang out. They also have a recording booth and control room, where you can do recordings. We pay about 300 yen per hour to use the room, and that’s where we do the mixing. Recently, I’ve done mixing for our live demo with my engineering mentor, who works at ELLCUBE. The club is about ten minutes away by car from where I live, so I casually go there with my laptop. I’m always like, “Can I go there tonight?” and they’re usually okay with me working there, which I think is quite an amazing thing [laughs].

——There’s a lot of benefits for you there.

Kato: Yes. There’re more pros than cons. I think this is the most convenient situation for any musicians, since you don’t need to worry about loading in and out of the club and can use the studio anytime you want with only 300 yen.

——It’s incredible that they let you use the control room with only 300 yen [laughs].

Kato: Actually, it was even cheaper before, and they raised the price to 300 yen [laughs].

——I’m sure you guys are bringing hope to the other local bands, as you are demonstrating that you don’t necessarily have to be in Tokyo and can stay in Tomakomai to make good music.

Kato: It used to be a hassle for me to go to Tokyo, but lately, I don’t feel that way anymore. Recently, I calculated the hours to get to Tokyo—driving to the Shinchitose airport from Tomakomai to arrive an hour before taking off, the hours of flight, and traveling to the venue in Shibuya from the airport—and it’s about five hours in total. That’s about the same travel time as for those bands from Kansai driving up to Tokyo. Also, if I booked the flight ticket early enough, it would only cost 8,000yen. However, despite the fact there’s pretty much nothing in Tomakomai, I still think it’s a great city for those who want to casually do music, as there are live venues and studios.

In Tokyo, there’s our record label, staff that supports us, and avex, which is our investor paying for our transportation fees. I get to work from Tomakomai without any trouble, because of all these people backing us up. Since I have this prerogative, I think I’ll just stay living this way for a while.

We don’t think “We are representing Tomakomai”

——Please tell me about the music scene in Tomakomai.

Kato: There’s a venue called CLUB ROOTS, and two years ago, a bar called bar BASE opened across the street from CLUB ROOTS. bar BASE is actually produced by CLUB ROOTS and opened to be CLUB ROOTS’ lounge. It’s become a hangout spot mostly for people in their thirties or above. And ELLCUBE, where NOT WONK and younger bands are based, isn’t that far from there. We perform live in Tomakomai probably once a year, and as far as I’m aware, I don’t think there’s a scene in Tomakomai…. Maybe once in the old days—but I wasn’t really into those bands, and I didn’t abide how we had to be homies just because we were geographically close, so we didn’t really play shows together. In Tomakomai, we want to be an independent band. Anyway, I wouldn’t say there is a scene or a strong community of bands; however, I do go out to have drinks and socialize with other artists in Tomakomai—I probably hang out with them more than playing shows with them.

——I was thinking that a city like Tomakomai would have some sort of scene, but now I know there isn’t. Also, I feel like you are quite chill about Tomakomai, in a good way. Do you feel closer to the bands in Sapporo than in Tomakomai?

Kato: Regarding the bands in Sapporo, we only play shows with the hatch and Discharming man. They have been around longer than us and take great care of us. I’m realizing as I speak, we’re only in Hokkaido for nothing but to simply make music. I think even the people in Hokkaido don’t know much about NOT WONK.

——NOT WONK has signed with avex and been making music remotely—as you guys are geographically far apart, have there been any difficulties communicating with the avex staff?

Kato: There haven’t been any problems with the communications. Since they are a major record label, they understand well about their duties of making records—in the very beginning, they told me: “Basically, you can do however you like with what you make”, and that’s pretty much what I signed in for. However, sometimes, I personally wish I could accomplish something together with people from avex by having an open discussion. Of course, I’m grateful that they let me do whatever I want, but I think the intrinsic essence of communicating with others is sharing whatever they have in their minds and coming up with great ideas together.

The differences between the solo project SADFRANK and NOT WONK

——I presume you’ve studied music production through the process of making Down the Valley and dimen—have you ever considered about becoming a producer in the future?

Kato: I think it would be a fun job. Actually, I’ve already promised to do mixing for a local band in the near future. By the way, I can’t spoil too many details, but recently I played the guitar and did a bit of sound producing for this one band. Also, I’ve started a solo project (SADFRANK) last year; and did a commercial song for Levi’s, which by the way, was incredibly fun. It’s nice to be commissioned to make a song. Since there are many musicial ideas in my head that can’t be demosntrated with the band, it feels good to wield those ideas with my solo project [laughs].

——I was wondering how you differentiate SADFRANK from NOT WONK.

——In Japan, there are a lot of musicians who do a solo project while they play in a band, such as [Masafumi] Goto from ASIAN KUNG-FU GENERATION; and the music of the two different projects tend to sound completely different—Well, which is quite obvious [laughs].

Kato: When I’m writing songs for NOT WONK, the faces of the members instantly pop into my head—and it’s clear who plays what. There’s a certain limitation in what I do in the band, and I feel like I’m writing the music with the premise of that limitation. On the other hand, for my solo project, the parts aren’t decided and there’s no limit; but that makes it harder for me to determine where I should start from. So, I think it’s going to take a little more time for SADFRANK to take shape.

——Finally, have there been any changes in the way you see music caused by the ongoing pandemic?

Kato: We did a gig in last August, which was our first show since the pandemic, but we enjoyed it more than ever. Before, we were breathing heavily and had to rev ourselves up to get up on stage. However, now, we simply enjoy from the bottom of our hearts, hearing our music and seeing ourselves perform on stage. It’s sort of like being emancipated from everything. We’re in a circumstance where nothing’s achieved from rushing. Since Covid, I hear a lot of bands breaking up or people quitting their bands—there are various reasons, but they were mostly from lack of motivation. It’s a fluke, that it wasn’t the case for me. In fact, I even enjoy playing our old songs again with the three of us together, and I’m happy to have discovered the joy.

NOT WONK
NOT WONK was formed in 2010. It is a three-piece band consisted of Shuhei Kato (Vo. & Gt.), Fuji (Ba.), Akimu (Dr.)—based in Tomakomai Hokkaido. In 2015, the band released its first album, Laughing Nerds And A Wallflower. After the debut, the band has made appearances at music festivals including Rising Sun Rock Festival. In June 2019, the band released its third album, Down the Valley, which also became its first album on a major record label. In August 2020, the band carried out a solo live performance and live-stream event at Shibuya WWWX. On January 27th, 2021, its fourth album, dimen was released.
https://notwonk.jimdofree.com
https://twitter.com/notwonk_theband 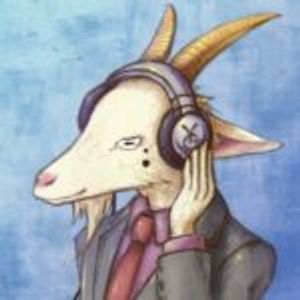 Yagi is active as a music critic and writer, while working as a science researcher in Kanto area. He has established a prolific career as a writer, contributing to a variety of media, including the likes of Mikiki, Eureka, men’s FUDGE, i-D JAPAN, Billboard JAPAN, and otherwise. He is also a fervent Rugby fan. Twitter：@lovesydbarrett
See Kohei Yagi’s other articles