It’s not just about the premier league. Whether it’s a third or fourth division or an even lower division, any city’s hero is a footballer. UEFA Euro 2020 excited everyone in London. But skating is also a big deal there. The skating industry is rising in prominence, as demonstrated by mainstays like Blueprint Skateboards and Heroin Skateboards, and Palace Skateboards today.

Dominic Marley is a photographer who’s been documenting skaters and footballers in the UK. Many skaters like Nick Jensen and Lucien Clarke became well known in Japan thanks to him. That’s why I want to introduce the mastermind, Dom, to you all.

We’ve been in contact for over ten years, and there’s something about him that’s left an impression on me. He always makes the deadline, which is something that should be the norm. Whether it’s a draft or a photo, he never misses it. He’s never gone beyond the international dateline of a deadline. His monochromatic shots and the depth of his subjects carry a whiff of silent sincerity.

On the subjects he shoots

Born and raised in London, Dominic Marley is a bonafide Londoner who goes by Dom. He made himself stand out from the boisterous scene of London, filled with hooligans, hip hop heads, and punk rockers, by becoming a photographer.

He was a staff photographer for Europe’s major skateboard magazine, Kingpin Magazine, and worked alongside Benjamin, the Parisian photographer I wrote about previously. Currently, he creates visuals for popular brands like Palace Skateboards and Nike. In recent memory, Dom worked on a collaboration between Palace Skateboards and Mercedes Bentz from Germany. He took photos at an actual racetrack, like the one used for 24 Hours of Le Mans and Formula 1 races. Shooting at an immense racetrack with a real bank is on another level from skaters doing tricks on banks in the streets. It was as though he went as far as he could with four tires, and it was exhilarating to see.

Further, his portraits of animals are impactful too. He doesn’t take them in the savannah or a jungle. He doesn’t shoot at zoos either. It’s more like he takes portraits of animals in front of a set he made. When I saw them, I wondered if he would take photos of pandas, which I love. While I was thinking about this, Dom reached out to me: “I want to make a book on pandas with you. Do you want to work on this concept one day?” We’ve both been in the skate scene for a long time, and we’ve worked together on several projects. Only Dom and I are panda-loving people who work in skate media. I adore pandas, skating, and his photos. So, I’d love to take this serendipitous opportunity.

Dom’s color photographs are great, but so are his monochromatic ones. They bring out the grittiness of the back alleys of London.

When I worked with him on a feature for Sb Skateboard Journal, my skateboard magazine, we decided to make the entire issue in black and white. There are different variations within monochromatic photos. Some have an intensely high contrast between light and dark, while others, like Dom’s (his old archives, especially), make you think the scenery had no color, to begin with. Perhaps the sensation is similar to watching an old silent movie; it makes you think, “The streets were all in black and white before the 20th century!”

This is just my observation, but his photos have a subtly similar quality to London’s punk rock and ska bands like The Specials. I heard that Dom’s working on a monochromatic photo book right now. I can’t wait to see it. In addition, perhaps it might not be such a bad idea if he could print out black and white pandas in black and white.

If Dom was to come to Tokyo again

I sometimes wonder if Dom took photos of Tokyo, would it have a stereotypical feel? Or would he shoot as though he were on the streets of London? If he got rid of the neon lights and the busy, cluttered nature of Tokyo, what would his monochromatic photos look like? It would be interesting to find out.

This also applies to Benjamin, Jai, and Dennis, whom I wrote about before: what makes them worth noting is how they shoot Tokyo from a genuine place. The photos aren’t contrived and don’t ask for too much.
I’m reminded of how I saw Nan Goldin’s photo by chance in Tokyo about 30 years ago. The shot is of Anchan in a pompadour, lighting a cigarette on a subway platform (people were allowed to smoke on the platform back then!). It was something I was used to seeing, a ubiquitous moment. But the photo resonated with me. It was amusing to see him trying to look cool.

Coincidentally, I became friends with Anchan, in full color, seven years after the math. I spoke to him about that photo right away. I know there’s no need for me to compare Dom with the world-renowned Nan Goldin, but I believe he could take intriguing black and white photos of Tokyo.

The pandemic is still ongoing, but I ponder where we would meet next; would he come here, or would we meet in Sichuan, China, where there are many pandas? Or would we see each other in the back streets of London? Honestly, it doesn’t matter where it is because I’m impatiently looking forward to working on a shoot with him. We were supposed to meet up in London last year, but we couldn’t because of covid. Everything is covid’s fault. However, because we live during such times, I believe the next wave of talented people will have the chance to let their names be known worldwide.

Dominic Marley is a photographer from London. He surfs on the weekends and skates and is a brilliant dad. Aside from skateboard photography, he also works in fashion photography and takes many portraits of animals too. Dominic Marley is currently creating an archive book of London, now known as a top-tier skateboard haven.
https://www.dominicmarley.com/
Instagram：@dominic_marley 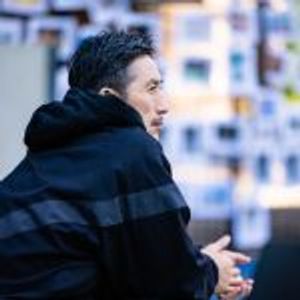