KAORUKO started out her career as an idol singer. In the 80s, she began to work as an illustrator and designer. Currently based in New York, she is presenting her work as a contemporary artist. She features contemporary women on her paintings airing a new look of positive feminism. She also creates collages using patterns of kimono from Meiji and Taisho era. The concept of this work is to create expressions that reflect Japanese culture.

“What I did as a pop singer, I’m still doing with my art.”

KAORUKO may have started her creative career as a teen popstar, but she dreamed of being a painter since age four. Born in Nagoya and today known around the world, the self-taught artist celebrated her first solo show in the United States back in 2007 with Ethan Cohen Fine Arts–the start of a long chapter in her career spent living and working in New York City. Since graduating from sound into shapes, KAORUKO has built a body of paintings at once psychedelic and clean. Proud and demure. Straddling history with sex appeal.

We met for coffee in Manhattan last year. At the time, KAORUKO was living on the Upper East Side. We sat down to discuss her ideas about art, her paintings, and her history. I’ve always admired her work, and was excited to meet with the artist to ask her some questions about her solo show, on view at Lyons Wier Gallery in New York City’s Chelsea art district at the time.

KAORUKO told me how her tenure as a pop star shaped her paintings and self-concept alike, especially given the unique nature of Japan’s culture. Kawaii beauty ideals dominated her celebrity image. “The producer I was working with idealized it in that way,” the artist told me. “I was the ideal woman for general audiences. I express it in my pictures in this way as well. What I did as a pop singer, I’m still doing with my art.”

Kawaii sensibilities thrive throughout her practice. Many of KAORUKO’s paintings feature sultry central figures–bright eyed, women dressed with sex appeal and sophistication. Their gazes draw you in with secret stories, sometimes thrown over shoulders. “They are staring at the person who sees it – the women in my paintings express a concept in this way,” KAORUKO explained. “In addition, the eyebrows are not there on the figure’s faces in my pictures. In this way the figure’s expressions are not about the position of the eyebrows but more about the essence of a woman.”

Their sex appeal shines through with varying lumosity from work to work. Sometimes stretches of skin take center stage, but other artworks draw the eye to butterfly hairdo’s and sugar plum landscapes. Sometimes KAORUKO’s girls trade spaces with whimsical figures like carp and dogs and even plush teddy bears–all of which offer lucky omens that also embody kawaii. “A carp, which has to swim up a waterfall, will grow horns and become a dragon, KAORUKO said. “An auspicious creature.”

KAORUKO’s work focuses on kawaii sensibilities, the connection between women and the earth in Japanese culture, and supernatural power.

There’s a degree of tension to these paintings that keeps every single one tight. Regardless of subject matter, cacophonous but irresistible backgrounds reign throughout KAORUKO’s hypnotizing work, emulsifying the shifting cast of narrative figures present. The effect results in a psychedelic tone that radiates from every painting by the artist, springing from collages of patterns and forms and figures, bright and colorful and dynamic.

When I spoke with KAORUKO, she told me her time in New York City has only served to strengthen her love for Japanese culture. Many of these mesmerizing backgrounds come from a technique where she uses silkscreened kimono patterns on canvas. KAORUKO cited Ito Jakuchu as a particular influence. “The patterns in his paintings were designed one by one,” she said. “And I discovered when I saw the original painting, that it was not only described as a Japanese painting but more. His work also had a realistic aspect but also his painting made a pattern and an abstract design. Within the design it described a painting, and I was influenced by this interaction.”

Red, the artist’s professed favorite color, abounds in all its overwhelming power. Maybe if there’s an answer to the tension and limbo KAORUKO’s kawaii women somehow slither between, the liminal space between tradition and modernity, the answer isn’t about them at all. Maybe it’s about the way that society regards beauty itself as a concept, as something to be continued rather than a wild force with a soul entirely of its own. Some wild bliss to surrender to and savored rather than capture, confine.

“There is a paternal traditional social society in Japan that also has a maternal principle and thinks that it’s different from modern Japan – a more traditional way,” KAORUKO explained. “In the United States there also is a culture of the modern USA and the old USA.”

While kawaii sensibilities typically stipulate a woman’s utmost beauty comes from her sensibility and fragility, KAORUKO also noted a feminine connection to the earth amongst the women of Japanese culture, a power bordering supernature. Animism, the title of KAORUKO’s solo show at Lyons Weir Gallery at the time, means wholeheartedly assigning souls to every single thing. “Animism has been a trend for a long time in Japan,” the artist noted, “and a soul dwells in it for all creatures and inanimate objects.

In addition to enticing the eyes, KAORUKO’s work shares these ideas delicately, with an approach very much in the spirit of kawaii. “My theme of Animism is now being recognized once again in Japan through my paintings,” she beamed. Above all, however, KAORUKO hopes her painting makes other people feel happy through their sheer kawaii beauty and archetypal nods to optimism. For example, as KAORUKO explained, “I express happiness using a lucky charm that protects the house – it’s a guardian dog, Koma Inu, which means advancement in life and success in life.”

Having penetrated the depths of the pop culture machine, KAORUKO understands the power that art of all varieties has in shaping culture and society. “I live for art; it is the one thing that is very important to our society,” the artist said. “It influences people to be better human beings.”

Better can mean all kinds of things. It can mean more balanced, like the ability to relate to beauty in a healthy way, but also braver. When I asked KAORUKO about her plans for the future, the artist responded, “I won’t make a plan. I will concentrate on things that I have in front of me.” Such is the status quo for KAORUKO’s spirit–when she moved to New York City, she hadn’t even decided how long she’d stay. And besides, after the past couple of years, we’ve all learned even the best laid plans can falter anyways.

Since KAORUKO and I met for coffee in Manhattan, the unstoppable and meteoric artist has continued on her path, exhibiting artworks at gallery shows with New York City-based Robert Berry Gallery and Japan-based ORIE Gallery. KAORUKO pushes tradition’s boundaries with an alchemy of allures all her own. Her paintings will progress as time pushes forward, imbued with spirit down to the sheer fact of their being, through the beautiful ideal of animism at play in KAORUKO’s wonderlands of form and hue.

KAORUKO
She started her career as an idol singer, and became an artist in the late 1980’s. She has been based in New York since 2007. Tapping into her own experience as an idol singer, her work represents a new form of positive feminism projecting contemporary women. In 2012, she was introduced as “one of the must-see artists in the US” by an American art magazine “New American Paintings”, which featured her work on the cover. She has held numerous exhibitions at museums and galleries in Japan and abroad. In 2019, her solo exhibition “Animism” was held at Lyons Wier Gallery in New York. 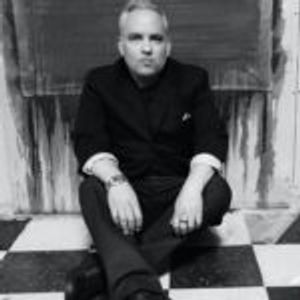 Noah is a painter, jazz musician, art critic, and editor. Born in Cleveland, Ohio, he moved to Victoria, British Columbia at the age of 15, where he began his career as a saxophonist and painter. In 2004, he moved to New York City, where he founded Whitehot Magazine in 2005, an online magazine on contemporary art in New York City. Since then, while working as the magazine’s editor-in-chief, he has been contributing articles for media outlets such as Art in America and HuffPost as an art critic. In 2012, he was selected as one of their 30 artists to watch by NYArts. In 2014, his work was included in the permanent collection of the Art Gallery of Greater Victoria. Whitehot Magazine Instagram： @newyorkbecker
See Noah Becker’s other articles