Berlin is a city that is well-known for its internationally-renowned club scene. It is a massive industry just in terms of its economic impact alone, pulling in 1.48 billion euros (approximately 174 billion JPY) every year. It also serves as a driving force for reinvigorating various aspects of the city’s culture, including its art, architecture, and theater. Yet as things currently stand, the coronavirus crisis has forced major clubs to close beginning from around mid-March to the present. Restrictions on the holding of large-scale events have been extended until the end of October in every district, placing club culture in an extremely precarious position.

We spoke with Lutz Leichsenring, a spokesperson for the Club Commission, of which more than 140 Berlin clubs are members. He is also the sole driving force behind United We Stream, a livestreaming service calling for donations that started as an idea to break out of the current impasse.

――What is United We Stream?

Lutz：It’s a free, video livestreaming service calling for donations for clubs that started on March 18. Up through June, a different club would appear every night. It is broadcast as part of the content put out by ARTE CONCERT by ARTE, which provides public broadcasting that is jointly financed by France and Germany. ARTE handled the production and production costs while the clubs paid for the artists’ appearance fees, and we had some artists who took part free of charge on a voluntary basis.

――Roughly how much have you collected in donations? How are they being allocated?

Lutz：At present we have collected more than 500,000 euros (approximately 60 million JPY). The money is distributed to clubs involved in the project first and foremost, and is allocated with consideration given to a number of factors, such as whether they are currently in dire straits where they cannot pay their rent, for example. But we’re not just thinking of ourselves here. We are donating 80% of the donations gathered through this project to nonprofit organizations that provide things like support for refugees. Germany has the Soli-Party (a party calling for solidarity), and since this can no longer be held right now it is running short of money, so we thought we should do what we can to support it as much as possible in this way. In particular, the money is being spent to improve the state of medical care in refugee facilities in Greece.

Depending on the size of the club, some of them have been able to cover part of their expenses for things like rent with the immediate subsidies from the German Confederation, and Berlin’s city government has also allocated a number of immediate subsidies. Closer to home, of the 140 clubs here only 40 were able to receive the Immediate Grants IV given out by the Berlin city government. The amount for these on average came to 81,000 euros (approximately 9.9 million JPY).

Prior to this many of the clubs only had access to loans and so took on enormous debt, so I feel that these subsidies have given them a little breathing room.

――Where did the idea for United We Stream come from? You got it up and running right away from before the full-scale lock-down began, right?

Lutz：Before the order restricting people from going out was issued on March 13, the decision had been made to close all of the clubs. The idea came to me right away at this point in time. It was important to widely spread awareness of the current situation regarding clubs and to collect donations, while also strengthening solidarity among the community and connecting together artists who had lost the venues for their activities in the form of clubs.

――United We Stream is streaming with the public broadcasting TV channel ARTE as its media partner. How did this collaboration initially come about?

Lutz：From the outset ARTE and the clubs of Berlin had a relationship as partners, so the talks went quickly. By having the TV channel side handle the production and bear the production costs, as well as broadcasting this from ARTE’s official site, we were able to reach a broad audience. The number of viewers is roughly 5,000 people for each broadcast. There isn’t a club around that can hold an audience of this size! What helped us out more than anything was that since ARTE is a public broadcasting channel, from the outset it already had licensing fee contracts with GEMA, which is a German organization that manages copyrights! This was great because one of the biggest problems with livestreaming is getting the rights to the music and the royalty fees for copyrighted works.

――While United We Stream got its start with the clubs in Berlin, it is now being held in places all around Germany and all over the world. How have you gone about deciding which clubs get to participate?

Lutz：Now 76 cities around the world are taking part. From the very beginning I had been hoping that the idea would increasingly be used in other cities as well, so I’m glad that it has become as widespread as it has. While it’s popularity in Berlin has been important for collecting donations, over and above this we have highlighted the high level of originality and artistry of the artists themselves. We also give consideration to ensuring that there is an even mix of men and women among the participating artists. It is also important that the artists not discriminate based on race or sexual orientation, such as through racism or homophobia. While I’m sure our partners in countries all over the world have their own respective preferences, I feel they are organizing their programs by paying attention to these points.

Lutz：I feel that over and above collecting donations and delivering music, we are also raising awareness of the political position occupied by club culture and artists. United We Talk holds discussions on not only pop culture, but also discussions in which we invite a variety of different activists, scientists, and others to serve as guests. We hold talks on the theme of how do we turn this critical state of affairs into an opportunity to progressively reshape society? While the restrictions are being eased, that is not to say that the virus has gone away. There are concerns over a second wave, and while I of course want the clubs to reopen, human life is the number one priority. When we try to uphold social distancing and when it is impossible for people to move about freely while maintaining distance with one another, then the continued existence of club culture becomes untenable. Since we can hold outdoor events and the like by listening to the opinions of experts such as virologists, I’d like to see us move in that direction little by little. Now, more than ever before, we have the opportunity to establish social systems with connections and solidarity between people as their foundation! We need to take this opportunity without letting it slip away! 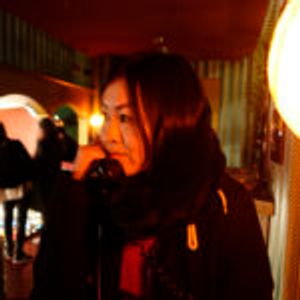 Writer and TV coordinator, she has been living in Berlin since 2000. She started writing in 2003 while still a student at the Berlin University of Art. She likes Cake with a fork stabbed in the side, East Germany, manga and cats. twitter：@berlinbau
See Hideko Kawachi’s other articles