In the last ten years, personalized printed materials called “zine” have gained citizenship and have expanded their share at book fairs. Today, countless independent publishing labels polish their individuality and sometimes inspire us with a quality that surpasses that of major magazines. Based in the UK, with thousands of subscribers around the world, Stack Magazines is a website that offers a monthly subscription service that delivers selected magazines from a unique perspective with great commentary. The founder Steven Watson recommend two magazines that gives ideas and hints to survive in a new normal world for “TOKION.”

There aren’t many good things that have come out of the COVID-19 pandemic. But if you look hard enough the silver linings are there, and alongside accidental advantages like massively reduced global emissions and a new found freedom from the office, there’s also been a fascinating response from the world’s independent magazine publishers. Small, beautiful and dedicated to exploring one very specific niche or subculture at a time, independent magazines are in many ways the perfect medium for responding to the strange and sudden changes we’ve all had thrust upon us in 2020.
“ch” means there comes that terrifying moment when final checks are finished and the pages are finally sent off to press; a process that encourages everyone involved to create something that’s as complete and as perfect as it can be, because hundreds or thousands of copies are going to exist in the world forever. But they’re also created relatively quickly, typically over the period of a few weeks or months, and so don’t have the extremely long lead times of a book, which can often be out of date before it even hits the shelves. And unlike TV, video and audio, all of which have had to come up with slightly second rate alternatives to the ways they normally do things, independent magazine makers are used to working in relative isolation.

Many of the publishers we work with couldn’t afford to run an office, so they’re all too used to working from their bedrooms or kitchen tables, commissioning writers, photographers and illustrators in distant parts of the world and collaborating with their fellow designers and editors to bring together a physical print project using almost entirely digital tools.
Of course that’s not to say the coronavirus restrictions haven’t created obstacles for independent magazine makers, but these impediments have themselves fueled the creative fire of people who feel strongly that they have something to contribute. We’ve been keeping track of the many different pandemic publishing projects that have emerged over the last few months, and a quick scroll through that post shows the broad range of responses that have been inspired by essentially the same set of limitations.
Some of the publications created have been special editions of an existing magazine, like the first one we picked up on, way back in April, when arts and literary magazine “Soft Punk” published The Corona Papers, which it presented as issue 1.9. The magazine launched last year and the team had been planning to release issue two early this summer, but when coronavirus hit they put their plans on hold to focus instead on responding to the pandemic. Working fast, they combined excellent documentary photography shot on the streets of New York with first-person writing that explored the strange sensation of suddenly feeling trapped at home, or the unsettling sensation of being an American sailing into uncharted waters with President Trump at the helm.
Other publications have been approached as distinct one-off projects, some as promotional tools for brands, and several have been conceived as ways of raising money to help different groups affected by coronavirus. There are more than I can cover here, so below are just two titles that represent two very different approaches to pandemic publishing.

Artists have been hit particularly hard by coronavirus, as shows have been cancelled and funding cut, and government support packages have often failed to fit the irregular freelance earnings typical for many artists. Until recently Nick Chapin was director of publishing for contemporary art powerhouse “Frieze”, and when coronavirus hit he saw the opportunity to make a magazine that would help raise funds to support artists, while also documenting some of the most remarkable work created in isolation.
The result is “Limbo”, “a cultural time capsule born under lockdown”, which features work by big name artists like Vivienne Westwood, Wolfgang Tillmans and Miranda July, as well as a host of out of work artists and creatives. Conceived as a profit-sharing enterprise, all profits from copy sales and advertising are split between the contributors and the team who made the magazine, though as Nick explains, many of the bigger names chose to waive their fee altogether.

“We knew the only way to make the magazine viable was to have some really big names in it,” he says, “but at the same time the initiative was really for people who were more emerging or weren’t completely established in their careers. So the list we drew up ran the whole spectrum from these completely dream names, the people you’d want in any magazine, all the way down to people who you might not have heard of, but we knew they would respond to the moment in an interesting way. We hoped we might get one or two of the big names, but everyone said yes. And actually the vast majority of the more established people instantly said, ‘I love the project, I want to help, and by the way I don’t need a fee.’ We had around 100 people who participated in the magazine overall and around 50 of them took part in the profit share and around 50 of them became donors or backers.”

4 types of covers with collages designed by David Lane
It’s a funny and anarchic magazine that overflows with ideas – of course none of the pieces were commissioned for the project so there’s no dominant theme or tone, and instead there’s a real joy to turning the page and being confronted by yet another completely different art project. Designer David Lane (founder and creative director of “The Gourmand”) makes the most of that excess by keeping the ideas coming thick and fast, creating a sense of energy and urgency that runs through the entire magazine, beginning from the cover, which literally mixes different artists’ work together in four separate collages printed across four alternate cover designs.

A ray of hope for a lonely lockdown, “Barter, Baby”

Whereas the driving force for “Limbo” came from Nick Chapin’s determination to bring people together, “Barter, Baby” is a lovely example of pandemic publishing motivated by the much more personal desire to record some of the more intimate moments of this extraordinarily distanced time. Created by New York food stylist Victoria Granof and London-based food photographer Louise Hagger, it’s a record of the various swaps the two women made through the course of their respective lockdowns. Most of the things exchanged are ingredients or kitchen utensils, but toilet paper and homemade hand sanitizer make it in there too, a reminder of the days when supermarkets ran out of the essentials and friends and neighbours stepped in to help each other out.
Each of the exchanges gets a full-page photograph and a short note, really little more than a picture caption but brilliantly characterful and charming. For example, along with a close-up picture of bubbly sourdough starter we are told, “Tuesday, 7 April, 2020: By cover of darkness, Elizabeth Stormont left one jar of sourdough starter on my doorstep.” And on the facing page we see what was swapped: “In exchange for two metal crumpet rings I left hanging on the outside gate.” I love the furtive sense of a woman creeping over to her friend’s house at night to make the illicit exchange, back in the days when any kind of unnecessary human contact was seen as an irresponsible risk not worth taking.

Printed on newsprint and bound with just a couple of staples, it’s a lovely and unassuming little zine, and as well as the photos and notes of almost encounters there are recipes and ideas for little projects around the home, ideal for getting you through the long days of isolation. On the spread following the sourdough starter, for example, there’s a recipe for making your own rye sourdough starter, as well as a recipe for baking the sourdough rye loaf itself. While on the spread following the toilet paper exchange there are instructions for creating your own crocheted toilet paper cover.

I’m not sure Victoria and Louise would expect their readers to go ahead and actually follow their instructions – the point of “Barter, Baby” is in showing the ways in which our values changed in response to the world around us: “In this Spring of our discontent, with its themes of lack, limitation and restriction, what do you value most: Things? People? Experiences? … And have any of them gained or lost value as they migrate from the ‘want’ to the ‘need’ pile? (Gained: flour. Lost: fancy shoes).” 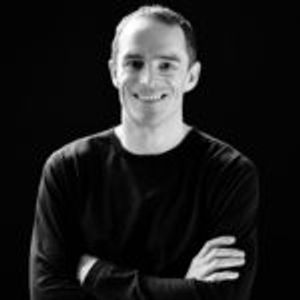 The founder of Stack, the service that searches out the best independent magazines and delivers them direct to thousands of readers around the world. Stack subscribers receive a different magazine surprise every month – they never know what they’re going to get next but they do know it will be a beautiful independent title they probably wouldn’t otherwise have come across. Meanwhile the Stack online shop sells hundreds of different independent magazines, and the Stack blog gathers together video reviews, podcasts, interviews and profiles exploring the best of contemporary independent print. Photography Getty Image
See Steven Watson’s other articles