Not only in Hong Kong but also globally, Josie Ho who has great influence as an actor, singer, and multi-talented celebrity who manages film production herself. Recently, it became hot topic that the movie production “852 FILMS” co-operated with her husband Conroy Chan collaborated with legendary French director Luc Besson and English director Tony Kaye who shot “American History X”, and she will be lead actress.
On the other hand, her activity base, Hong Kong, is be very confused situation. Recently, a democratic activist, Agnes Chou, was arrested on suspicion of violating the National Security Law and has been widely reported in Japan. When the UK returns Hong Kong, the “one country, two systems” guaranteeing the high degree of autonomy by the people of Hong Kong for 50 years is destroyed by the enforcement of the Hong Kong National Security Maintenance Law.The impact on artists from Hong Kong is immeasurable.
Her father Dr.Stanley Ho has been known as The “Gambling King of Macao” whom passed away in July 2020.Based on this rapidly changing Hong Kong, she continues to push forward her projects to the world without stopping by using the skills she got from her father.

――You’re always busy woking on both movies and music, can you share your latest projects ?

Josie Ho(hereinafter Josie): My band Josie and The Uni Boy is working on a new EP, and hope to release in Japan next year. This’s still in progress. As the film I am woking on is ”Rajah”,it’s based on the true story of Sir James Brooke, who exploits on behalf of the indigenous people of 1840’s Borneo inspired Joseph Conrad’s Lord Jim and Rudyard Kipling’s The Man Who Would Be King. The film is directed by Michael Haussman, filmed entirely in Sarawak, Malaysia, It stars Irish actor Jonathan Rhys-Myers plays Brooke, he has a common point of being adventurous and my role is his ex-girlfriend protecting him.It was a amazing experience working with Jonathan,I adored him since his work “Velvet Goldmine” and his TV roles as Elvis Presley in the biographical miniseries Elvis, which he won a Golden Globe Awards and also “The Tudors”as Henry VIIII.

――You have accumulated achievements as an actor and have won numerous awards.On the other hand, you are known as a businessman who runs a movie production company, right?

Josie: Yes, it’s called 852 Films production and we’re actually concept creator, and what we can do is we can also get the best crew in town, all over Asia to work on any kind of film. Basically, we aim for things like east, east, and west crossovers.

――I think the dual roles of actor and businessman are quite hard.

Josie: Well, I think I am just working like some established actor, which I’m not. I don’t know if I’m an established actor, because my mind what I think of is always playful like a four-year-old kid.We should always stay at our childhood. And it’s kind of difficult because I don’t have skills to manage people.But luckily I met some trustworthy people to work with me.Just because I know how to communicate with them. In my company, I’m kind of like a dictator. That’s the only way otherwise, it’s very complex, the film industry is already complicated enough. So I tried to give easier things for them to do.

――There’s no such a person in Japan.

Josie: Well, of course, I just want to act and sing simply but it’s hard to achieve in Hong Kong. I don’t know what happened to it. It was probably been strict a little bit because of the COVID-19 and big companies are talking about shooting very cheap ie low-budget films. My friend taught me to think about shoot a cheaper films there only one option, if it’s a Hong Kong local film. I have a lot of mentors in Hong Kong who are excellent producers, directors, and they all told me to form my own company just like Angelina Jolie would, just like Keanu Reeves, or Johnny Depp was. And I’m aiming for a better role each time.

――What made you decide to start your music career?

Josie: Because what gave me the opportunity to start music? It’s a very awkward situation where I was the special guest appearance for a beauty pageant in Macao, just like Miss Hong Kong. It’s a very grand and elegant kind of performance. So I had the chance through connections from, of course, my father. And because instead of performing, he did not have enough girls applying for the beauty contests in Macao that year. So he wanted me to apply for this Macao beauty contest. And when I was a teenager, I was a chubby girl. So I told him that I really cannot walk around in a swimsuit and answer questions.But I can sing and dance!My sister gave me a hint. “Go to tell dad, you still to want to support him and you would like to
do the performance.He allowed and agreed finally. Then I went on and performed like a Madonna.
I got advice from people around me, “Josie, you should have a contract with Virgin Records,”and I decided to get a contract, but the contract they passed to me was as thick as a telephone book, and It took 2 years for my lawyers to get all. Eventually, I signed a contract with aTaiwanese label, graduated from high school in a grade, and headed for Taiwan to become a singer. Despite the recording, there were newcomers coming to the label almost every day, and it was finally released 4 years later. Thinking it wasn’t right here, I returned to Hong Kong and one of my friends had a movie-related job and invited me to play a volleyball-themed movie “Victory” directed by Andy Chin Wing-Keung. Then we saw the directors all watching at my performance that experience showed them I’m someone not afraid of pain.After that I got more offers to participate some action films.

――Did you ever thinking back to music’s industry then?

Josie: At the big event I failed really badly and I I was fired as a pop singer. They told me that I should leave singing for the rest of my life and I had no potentials. That really a huge blow for me.Then I went back to ocean and beach again,I played my wakeboarding, and then I knew some friends who were in a band called the “LMF”,I was really pissed off at that time for myself but they kept encouraging me.They invited me to their studio and said “We will do a new metal”. I really “owe a lot to LMF” because they taught me how to do the whole process to making a album, for example where to find your distributor, and designer….luckily their whole band are full of creative people like graphic designers.Steps to steps I have a clear frame picture to know how to be a producer, not only a singer.My first step was to form my own band – Josie andThe Uni Boys!and we walked/played/learned together, these process and experience become who I am today!

――You often visit Japan, do you have any memorable episodes?

Josie: I love Japan so much that I visited Japan about four times a year before COVID-19. My friend once had a wedding in Japan, and the ceremony was totally amazing and brides in traditional kimono was so beautiful. This is the situation now, but I would be very happy if I could have a gig tour in Japan someday.

Josie: Yeah I love Takashi Miike’s “Killer 1”. I am a big fan of Shunji Iwai’s work and amazed by “One Cut of the Dead”.Japanese films are also popular in Hong Kong and so many films imported. I’m a fan of actor Tadanobu Asano too, I hope to play with him someday.

――I think Hong Kong is in a very difficult situation right now.Did you have child memory in there?

Josie: My mother wouldn’t let me out every day after school so no choice I have to stay home. I have my tutor by the time the tutor goes home, I have to finish my homework then go sleeping. I have that kind of very confined lifestyle. Sometimes the helpers like the alma’s in Hong
Kong,They brought me to a beautiful botanical garden and then we took a lot of pictures.We had a lot of fun there.I had asthma. So my doctor at the time he told my school not to let me run around during break time.I was sitting by the chapels on this piece of stone and both me and my alma will be watching my friends play.

――Compare with the golden era, do you think Hong Kong has changed such a lot now?

Josie: What can I say? I don’t know how much it has changed I think though every Hong Kong people don’t know how much it has changed. Maybe all of us just know very little bit.For me I don’t know what kind of movies we can shoot now. Because in Hong Kong, we don’t understand ourfreedom yet. Maybe because I’m stupid? so I can understand where our freedom is. I do not understand where is our freedom of speech?I don’t understand this. I don’t hate it, but I just don’t understand. So that is why I’m just shooting a Hollywood indie film. Before I have to know everything clearly before I can start the Hong Kong film again.Because it has been kind of a shifted. Yeah. So I work in abroad only.

――Your father was a world-famous businessman. Is your business talent handed down by your father?

Josie: I think I am more like my father.I think there is a part that overlaps with my father’s way of working, especially when I was young. My father is a very charming person for me and always loved to hug me. It was a good memory that he took me and my brother out to tea. He was the one who taught me dirty jokes and he would teach us how to like, not get bullied at school.
He is my biggest inspiration. I think I have worked with Like him, he’s a very generous man.He will go and help people who really needs help.My family seems to be such a serious family like nobody laughs, but we’re kind of innocent, so we’ll laugh to everything.He encouraged me to have own film company. That’s crazy I don’t even know how to work in Excel, although he said to me “Don’t worry. You just hire somebody you trust and respected”. He’s always on my side.

Josie Ho
Born in 1974, from Hong Kong, her father Stanley Ho, known as the “King of Macau Casino”. She is an actor and actress, he also runs the movie production “852 FILMS” with her husband. She has multi-talented talent in fields such as film, music and fashion. Instagram:@josie_ho_chiu 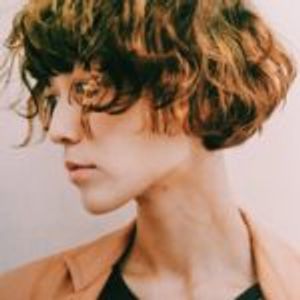