Culture can be born out of a specific time and place, and yet, it possesses the ability to become timeless. In this series, “時音” TOKION invites people who are shaping culture today to talk about the past, present, and future.In this article, we talk to Photographer Nagi Yoshida.

Nagi Yoshida built original areas while resonating with the ethnic minorities and indigenous people that she sought out in Africa and the Brazilian Amazon. Her recent presentation, “DRAG QUEES –No Light, No Queen-,” (Write, Right, Light) which focuses on the drag queen community in big cities, brings a refreshing surprise. What is the beauty she pursues that continuously invites us into her view of the world?

You spent over 10 years in central Africa, visiting every remote area. How do you deal with stress now that going outside is not seen as a positive thing due to the Novel corona virus?

“I don’t feel stressed. There was a time when the locations overlapped too much, and I thought they could be sorted out more. Thinking about it now, it was really a luxurious time. If it was under the current conditions, I probably wouldn’t appreciate the joy or gratitude I have now. I will appreciate the next location even more than before. Normally, I don’t really leave the house so now I’m enjoying my time inside. I was surprised to see that I’ve got over 1000 hours of play time on “Animal Crossing”!”

Now that you cannot meet your subjects in person due to current affairs, how have you changed your thinking on approaching photography?

“I haven’t really been affected by the virus. I think not being able to meet my subjects is the same as being unable to meet friends or family. Especially, I often think of the minority groups who do not own a cell phone. My photography style is to “assimilate” with the locals, so many people view my method as a documentary or journalistic process, but I see it as being closer to fashion photography. If you go in as a “foreign object,” you leave as a “foreign object.” There are pros and cons to this, but in moments of focus, I see how to show the beauty of my subjects. I may have spent more time taking pictures, which differs to a documentary approach. For example, I was thinking what to photograph in Japan. I considered “wrong cool groups.” Previously, I was in charge of supervising videos and stills on a PR project for a manufacturing facility in Yamagata prefecture. Normally in my work, I try to do things that challenge the system, so I was worried how other people would view it. But when the pictures were developed, someone said, “That’s one of Nagi Yoshida’s pictures” and I gained confidence. Even in Japan, my work is recognizable as my own. My view of the world is like Quentin Tarantino’s wrong display of Japan. He’s American so his view of Japan differs, but my view of Japan is also different, even though I’m Japanese. I feel that people are drawn to my work because of this incongruity. I’d like to photograph Maiko girls, Sumo wrestlers and women in Osaka. I’ve had more time to think about how to approach my work, rather than how to approach my subjects.”

Your pictures, which have been seen as a documentary or journalism, were not taken on the spur of a moment, but were planned in detail from the positioning to color and bold adjustment of the tones. They are closer to making a work of art. As a result, they have a nice sense of incongruity and a view into the unseen world of “Nagi Yoshida.” Where does the motivation for your work come from?

“I want many people in the world to think I am cool. Before, when I thought Africans were cool, the people around me denied me. The feeling of denial from my friends disappointed me. If people don’t understand something they really do pull away. I want to convey the message that the world you haven’t seen yet is so interesting, and get rid of the reflex to deny even slightly negative information. In some sense, this is close to advertising or fashion pictures.”

Now, Nagi has completed a new story that exceeds expectations associated with the term drag queen in the “DRAG QUEEN -No Light, No Queen-” exhibition that displays 18 subjects in venues in New York and Paris. There are similarities between drag queens and ethnic minorities.

“The standing images of the subjects are really cool. Although there are many pretty actors and facial features, there are few with a great standing image. This is because the drama they bear oozes out. Ethnic minorities protect their traditions, however drag queens are innovative with endless choices that exceed gender and sex, rather they hold the idea that not being human is acceptable. It was interesting coming across both ideas. As part of their group, it was easy to find differences and I brought awareness to the world through the tool of photography.”

A complex for beauty that drives creation

“When I was young, my parents said, “Keep in mind that you are pretty because you are our daughter, but to other people you are neither pretty nor ugly.” Although I was small, I knew where I stood. Society appreciates people with good facial features, yet there are many definitions for beauty. I get my drive from this complex, and without it, I couldn’t have produced what I have. The drag queens in the shoot exceed the beauty and effort to change the complex by 180°into something positive and make the best version of themselves. Although they are born as men, they spend 4 – 5 hours on make-up. And with their favorite wig, they become the person they want to be. This is a great example that anyone can be like them and face themselves. I think they have their own disagreements, but I saw that they faced up to that during the shoot. This was a feeling of healing, rather than empathy. One of the drag queens had long hair, a beard, and hairy arms and chest, which was different from what I had imagined. He told me, “you should be loyal to what you want to be or do, regardless of if you are a drag queen or not. I dress like this to convey that message.” It’s ok to separate what you want to become from other people. Although this isn’t photo-therapy, we say the pictures heal the subjects, but in this case I felt the opposite.”

This reminded me that pictures are a means to introduce beauty, minorities, and other unknown things to the world. So, how will photographic expressions change in the post-corona world?

“It won’t change. The absolute sense of beauty or greatness of the initial impulse will not change. The awareness of beauty seen in the photographic process may change the finished product, and I feel this will flesh out work in various ways. Just as memories change with time, the colors get painted over and changed. I wouldn’t have thought of ideas to photograph in Japan if the virus didn’t happen. It was a good opportunity to turn my attention to Japan.”

Nagi Yoshida
Born in 1986. A self-taught photographer who traveled to Africa on her own in 2009. Since then, has been shooting and publishing photographs of minority ethnic groups in Africa and elsewhere around the world. Was selected among the “100 people creating the next generation” by magazine Nikkei Business in 2017 to commend her unique style and visceral way of living. Selected for the “Pen Creator Award 2017” by Pen magazine. Won the photography award in the publication culture awards by publishing house Kodansha. Presented her work with drag queens in the “DRAG QUEEN -No Light, No Queen-” collection in 2020. She continues to work in Japan and abroad on photographic work, directing, and other interests. 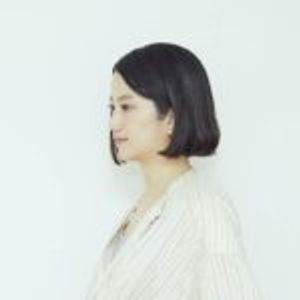 While studying abroad in the United States, she worked as an intern at Interview magazine.She has worked in fashion and culture magazines for most of her career. She is an editor of fashion, lifestyle and beauty magazines, and gave birth to a baby girl in 2018.
See Masako Serizawa’s other articles