Thanks to the normalization of streaming services, watching films as a hobby has no longer become anything special. It’s now easier to share one’s thoughts about films and searching for recommendations online. But it also feels like we are just consuming them. In this series of essays, each writer introduces and recommends a film they love.

During the stay-at-home period of this pandemic, actor Kotone Furukawa felt affected whenever she saw the news on what was happening across the globe. The wretchedness and degeneracy of people discouraged her. What saved her from this slump was the film, Call Me by Your Name. She found happiness through it; gorgeous cinematography, poignant first love, the fact that people out there could produce such brilliant work.

I saw Call Me by Your Name at a movie theater back in 2018, but I re-watched it during the pandemic and remembered how moving it was. I chose to write about this film because of that. I felt depressed because of coronavirus, but I felt even worse after seeing global issues about politics, the environment, human rights, and so forth. It might sound extreme, but I was like, “why are human beings such greedy creatures?” I’m an actor, and it’s my job to act human. However, I felt like I was on the verge of disliking humanity. I asked myself: can I continue doing the work I do? Should I continue it? Wait, aren’t there more things I should be doing?

I then recalled how good Call Me by Your Name was suddenly, and wanted to feel better by watching the streets of Italy. I watched it once again at home, as I wanted to feel like I was traveling somewhere. Just as I had expected, I felt a lot better after seeing the pretty streets of Italy and its lush colors. There was one more thing I felt from watching it. That is- hey, humanity isn’t so terrible after all! I didn’t notice it the first time around, but the film allows the viewer to experience the protagonist, Elio’s first love, vividly. I thought about how wonderful first loves are after watching someone being drawn to another person for no particular reason and falling in love with them. Before re-watching the film, I was at the point of being like, “humans are bad creatures” and even questioned my profession as an actor. But my faith in humanity was restored when I witnessed glimmers of light and emotions channeled into a beautiful piece of work. It reignited my enthusiasm to live and work as an actor.

Watching Elio fall in love for the first time was precious because he looked like a kitten, expressing his love with everything he had. The story is about a man named Oliver staying at the summer home of Elio’s family, and the two of them falling in love. The plot is simple, but the heavy heat of the summer before Oliver came and after he left, was different for Elio. Call Me by Your Name is not over the top, and yet, the sunlight in the film suddenly looks magical, and you could picture their body heat and skin through the screen when they’re being intimate. I was just deeply moved by how a film could immerse the audience completely.

Being captivated by Timothée Chalamet

Further, Timothée Chalamet, who plays Elio, was brilliant. Whenever I’m acting, I try not to think about what comes next after I say a line or act out a scene. The most important thing is to behave so naturally that you react to what the other person says out of instinct. I try not to prepare my emotions or the next move before shooting. However, there are cameras on-set, and the distance between everyone is close, so sometimes I can’t carry out this principle, even if I want to. It seemed like Timothée removed himself from his consciousness and was acting “in” the moment. I was very impressed. The speed at which Elio expressed himself in response to the other person’s words or actions was so fast that it looked natural. It was as though Timothée wasn’t acting at all.

To a certain extent, there’s a tendency to act based on having a general idea of where things will go. You could predict the other person’s reactions and your own words and actions according to the plot. But if you read the script and act out what you prepared, you could only give a performance that is within your expectations. Plus, you would strain yourself by trying to act within what you know, and such a performance will let others know that you’re acting. I want my acting to be an honest reaction [to something] like Timothée, but I feel some trepidation. What’s ideal is: to do everything you can to prepare yourself by going over the script and whatnot, get rid of all the things you prepared when the time comes to perform, and adapt to a scene when it deviates from the original storyline so you could create something new. That’s the ideal performance for me, and he did all of that naturally so I was in awe.

Also, I was happy to be touched by the portrayal of first love on screen. I learned that people could give their all and fully love someone else through the film. It is not an exaggeration to say that people that could make something this sublime are venerable beings. It was good to know that I noticed that. Again- humanity is good! In life, there are so many emotions, actions, and matters that can’t be translated into words, and I felt like this film depicted that by using every visual element without strenuously verbalizing it. That really resonated with me.

Looking back, in a world filled with films from different countries, I think I like films with great moods, not just the narrative. I started working in this industry because of a film called Umibe no Sei to Shi. I thought it was a pretty film, so I looked into it and found out that the production company was Humanité, which is the agency Hikari Mitsushima, who plays the protagonist, is signed to. I wanted to be in a film like Umibe, and so I auditioned to join the agency. That’s why I’m where I am today. I was in a drama club from middle school to university, and I spent all my days acting. Honestly, until I became an actor myself, I didn’t watch a lot of films. But I started to watch a lot of them, and absorbed people’s emotions and experiences and all the things I previously didn’t know. That’s become the sustenance for my acting. I’m sure I’ll watch more films, but Call Me by Your Namewill always be an integral piece for me. 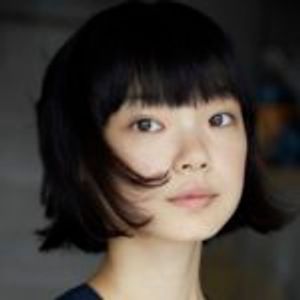 Kotone Furukawa was born on October 25th, 1996, in Kanagawa prefecture. She auditioned for the main role in Okinawa city’s promotion video, “Cim Don Don Koza” in 2018, and made her debut. She’s been in films such as Haru, Chiwawa, 12 Suicidal Teens, and more. Kotone Furukawa also plays the protagonist’s daughter, Hana, in Yell, a TV drama series currently showing on NHK. In the TV series Kono Koi Atatame Masuka (TBS), which started airing in October, she plays Lee Suhan, a Chinese girl working at a convenient store alongside the protagonist. Her appearances in Nakuko Wa Inega (set to be released on 11/20/20) and Machi No Ue De (set to be released in the spring of 2021) have also been confirmed. http://www.humanite.co.jp/actor.html?id=39 Instagram：＠harp_tone
See Kotone Furukawa’s other articles