This year, Yohei Uchino, aka “Ucchie,” celebrates 20 years since he started riding BMX. His original tricks, which have won him numerous world championships, have become international standards and made an immeasurable impact on the BMX flatland scene.

On top of that, he signed a contract as an official rider with the New York bike company, Brooklyn Machine Works, and announced the launch of his signature frame, the MERIKEN. This achievement hints at further developments in the street sports scene to come.

TOKION asked Uchino—who keeps his feet off the ground during BMX tricks—how he kept his feet on the ground throughout his career, from his origin story to his future.

*“Flatland” is a genre of BMX competition in which riders perform tricks by spinning and balancing on flat asphalt. In contrast, “street” riders compete by riding through sections with jumps and obstacles and performing tricks.

Realizing the world’s walls are high, but not unreachable.

——Congratulations on 20 years! How do you feel looking back on it all?

Yohei Uchino (Hereinafter Yohei): Thank you. It really went by in an instant. I have a lot of memories from each era: my teens, twenties, and thirties.

——What was the biggest turning point in all of that?

Yohei: Probably 2005, when I was 22. There were a lot of big events. First, I was in the music video for “Karasu” by Shonan no Kaze. The next day, I was chosen to be in a Uniqlo commercial. I hadn’t been in the media at all until then, but I had offers back-to-back. On top of that, I won the Japanese National Championship that year.

The music video for “Karasu” by Shonan no Kaze featuringYohei Uchino

——So it was a year that really became a big turning point.

Yohei: Yeah. And that year, I also took a stab at the World Championship. I ended up placing in 8th. That’s not bad, but Japan’s BMX scene is quite advanced, so I’d thought I could make it to the top 3 in the world. I wasn’t satisfied. But even though the world’s walls were higher than I thought, I realized they were reachable. Once I understood that, I changed my riding style from front wheel tricks to back wheel tricks.

——Why did you change your style?

——That’s true. The original tricks you developed, including the “Ucchie spin,” have had a big impact on the scene. Back when you had just changed your style, how did everyone around you react?

Yohei: After changing up my style, I stopped being in competitions or shows. I was temporarily laying low from the scene. For a little under two years, I was practicing every day for about 10 hours without going out or drinking. I figured I’d devote myself to practicing to death at least once. At the time, I saw that people on the internet were talking about how I’d disappeared. But actually, I hadn’t disappeared—I was just practicing really hard.

——So, until your original tricks were finished, you were laying low without revealing anything. Would you say that was the hardest part of your twenty-year career?

Yohei: I never want to ride that much again. (laughs) I was experiencing hematuria from stress, and I couldn’t even leave my house because my body was rejecting the idea of riding BMX.

——It’s amazing that you could push yourself so stoically. And I think that was a valuable experience. So, when did you unveil the finished tricks for the first time?

Yohei: It was at the KOG [King of Ground, a nationwide BMX flatland competition] held in November 2007, two years after I’d really hunkered down. The response, including from the audience, was crazy good.

——So after that competition, you decided to try competing internationally again?

Yohei: Yeah. I brushed up the areas where I could improve, and I took a stab at VooDoo Jam, which took place in New Orleans in May 2008. In the qualifying round, I got a mediocre 10th place. And after that, I kept being dealt awful cards. In the first round, I was up against the world champion from three years prior; the second round, the 2007 world champion. And I even had to compete against the world champion at the time. But thanks to these past champions, I was able to ride my heart out and win.

——You became a world champion as you’d hoped!

Yohei: It was a major life event for me. Since then, I’ve never failed to qualify for a world championship.

——Looking back on these past twenty years, what have you learned is important?

Yohei: BMX is a solo sport, but you can’t ride alone. You have rider friends to practice with, and overseas rivals who boost your motivation. And if you’re successful, you get more work where you get to take center stage. People say it’s a burden, but I don’t think it is. It’s more rewarding to make it so more people are happy when I win. That’s the most important thing.

For all street sports, not just BMX

——Last November, the BMX flatland and skateboard park you produced, THE PARK, opened in Samukawa in the Shonan area. I heard that some of Japan’s top skaters go there.

Yohei: Thanks to them, people say that it’s the best park in Japan. In April, we installed new rails. At Sora [Shirai]’s request, we made them the same angle and height as in the Olympics.

——Sora has been involved in the design since the opening. The height of the rail that was previously installed also met international standards at Sora’s request, right?

Yohei: That’s right. We upgraded the rail to be the same height as the ones that are actually in the street. It was originally the international standard height, but in the street at the Olympic skateboarding event, it’s this height. Skaters can imagine the Olympics, and it’s practice for the real street as well.

——It’s great to be able to practice for both competitions and the street.

Yohei: I’m glad we opened because on top of the internationally competitive top skaters, we also have skaters with cool style who skate around the city coming here. There are a lot of people I’ve gotten to know here who I had known of before, but surprisingly didn’t have many chances to connect with.

Yohei: Riders from all over come to visit. Until the year before last, Samukawa had the only flatland park in Japan. It was a park that you could say was world-class. But last year, it was demolished because the building was aging. That was part of the reason we opened THE PARK. And we didn’t just set up a flatland park, but a skate park too. Personally, I really want to promote all street sports, like skateboarding, not just BMX.

——That’s certainly a sentiment that’s shared with the international street sports competition you organize, ARK LEAGUE. Are you often inspired by skaters as well?

Yohei: When I see skater kids try again and again, going back up those stairs to try, even if they fail and are down for a minute or so—I feel like I have to keep up, even though I get scared and hesitant. It’s a great influence on me.

——So, you became a rider for the New York bike brand Brooklyn Machine Works, and the release of your signature frame, MERIKEN, became big news internationally.

Yohei: It’s a brand everyone admires, so I was really happy. And a lot of the people at Brooklyn Machine Works are people who I’ve been working with for a long time, so they’re like family. Until last year, New York’s Nigel Sylvester was sponsored by the brand, but he moved on, so now I’m the only one who’s sponsored.

——How did you feel when you got the offer?

Yohei: I couldn’t believe it. It’s really hard to be sponsored by Brooklyn [Machine Works], and it’s not like they’ll reach out just because you’re the best in the world. Regarding the offer, the owner of Brooklyn [Machine Works] was at a show I did in Kyoto three years ago. We were talking and he started saying he’d make my signature frame for me. I sent him the blueprint for the frame I wanted as soon as I got back from Kyoto, but it never went anywhere. I was thinking that it had fallen through, since it was just a verbal agreement after all. But then W-BASE, Brooklyn’s Japanese agent, started making moves, and the frame production started for real last summer.

——What’s the meaning behind the name of the frame, “MERIKEN”?

Yohei: It’s named after Meriken Park in Kobe, my hometown. It’s a spot where I always used to practice when I first started riding BMX.

——So you named it after something from your roots. Was there anything you were particular about?

Yohei: This is getting into specifics, but the part that connects the pedals and cranks to the frame is called the BB [bottom bracket], and its height from the ground varies depending on the frame. The position of the BB is essential in flatland, so I was the most particular about that. It came out perfectly.

——In the future, what do you want to do as a rider for Brooklyn Machine Works?

Yohei: Brooklyn is a brand that NIGO®︎ was riding before anyone in Japan back in the 90s, and Pharrell Williams is currently a joint owner. It’s a brand that has support beyond the boundaries of the bike scene. So, I think I can become more deeply involved in the broader culture, including fashion and music. Together with Brooklyn, I want to give it my all.

——Your development this year will be harder than ever to ignore.

Yohei: This year, the big World Championship was postponed due to corona. For now, I want to ride a Brooklyn bike and leave behind some videos, and I also want to ride more on the street. Riding on the street is at the core of BMX and skating, after all. And I’d like to keep winning world championships so I can keep doing the stuff I want to do.

Yohei Uchino
Yohei Uchino was born in Hyogo Prefecture in 1982. He first encountered BMX flatland when he was in high school, and he refined his skills while competing against his classmates. At age 20, he moved to Tokyo, where he trained with Kotaro Tanaka, one of Japan’s top riders. He would go on to invent the “Ucchie Spin,” an original trick that became an international trend in the BMX flatland scene. In 2008, he won a world championship for the first time, and he is a current world champion who has won the world title 11 times. Since 2013, he has presided over the FLAT ARK World Championships in his hometown of Kobe. Currently, the ARK LEAGUE consists of BMX flatland, skateboarding, and breakdancing events, and has grown to become Japan’s leading world competition for street sports.
Instagram：@uchinoyohei 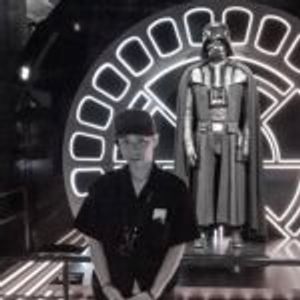