Before the street fashion whirlwind occurred in the late 2010s, the street-infused mode style was introduced to the world by Fumito Ganryu. However, after he founded his brand, Fumito Ganryu, in 2018, he started proving that his aptitude is not only limited in the scope of street style. In order to deliver his bona fide words, we will be providing this long interview in three installments.

In the previous episode, Vol.1, Ganryu’s stance of designing fashion from society has been unveiled. So, how did he nurture his creative stance and mind? To explore his roots, in vol.2, we will be looking into his life’s path starting from his growing up in his hometown Fukuoka, to re-establishing his career with his own label, Fumito Ganryu. Also, we have steered our conversation around contemporary luxury streetwear. In this installment, we will be sharing the beginning of Ganryu’s interest in fashion, his sentiments toward street culture and his clothes he makes—Inspirational stories that are well worth reading.

Imagination as a child

――In the last interview, I was able to hear about the brand’s 2021 Spring Summer collection, and now, I’m keen to know how you’ve nurtured your mind and where it all started. I heard you’re from Fukuoka—so, at what age did you start getting into fashion?

Fumito Ganryu (Hereinafter Ganryu): The first time I noticed I was choosing and wearing clothes with clear intention was from skate clothes. I remember the feeling clearly even to this day. Back then, I was living in my hometown in Fukuoka; My brother had great taste in fashion, so I asked him where he buys his clothes, and he said he buys them at this famous store in Fukuoka-city. I was slightly intimidated to go to that store. Though, I eventually went there low-key borrowing and wearing my brother’s clothes, then the store owner came up to me and said, “Hey, you’ve got some cool clothes on, but aren’t you still in middle school? You’re very cool.” He was really nice to me and taught me a lot. Back then, I myself was a skater, and that’s probably one of the reasons that got me into fashion.

――So, since then you wanted to work in fashion?

Ganryu: Actually, if I think back further, there were more factors that sparked my interest in fashion. When I was little, I used to draw something like manga or more like…design sketches with story developments. In retrospect, I was drawing awfully heavy themed stories for a kid, who wasn’t even 10 years old [laughs].

――What kind of stories were you drawing?

Ganryu: It was right before the new millennium, and I was trying my best imagining and portraying the world in the new century, and in that world, many unexpected incidents occur that the earth gets in imminent danger of destruction.

――And you were writing such story when you were little!?

Ganryu: I know [laughs]. In the world I drew, humans were about to become extinct, and the sky was covered with multiple layers of smog and the ocean was polluted that no one living in the world knew the real colors of the sky and ocean. But they just knew from old stories that the sky and ocean were beautiful in the old days; they didn’t know or couldn’t even imagine the color blue—Well, that was the story.

Ganryu: There are a lot of contradicting points like would people lose their memories in such short amount of time and did the color blue completely vanish from the world? It’s quite a poor endgame [laughs]. Anyway, the story was about restoring the color blue in the world. The worldview and the clothes the characters wear in the film Tank Girl, which I saw later in life, were similar to those in my story, although the contexts and endings of the stories are completely different from each other. The characters I drew also wore goggles on the head and military-style, punkish clothes. I can’t really explain how I came up with the type of clothes, but I wanted to dress the characters in attire that exudes a rebellious mood. I still keep parts of the story, and I feel embarrassed looking back at them [laughs], but I do get ideas from them.

――I’m surprised that you were creating a story based around the society since you were a child.

Ganryu: Since I was little, I’ve been feverishly curious in such topic. I was drawing many illustrations with story developments, but when I graduated middle school, I’ve shifted my focus to drawing something closer to design sketches; I was drawing during class and got in trouble all the time.

――[laughs]. So, you were a boy who liked drawing clothes and illustrations. Back then, which did you like to draw more: clothes or illustrations?

Ganryu: Even now, I draw pictures occasionally, so I guess I liked drawing illustrations more. I also liked music a lot.

Ganryu: I still remember, in elementary school, we used to watch this science show on a reg in class. As I was obsessed with Einstein, I was so excited about that class and the science show.

――I remember from last time, you were saying that you love Einstein.

Ganryu: I liked science in general. In the science experiment show, they were playing the type of music that would now be called electro or ambient music—I liked those kinds of music.

――I’m assuming there weren’t that many kids who liked those types of music—is that right?

Ganryu: When I was going into middle school and high school, every time I was asked, “what is your favorite music?” So, I always answered, “you know the type of music played in the background of science experiment shows? That’s the kind of music I like.” No wonder people told me I was weird [laughs]. I was into anything that was creative including music, illustrations and fine art.

――And after you went through different experiences, you embarked on the path of fashion.

Ganryu: I want to diligently pursue the art of making clothes, but I’m also hoping to create something other than clothes, like media contents with a fashion designer perspective.

Current thoughts on my origin—street culture

――As you ride the skateboard, I felt like street culture is one of the sources of your origin, but I remember in the paper distributed at your show at the National Art Center, it was written: “Is the schema of “mode” and “street” that has been relentlessly projected as a proposition, rather conflicting parameters?” In fact, can you elaborate on this point, about your take on the schema of mode and street?

Ganryu: Essentially, mode and street are generated differently, yet they are in close conflict with each other, and if you oversee the phenomenon that lies in the extent of these words, they could be synonyms. Generation after generation, as more focus has been shifting towards people’s minds and different stances have begun surfacing, various brands have started coalescing these dismantled pieces into one with their established clear mindsets; I feel like new movements are emerging, one by one, from these brands’ creations. However, nowadays, what I see from luxury brands, how can I say, like their textures…they seem to be using only the surface elements to convey the contrasts. Of course, there are brands and people from both domestic and overseas countries that I feel have strong mindsets, but I just can’t feel the spirit from luxury streetwear taking over the world today, as it seems like they’re merely taking in street tastes, which isn’t intriguing to me. I can’t feel any rebellious ethos from a pseudo-contrast missing its core, and ultimately, I question its intrinsic meanings.

――Why do you think the luxury streetwear isn’t captivating your heart?

Ganryu: If considered under the premise of categorization, I think an unyielding spirit is the fundamental source of ‘street-mind.’ It’s a shame that the luxury world has a natural inclination of lacking this unyielding spirit. I don’t mean to deny those who like luxury street brands, but I personally want to see more ‘minds’ than ‘styles.’

――Now, other than luxury brands, from your perspective, are there any street-minded brands from overseas?

Ganryu: I think there aren’t that many compared to in Japan.

A new vision found from being away from fashion

Ganryu: I found a school in Antwerp, Belgium when I was floundering having so many different interests in, like again, drawing illustrations, music, and fashion. Back then, since there were no Japanese graduates from that school, I thought about going to that school, and studied the language while working part time, but eventually, I’d decided to go to Bunka Fashion college where a lot of eminent designers studied.

――And after you graduated Bunka Fashion Graduate University, you had started working at COMME des GARÇONS—was it your goal to work for the brand since you were in college?

Ganryu: I had been thinking that if I’m working for a company, it had to be COMME des GARÇONS.

――How did you spend the time from after you left COMME des GARÇONS to founding your own brand, Fumito Ganryu?

Ganryu: During the time frame, I was thinking about not only fashion but, what’s ahead in this 21st century, and where this society is heading. It is said that fashion industry is the second biggest factor that is destroying the environment. In the energy and car industries, consideration for the environment is the major premise. These industries were the first to be picked on, so they were persuaded to get on with finding the means to resolve, improve, and confront the issues at an early stage. Eventually, I was able to return to the fashion industry because I was able to go through the most valuable moments to reflect and nurture my stance of confronting the society—that’s how I feel in retrospect.
(Continues on to Vol.3)

Fumito Garyu
After he graduated Bunka Fashion Graduate University and worked at COMME des GARÇONS, in 2018, he founded his own label, Fumito Garyu. The brand presents diverse and updated border-crossing styles conflating the iconic street style with sporty or tailored styles; the brand’s collections feature daily wear that are pragmatic yet with designs that critically embodies a smattering of the society.
Instagram：@fumitoganryu 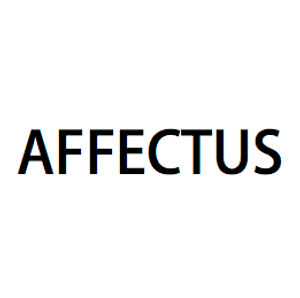