YEAH BOiii COLE is one of the members of DNCE, US-based dance rock band that is now undergoing an indefinite fallow period. After having collaborated with Japanese musicians such as Yasei Collective and SEKAI NO OWARI, he released his solo debut album “ANTIBODY SUPER SOUL” under the name of YEAH BOiii COLE. As can be seen from the title, a profound thoughts and experience on the harmony of three elements: “body”, “mind” and “soul”, form a foundation of this album. As a Japan lover who has visited Japan multiple times, Cole talks extensively about the inspiration he got from Japan, the path to create his sounds out of it, and how he works through his spirituality and physicality.

Experiences in Japan that triggered the solo project

——You are known as a member of DNCE, but why did you start working under the name of YEAH BOiii COLE in the first place?

YEAH BOiii COLE (hereinafter YBC): The reason for my activities under the solo name was that I visited Japan. I visited Japan for the first time in 2009, and after that I started to go to Japan a lot as a member of DNCE. I had such a strong spiritual experience… I learned for the first time in my life the sense of connecting with people, nature, and the other various things. It was such an experience that I felt like I was in the right place right now, which led to big questions like “What am I?” YEAH BOiii COLE was started to express such a mysterious feeling.

——The Japanese logos such as “KANPAI” and “Yabai” for your original apparel brand “YEAH BOiii Official” are also impressive.

YBC: When I went to Japan, I learned the word “Yabai” (laughs). I originally used the word “YEAH BOiii” as a favorite phrase, and it sounds similar to “Yabai”. “Yabai” originally had a negative meaning, but I was told that the meaning of it had changed into a positive, which I liked. “YEAH BOiii Official” is a brand that was started with the aim of supporting young homeless people in need in the world. With it, I am thinking of giving young people all over the world “global hug” through street culture in Japan, New York, and various places.

Awareness of harmony among three elements: “body,” “mind,” and “soul.”

YBC: It felt like I’ve met an old friend. Everything about me felt relaxed. Of course, Japanese culture and things like “kawaii” are also very nice, but more than that, I had wonderful encounters everywhere in Japan, fateful events happened suddenly, and it was easy for me to get inspiration. This was a very sensuous thing, so it’s difficult to put it into words, but I felt like I was being supported by something behind me.

——It was just like something had hit you in your mind, right?

YBC: That’s right. I went to Yoyogi Park and saw the cherry blossoms in full bloom. That was obviously a great view for everyone, which I felt very special. I took a lot of pictures there, and something like a ball of light was captured in these pictures. Through such a mysterious experience, I felt like I was loved by something and felt like I was in the right place. Having brought back that inspiration, I am expressing it through YEAH BOiii COLE.

——This time, the solo debut album “ANTIBODY SUPER SOUL” has been released. There is some sense of fun within it, but the number of notes is small and sounds are sharp, and I felt something like the aesthetics of subtraction. How did you reflect the feeling you actually had got in Japan in the album?

YBC: Throughout “ANTIBODY SUPERSOUL”, the concept is dialogue with living things and harmony of the three elements: “body,” “mind,” and “soul.” For example, the song “CLOUD IN THE SKY” is a song about the relationship between “mind” and “soul.” I likened “soul” that we are not usually aware of to an endless expanse of the sky. And a cloud of “mind = emotion” flows through it, expressing that the weather condition of “soul” is changing.

Starting album production while feeling “I want to leave this world”

——You also have a podcast “AGGRESSIVE KINDNESS” that focuses on the topic of mental health. From this fact, I thought that you were thinking about your mind and body quite consciously, but when did you start thinking about them?

YBC: It’s connected to my experience in Japan, but first of all, after getting inspiration from Japan, there was a very difficult time for me in 2019. To be honest, I even felt that I wanted to leave this world.

——In other words, did you feel that the “body”, “heart” and “soul” were separated?

YBC: Yeah, that’s totally right. I don’t mean that this was triggered by a specific event, but I was feeling that the “mind” was interfering with the “soul” that was really affectionate and full of creativity. I felt strongly that I was not able to take best advantage of the talent I have: the talent I mean here is not something extraordinarily special but more like an individuality. On top of that, I had a great deal of fear of failure at the time. But I said to myself, “if I was doubtful about being alive, I just have nothing to lose”, and I thought I could try to transform myself into a new one before I leave the world. That’s how I started making this album.

——Did the sense of anxiety and discontent disappear during the production process?

YBC: Yeah. As a result, I was healed a lot through the production of this album. Some people would find this kind of story strange, but after entering a difficult time in 2019, I traveled by myself to Japan. At that time, I also had had a great inspiration that would later gave me an opportunity to realize how wonderful gift life is and how unique and perfect each person is.

——What kind of things did you actually do to crystalize these ideas as a sound?

YBC: First of all, I tried to return myself to my childhood. Since I was an only child, I used to create a comfortable space for myself since I was a kid, and immerse myself in my own world, draw pictures, and make music in it. As a kid, I remember that I was in a state of concentration, or a feeling as if my thoughts were united. That’s why I stayed in the same room for three years and made this album. I woke up suddenly at midnight to come up with some idea, thinking “Maybe I should do it like this!” and keep working on production till noon the next day. That’s what I was always doing.

——Is the “state in which your thoughts are united” similar to the feeling that your “body,” “mind,” and “soul” are united?

YBC: Rather than being united as one, it’s more like each one being lined up in harmony. Among them, the “mind” has emotional instability that is up to thoughts, whereas the “soul” is not influenced by education, it is groundless and we are not conscious of it in the first place. But I think it’s a very important factor in life. For example, when I suddenly meet a friend I haven’t met for about 20 years, or when I meet a loved one..you know, at such a serendipity moment, or when I don’t know why but my body moves intuitively, I believe my “soul” is moving my body.  Since I got such an intuitive experience in Japan, I thought that it was important for the “soul” to grip the steering wheel of life and to be in harmony with the “body” and “mind”. I hope I could convey this idea through this latest album.

Embracing both serious and party-boy aspect, and expressing the multifaceted nature of life

——Since the music you had been doing, including the ones of DNCE, seemed to be oriented toward the “body” and “heart” that brought a fun atmosphere, the concept of this album and your thoughts on “soul” was somehow unexpected.

YBC: It was unpredictable, right (laughs)? I don’t want to be expected so much, so I’m happy to hear the word “unexpected”. Right now, I’m making music by focusing on myself rather than on the problems on earth. Among them, this album has a very serious part, but of course I myself am also a party boy. I believe I was able to express both sides firmly.

——I could see that your multifaceted personality was intertwined and sublimated into sound.

YBC: Life isn’t flat, it has up and downs, which I think is concerned with all living things. Everyone has a lot of aspects, such as gentle, wild, serious, fun and crazy. I want to live my life, embracing all of these aspects. That’s why I want everyone to listen to it, but of course I didn’t make it in order to be recognized by someone. And it’s an expression based on my personal experience, so I don’t think everyone will understand it. However, I made a very dynamic and dramatic sound, so even listeners who don’t understand the notion of “body”, “heart” and “soul” that I really want to convey will definitely enjoy it. Even if you are not conscious of physicality or spirituality, I would be happy if you could become aware of such parts through a crazy person like me.

——Your party-boy part is quite visible in the sound, and it seems that there are many people who will dive deeper from there.

YBC: That’s exactly I want to do! My musical style may seem a bit aggressive, but through podcasts I talk about topics on mental health and physicality a little more concretely, suppressing that aggressive aspect considerably. Expression activities including podcasts helped me overcome difficult times. After that period, it feels super good now. At the time when this album was completed, I felt like I could do anything. I’m really looking forward to seeing how the message about “body,” “mind,” and “soul” contained in this album is conveyed to people, and how it helps people. I’m already working on my next album. Next, I’d rather be closer to the “heart” and express the harmony of joy and fun. Also, as a visual artist, I’m also focusing on MV production, so I’d be happy if listeners could see various forms of my work.

YEAH BOiii COLE
As a member of Semi Precious Weapons and DNCE, COLE has played various musical instruments such as bass guitar, guitar and keyboard. He has released “ANTIBODY SUPER SOUL” under the solo name YEAH BOiii COLE. In addition to musical activities, he also develops the apparel brand “YEAH BOiii Official” with the aim of supporting young people in need, and also works as a visual artist, and philosopher through podcast “AGGRESSIVE KINDNESS”.
Twitter：@YEAHBOiiiCOLE
Instagram：@yeahboiiicole
Podcast：@AGGRESSIVE KINDNESS with YEAH BOiii COLE 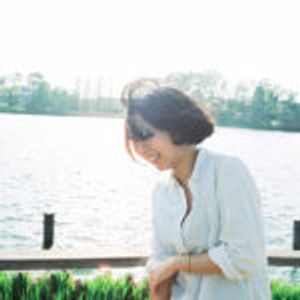 Freelance editor and writer, born in 1990,Obihiro City, Hokkaido. After working as an assistant editor at Shufu no Tomo and Rittor Music, she worked at Rocking On Japan and CINRA.NET before going independent in the summer of 2017. After working at Rocking On Japan and CINRA.NET, she became independent in the summer of 2017. She has contributed to BRUTUS, TOKYO VOICE, GRIN, and other publications. Her favorite things are nature and animals. Special skill is oracle card reading. Instagram：@aicoyote
See Aiko Iijima’s other articles