Germany’s leading purveyors of jazz, Jazzanova are back! They recently endeavored on a very special project during the pandemic, carefully selecting and reimagining music released on Strata Records, championed by club music heavyweights such as Giles Peterson, Theo Parrish amongst others.

Strata was a pioneering but short-lived and multi-faceted collective that tried to strike at the heart of Detroit’s jazz scene and it was also founded to provide assistance in helping to revive a city decimated by riots in the late 1960s.

This special project was conceived by 180 Proof Records’ head honcho, DJ Amir who is in charge of the administration of the label’s recordings. He joined forces with BBE Music to help bring into fruition this project and released this album, Strata Records – The Sound Of Detroit – Reimagined By Jazzanova.

And Ahmir ‘Questlove’ Thompson, the drummer, producer and member of The Roots also quoted about them and their new album. “As a longtime Jazzanova head, I expect nothing less than prime grade A quality musical excellence and this go round is absolutely no different. It comes with a lush maturity, evolved growth & envelope pushing all the while remaining true to their mission of making creative music from their hearts. Go Jazzanova!”

Currently, Jazzanova have been embarking on a tour since the release of the album, performing at jazz festivals across Europe and at London’s Jazz Cafe to critical acclaim.

In the midst of their ongoing tour, two of the group’s spokesmen, Stefan Reiserling and Stefan Ulrich took time off to discuss about their recent activities, their new album and their thoughts on Japan.

Jazzanova
Formed in Berlin in 1995 by the original 5 members of DJs, musicians and producers who wanted to join forces to create dance music inspired by their mutual love of funk, jazz, disco, latin and many other types of music. Initially formed as a DJ crew, the group evolved into a production team the following year and also established a collective and label called Sonar Kollektiv in 1998. Jazzanova has until now, released four original albums, In Between, Of All The Things, Funkhaus Studio Sessions, a collaboration between singer, Paul Randolph in 2009 and The Pool. The group evolved furthermore and began to play as a full-fledged band capable of touring, and up until now, have held concerts at the Blue Note Tokyo, Billboard Live as well as the Fuji Rock Festival in Japan.

“Strata Records – The Sound Of Detroit – Reimagined By Jazzanova”

——Your new album is a reworking of songs released on the Detroit label, STRATA. Can you explain why a group based in Berlin like yours, decided to release this kind of album? Can you tell us how it came about?

Stefan Leisering (Leisering): It‘s DJ Amir who contacted us having this idea in mind beginning of 2020. He lives in Berlin since a few years now. He is reissuing the Strata catalogue but also releasing previously unreleased music from the label’s catalogue on his 180 Proof label.

Since also we Jazzanova members are record diggers and collectors we knew about and love these rare and quite unknown records, we totally agreed to be involved in the project. The musicians of our Jazzanova live band joined and the album was born.

——It must have been difficult choosing the songs to be reimagined for this album but what was the concept behind the song selection and how did you go about in the production process of this album?

Stefan Ulrich (Ulrich): Actually it wasn’t that hard. We sat down individually and everyone chose their favorite songs and took into consideration what would fit best for the Jazzanova band and what would be feasible in a musical sense. Luckily there was a lot of overlap between all fo our choices.

——What were your particular concerns when reimagining each song chosen for this album?

Ulrich: We wanted to makes sure to catch the essence of each song, not going too far away, but also not just bluntly replaying the tunes – so in essence striking a balance between venturing out and playing it safe.

——When you listen back to the music released on STRATA again (after you have gone through the process of reimagining them for your album), what are your impressions and feelings towards the label now?

Ulrich: Re-listening now we’re really stunned by how many different styles they were able to put under their umbrella, how much they put their own signature on it and how it was possible that the label and the music on it was so obscure for such a long time.

——I assume this album was made during the pandemic period but what were the difficulties in producing this album and what do you think of the current pandemic situation in Berlin (living conditions and club scene) now?

Ulrich: In practical terms it was pretty easy to record this album during that time because everyone was available and not touring or doing something else. On the other hand there was of course still a lot of insecurity around this sickness and how to deal with the danger of getting infected. So we had to test a lot to be on the safe side.

Right now in Berlin everything seems pretty relaxed as most of the restrictions are lifted and also the clubs, bars etc. all re-opened. But the city won’t be the same – and that is only partly due to the pandemic. A lot had already changed prior to that and especially the club scene suffered a lot and lost its lightness and a lot of its charm.

——How would you like this album to be listened to by its listeners?

Ulrich: We think it will work in many different settings – while having dinner or hanging out with your friends (at home or in a pub), but also totally focused on the music with a glass of wine on your couch on a weekday evening.

——Your group has performed several times in Japan before. Please discuss to us about some of your most memorable episodes in Japan and what do you like about it here?

Leisering: The first time i was in Japan to promote our first Album “In-Between“ in 2002. Since then and especially since 2009 I was in Japan a few times especially with our Live Band playing at Blue Note and Billboard (Tokyo, Osaka, Nagoya). Since I didn’t have much time besides my job, I mostly explored the vinyl shops and of course, I had the best culinary experiences of my live in Japan.. I never had some bad food there!!

From Ramen to Okonomiyaki to Teppanyaki to Sushi and more.  I found out that the German Baumkuchen is big in Japan.. and with Matcha taste its even better  than the traditional German one.

But my favorite experience was to play at Fuji Rock in 2013. I would love to play there again soon.

——Also, what was your first encounter with Japanese culture when you were young?

Leisering: I learned Judo for two years when I was 6-7 years old.. sorry, I only made the yellow obi. Deashi Harai and Uki Goshi were maybe the first Japanese words I have  learned in my life. Of course, I have seen children cartoons/anime like Heidi when I was a young child.

——How do you perceive the Japanese jazz scene and its music? Do you have any favourite artists or influences?

Leisering: I don’t have much knowledge about the newest acts in Japanese jazz but of course. I follow my friends. Shuya & Yoshi Okino‘s projects like KJM .. or Quasimode, Sleep Walker (Hajime Yoshizawa) etc. I‘ve always loved the energy and dedication that comes over from Japanese musicians, DJs but also from record collectors. Mostly I have classic 60s-80s Japanese Jazz in my collection.

——What was your very first encounter with Japanese music when you were young?

Leisering: When I was maybe 10 years old (it was in the mid 80s), I went with my parents to a performance of traditional Japanese drum & percussion music. It was super exciting for me as a child! When I was 13 (1987), I loved to listen to David Sylvian/ Riyūichi Sakamoto “Forbidden Colours“. My first 90s encounter with Japanese Music was Pizzicato Five.. but later also Towa Tei, UFO, DJ Krush and more.

——For the both of you. Please let us know of your Top 5 Japanese music tracks.

Leisering: It’s hard to make an all-time list because there is so much good music from japan, but at the moment, it would be these:

Ulrich: I’m ashamed having to admit that I don’t have much points of contact with Japanese music. However I had a phase during the pandemic when I totally got into Japanese Ambient music from the 80s, so here are my favs from that phase:

——Thanks. It seems that music events in Japan including outdoor festivals, will become active soon like before the pandemic. Fans in Japan and around the world are looking forward to the day when they can see Jazzanova live. What kind of shows do you want to do in the future and what message do you have for your fans who are looking forward to seeing you live?

Ulrich: First of all, we LOVE Japan and always enjoyed coming here, doing shows. So we’re really looking forward to the day when we return and our audience can expect something exciting: Until now, we were always trying to reproduce the Jazzanova sound as closely as possible live on stage. This time the approach is different: we’re having a jazzier vibe, with a lot of free parts and plenty of room for the band to blossom and really discover new spheres. 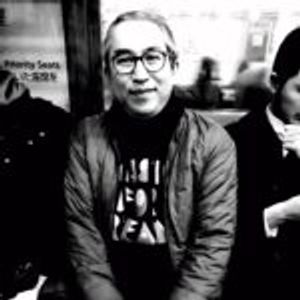 For the last 20+ years, Tokyo based Ken Hidaka has been a key figure and the "go-to-guy" who connects the Japanese music industry to the world and vice versa. As a coordinator, reissue supervisor, a&r, music writer, translator and DJ, Ken has nurtured and supported the frontline of both Japanese and global music communities ranging from ambient to disco and everything in between.
See Kensuke Hidaka’s other articles