One day in May, I scrolled past a tweet promoting an upcoming photo exhibition called Tokyo Over— in it was the first photo of Okada Kisara’s that I had seen. It confounded me. I went to the show on the first day, at the soonest moment I could.

Okada’s photos are stunning, in terms of both surprise and visual appeal, but also funny, in their peculiarity and humor. They find magical coincidences in the implausibly everyday— taking in a collection of them, one is pushed to wonder what incredible moments pass by unnoticed in our daily lives.

Tokyo Over is Okada’s final collection of work relating to the Tokyo Olympics, catching the city in moments of both transformation and stasis as an anticipated “2020” bleeds into 2021. To tap into her perspective, we at Tokion asked for an interview.

–The theme of your current exhibition relates specifically to Tokyo, and the “Tokyo 2020” Olympics phenomena. But your body of work also has a very close hold on the city. I first wanted to ask: do you identify as a Tokyoite?

Kisara Okada: Well, I was born and raised in Tokyo, and still live in the city today, but I’ve actually come to feel kind of like a tourist, living here. Compared to somebody who’d moved here from another part of Japan, some might say I’m the real Tokyoite, but I really don’t feel like I could say so myself. By taking photos of the comings and goings in Tokyo, though, I feel like I can capture a sense of “humanity” in the city, through the people that really live here. And so I’ve made that a guiding principle of my work.

–Would you say that the people in your pictures at Tokyo Over, then, are Tokyoites?

Okada: For some, yes— for others, no.

–How did you decide on the physical format for the exhibition of Tokyo Over?

Okada: In my statement for the exhibition, I talk about Tokyo hosting the Olympics in 2021, but it was specifically the ever-present “Tokyo 2020” logo that made me feel something very unusual was happening. Seeing Tokyo, the dizzyingly fast, fashion-following city that it is, be dragged down by this “2020” was…well, it was really like time had stopped. Before time would begin moving again, I decided on that as my concept, to collect photos of the time and present them as they are. Clocks represent time, and the Olympics are always represented with those rings, so I thought, why not make some clocks into rings? And so I did.

–There is a gripping sense of mystery in many of your photos— would you say you find that mystery more often in the moment, or upon review?

Okada: Both. When I see something that looks unusual, I rush to press the shutter. And later, when I go through the photos that I’ve collected, I always look for more of that kind of picture. So really, it’s up to when I get the chance to catch a scene with that sense of mystery— when I do, I’ll take its picture.

Okada: Yeah, about 200. I took some today, they’re still in my camera…but yeah, about 200 today too. I generally take them on my way to and from the office, but also in my free time after work. All year round.

–You seem to have found an ideal range of physical distance between your camera and the subjects you shoot. How did you arrive at that distance?

–As a street photographer, what kind of reactions do you get from the people who notice you?

Okada: “Oh, she took one.” (Laughs) “Ah, she’s taking pictures.” Something like that, usually.

–But nobody starts a conversation with you?

–What is it that draws your camera to all of the older men, the oji-sans of Tokyo?

Okada: There’s something about their body, their build, their walk, that reflects their actual lives. But it’s not just the oji-sans, it’s the madames of Tokyo too. Young people are probably too used to being photographed, they tend to stiffen up their bodies. With time, our bodies loosen up, and one’s true self starts to come out…that’s true for a lot of oji-sans, I think. They also just happen to be all around me, in my neighborhood, and on my commute…

–Would you say that you see them as a model for your photos?

Okada: No, I wouldn’t call them models. But they’re able to reveal something about Tokyo. I think that oji-sans walk through the city with purpose. Young people don’t mind wandering around, but if an oji-san doesn’t have a destination in mind, he’s probably not just gonna get up and start walking. Generally speaking. And I feel that phenomenon is linked, in a way, to Tokyo itself.

–Masks have an inevitably large presence in your recent photos. How did your reaction to them develop as a photographer?

Okada: When people first started wearing masks, I never would’ve guessed they would change the feel of the city so much…being unable to see people’s faces really took me by surprise. I thought that with half our faces visible, we’d at least be able to make eye contact, but even that didn’t really work. But I do have to say, with masks hiding people’s identities, it almost felt like being given permission to take their photos, the rights to use their likenesses. Something loosened up, and taking photos started to feel really easy. That’s just my perspective, though. It’s not like people couldn’t be photographed before, but I do think they used to give more of a repulsed reaction, like, what’s she doing?

Looking at things long-term, the time people spend out of masks is gonna be a lot greater than the time they spent in them. Once it gets hot, people will stop wanting to wear them, and it’ll be like, it was really only a moment, an experiment, when everyone was so proactive about masks— through photos I can make a record of that moment. Well, it’s not like anything’s officially over yet, though.

Tokyo transforms in the blink of an eye

–Your pictures have this incredible way of revealing partitions that separate perspectives— sometimes those are literal walls, and other times they are suggested boundaries, like the yellow lines in a subway station. Have you always paid attention to these partitions?

Okada: Yes, that’s something I’ve always been conscious of. I’ve sort of considered it in terms of design, as if looking through a screen. Those yellow lines, I take their image as a kind of print. They’re supposedly there to help guide people who can’t see, but they end up being used in all sorts of ways.

—Then is your focus on the design itself, or the way people react to that design?

–In your current exhibition you have quite a number of photos taken in the subway. What compelled you to bring your camera there?

Okada: In 2021, because of the Olympics, hardly anybody was riding the subway. I got this feeling that I’d never get a chance to see the subway with so few people…watching them move around, transferring between trains, there was something unbelievably dramatic about it. You’d think fewer people would mean less drama, but with the stations so bare, it became much easier to make out what was going on. I became fascinated by passerby and the connections people shared with one another, so I started taking their pictures.

Okada: I do see it as inevitable. That, I think, is Tokyo. Shibuya station is a good example. When one construction project ends, another begins, and when that one ends, yet another begins…well, that’s probably how it is for all of central Tokyo. I mean, of course there has to be enough infrastructure to support the population. The city builds, sells, and demolishes accordingly. I can go to the countryside and feel like, wow, nothing’s changed since my last visit three years ago! And then in Tokyo I get lost at the drop of a hat. But it’s that labyrinthine feel, the time spent moving around in excess that I love about Tokyo. Change is anything but boring.

–So is that sense of active change what makes you feel like a tourist in Tokyo?

Okada: I think so, yeah. People are always moving about, coming in and out of the city. In turn, the city changes. Blink, and you’ll miss it.

–I was impressed by the advertisements in your photos— their expressive faces seem to peel them away from the very context of “advertisement.” How do you look at ads?

Okada: I’d say advertisements are a defining feature of Tokyo. The streets, at least, are pasted full of them— at some point I realized that, as a sort of word-junkie, I always end up reading each word of the ads. With that in mind, I did make a point of taking photos of ads, but they also have their own way of popping up in front of me, catching my eye…and when they do, I think, ooh, that’s a good shot, and take a picture.

–So the words are just as important as the images?

–As a foreigner, the stereotypical image that I have of Tokyo in mind is a city at night— the advertisements are lit-up, possibly flashing. Why do you primarily photograph the daytime?

Okada: It’s a bit hard to say, but…well, for one thing, I’m a daytime person…I just can’t stay up that late (laughs). But also, to be honest, I think that in the nighttime everything ends up looking exaggerated. What I want to express through my photos is the strange wonder of the everyday— to show everybody how delightful life can be if you tune into your surroundings. So I prefer to shoot the times when nothing in particular’s going on.

Okada: Overwhelmingly, from the outside. I don’t think that it’s any sense of my own— rather, I feel the world itself is incredibly funny. That I’m able to capture some of that funniness is magical to me. While I’m out there capturing those moments, I have to bear the knowledge that all these incredible things might be happening just behind me…what a waste, that I can’t catch it all on film! So I feel, overwhelmingly, that it’s the humor of the outside world.

Kisara Okada
Born in 1988 in Tokyo, Japan, she graduated from Musashino Art University, Department of Imaging Arts and Sciences in 2012, and was selected as a finalist in the 4th 1_WALL in 2011. he was selected for Nikon Salon Juna21 in 2015 and Konica Minolta Plaza Photo Premio in 2016. in 2021, her solo exhibition “ⒸTOKYO to KYO to KYO” at Gallery TK2 in 2021, “©TOKYO Genso Genjitsu no Tokyo Biyori” (Kyoto Museum of Photography, Gallery Japanesque, 2021), and “Tokyo Tenpencheese! (Canon Gallery Ginza, Osaka, 2022).
Kis/PHOTO
Instagram：@okadakisara
Twitter：@oKadaKisara 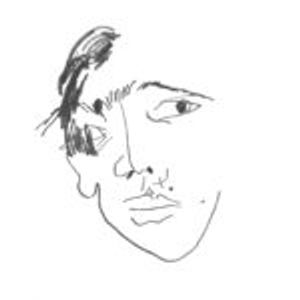