Even if you are not into art, it is most likely that you’ve heard of Banksy for at least once. Banksy’s street arts, an act of vandalism that could otherwise be prosecuted, instead face salvation and careful preservation, or get stolen altogether. He does not sell his art but when auctioned by his collectors, the price can be incredible. You may remember the breathtaking stunt from 2018. He had hidden a built-in shredder inside the frame of the artwork, and his piece self-destructed shortly after being sold at the auction.

In the ongoing COVID-19 pandemic, Banksy donated his artwork to a British hospital as a tribute to the front-line healthcare workers, with his intentions to have it auctioned off to raise proceeds for the hospital. The stencils of rats playing with face masks appeared in the underground train carriage along with the Banksy’s tag sprayed in the color of a surgical mask. He seems consistently generous towards the socially vulnerable, while pointing his middle finger at snobbish capitalists.

Despite his fame, the identity of Banksy is completely hidden, leaving us many mysteries. With a full-scale investigation, the book, “Banksy: The Man Behind the Wall” by journalist Will Ellsworth-Jones gives us a better understanding of the artist in anonymity. However, the book does not attempt to reveal his real identity. Ellsworth-Jones carefully examines the trajectory of the unrevealed artist; chronicling from the days of being an outsider to the art world to today’s most influential artist that continues to grab public attention with or without his intent. We asked the author/journalist Will Ellsworth-Jones what he thinks now. (The book is available in Japanese through PARCO Publishing.)

――It’s been eight years since this book was originally published in the UK, and Banksy has continued to be a constant source of buzz to this day. What changes have you seen in Banksy himself, his works and his position in the art world over the past eight years? Which one of his works or projects particularly left an impression on you?

Will Ellsworth-Jones (Hereinafter Jones): I don’t think Banksy himself has changed much but how he is now looked at has changed radically. It used to be that if he painted on the streets a local council would want to paint over it, now they want to preserve it. He used to say that galleries are just trophy cabinets for millionaires. Now, unfortunately, hard as he has fought against it, he is one of the trophies. As for his work I think that nowadays it is less his stencils and more his installations that are most important, particularly Dismaland and the Walled Off Hotel in Bethlehem.

――In January 2019, a stencil work of a rat that looked like that of the Banksy’s was discovered near the Hinode monorail station in Tokyo, and made a wave when the governor of Tokyo tweeted in favor. It is said to have been painted in 2002, and he was in Japan at that time. Can we really consider it to be the piece by Banksy?

Jones: No I don’t think you can. It might be by him but I don’t see any reason why he would not acknowledge it by now if the painting was by him.

ーーSome people say, “graffiti is a crime, but Banksy would be welcome”. What are your thoughts on such contradictions?

Jones: Of course it is a contradiction but we all have to make judgements. If I had a particularly intricate piece of graffiti on my wall or a good piece by a street artist whether Banksy or someone else I would want to keep it. But a tag that was so awful it hardly deserved to be called a tag I would want washed off the same day.

――You write in the book that Banksy pays most of his production expenses by himself, makes significant donations, and he lives in an ordinary house rather than a mansion. During the stay-at-home period, we saw his Instagram photo taken inside the bathroom with many rats drawings. Do you think that is his real home?

Jones: To be honest I don’t know but I suspect not – but maybe his studio.

――You also write in the book that Banksy was not so obsessed with hiding his face in the early days of his career. Does that mean fans back then knew what Banksy looks like?

Jones: Well he wasn’t going to show himself to the police, nor, on the whole to journalists. But he could in those days just get on with his life without bothering to cover up all the time. There weren’t really fans of Banksy in those days, just friends and other graffiti writers who painted with him.

――Why do other graffiti artists like Shepard Fairey or André show their faces without hesitation? I’m sure they don’t want to be in a situation where they get caught by the police, either.

Jones: Shepard Fairey is more of a successful entrepreneur these days than a street artist. I don’t think he is ever likely to be arrested. I don’t know much about Andre’s work but he too seems now to be more of an entrepreneur than a street artist. But covering up has always been part of Banksy’s image. It might not be necessary now but it was for a long time and it is hard just to discard that part of his life.

――Which one of Banksy’s works do you like best?

Jones: I have grown to like much of his detourned work and installations most of all. I loved – if that is right word- the death of Princess Diana in Cinderella’s coach at Dismaland. I think the Walled Off Hotel in Bethlehem is brilliant both as a piece of art and a constant reminder of the Israeli barrier. I have always enjoyed his detourned version of Millet’s The Gleaners at the Bristol Museum and further back I love his stencil of the child raising a Tesco flag like it was the American Stars and Stripes on the outside wall of a chemist shop in London. I like this particularly because he is so imaginative he used the electricity cable on the wall as a key part of the scene – the flagstaff.

――When the Russian activist group Voina (later Pussy Riot) was arrested in 2011, I did not know that they were released with the help of Banksy. Later on, PussyRiot performed at Dismaland in 2015. Can you tell us about their relationship?

Jones: As far as I know Banksy just heard how badly they had been treated and wanted to help get them out of jail. Then, when he was looking for bands for Dismaland they were an obvious band to choose. I am not sure their relationship extended beyond that.

――In your book, Banksy is described in comparison to Robin Hood. To me, I get the impression that he is more like a wizard, an alchemist, or Hanasaka Grandpa, a character in Japanese folklore story in a sense that when he sprays on an empty wall he can make a lot of gold coins appear from it. How is it possible for him to do such magic in reality?

Jones: There is a certain sense of Robin Hood about him in that he takes money from millionaires and gives chunks of it to the poor. He is no magician, he is just very clever and he is helped by the fact that people understand his art. You don’t need an expert to tell you what it means. With the fame comes the money. It sounds as though Hanasaka Grandpa was a bit like him in the beginning but I think now Banksy is rather more calculating than the character of folklore.

――Banksy “unofficial” exhibitions are taking place all over the world. Shouldn’t we stop visiting them, since he has issued a statement condemning them?

Jones: They are expensive for one thing especially compared with the prices he charges for his own exhibitions: free for the Bristol Museum; £3 for Dismaland. I don’t think it matters if he doesn’t like these exhibitions so why not go to see them if you can afford it. Museums don’t buy his work – yet – so this might well be the nearest most people will come to seeing a Banksy up close.

――What can we do to bring awareness to the social problems as Banksy always does?

Jones: Unfortunately we don’t have his skill nor his imagination. Or at least I don’t. I wish I did. We can only go along the usual channels, demos, votes, campaigns… It takes a genius like him to get out of those channels and make a real difference.

――Is it a surprise that he remains anonymous in 2020, or is it what you have imagined?

Jones: People really want to know his name. You can find it on the web, but why bother, the secret is much more fun.

Will Ellsworth-Jones
Will Ellsworth-Jones was chief reporter and New York correspondent for the Sunday Times.  He has written for The Daily Telegraph, The Independent, the San Francisco Examiner, and The Anniston Star.  His last book, We Will Not Fight, was a history of conscientious objectors in the First World War. He lives in London.

Interviewed and drawing by aggiiiiiii
Translated by Keiko Tanaka
Editorial assistance provided by The Japanese translation team for “Banksy: The Man Behind the Wall”. 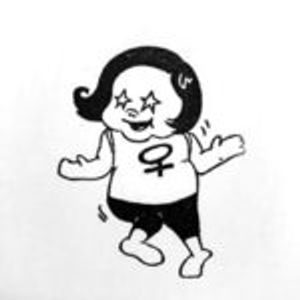 Self publishing zine “KAZAK” editor / publisher. Works on columns, illustrations, and translations focusing on overseas girls' culture and has serialized articles in “GINZA” and "Fasu". Translator of “Pussy Riot's Revolution” and co-translated “Banksy: The Man Behind the Wall”.
See aggiiiiiii’s other articles