“Eiko Ishioka: Blood, Sweat, and Tears—A Life of Design,” globally recognized art director and designer Eiko Ishioka’s large-scale retrospective exhibition is currently being held at the Museum of Contemporary Art Tokyo. The exhibition is imprinted with her unique personality and passion, where anyone has the opportunity to see most of her work all in the same place: from her early advertising campaigns to movies, operas, plays, circuses, music videos and even her project with the Olympics. In this article, Kōichi Kawajiri, author of the book TIMELESS: Ishioka Eiko to sono Jidai (In Japanese, Eiko Yoshioka and her Era), elucidates and comments on Ishioka’s life.

Eiko Ishioka was a mysterious designer.

She has won several prestigious awards such as an Academy Award and a Grammy, even leading an Olympic Games project and many other global-scale works. She was a pioneer for all creators of the global era. She was also the person who could fascinate global-scale giants such as movie director Francis Ford Coppola and Steve Jobs of Apple.

Nevertheless, her achievements seem to have been ignored, for some reason. Even though it has been nine years since her death, there hasn’t been much movement regarding her re-evaluation as a designer, as if she was sealed away in history.

Is it because her passion for work was too intense, and her aspirations too big? Is it because she didn’t belong to any organization and wasn’t even afraid of friction with the people around her? Is it because she spent too long in the United States, living like a “refugee”? Or maybe, designer and creator jobs are still seen as lower positions in society?

The reason is not clear, but there is one thing I can say.

Eiko Ishioka has worked in too many different fields; from graphic design to video, performing arts, costume design, etcetera. When she was working in Japan, she was involved not only in direction but also in editing, in which she was fully immersed, and for a while, even had “interviewer” as part of her job title.

She hasn’t only crossed the border by working in many different fields, as she also boldly overcame the barrier of industry; from advertising to film, fashion shows, opera, circus and other stages. She even crossed national and race borders by forming teams for each project, and after leaving Shiseido in the late 1960s, she never again joined any particular organization.

She was a real “nomad creator.” She even used to call herself that, long before the word nomad became popular around town.

Eiko continued to aim for timeless forms of expression, regardless of genre, borders, gender and age, hoping for that insatiable competition with talented individuals all over the world, and never really staying in “one place.” She always tenaciously expressed her individuality in all of her works, despite being commissioned. Her life was also a challenge, defying all stereotypes.

Eiko Ishioka and her lifelong theme of “survival”

The creative journey of such an unconventional designer is documented in TIMELESS: Ishioka Eiko to sono Jidai, which I recently published. I met Eiko in her final years; writing her story has given me the energy to continue working.

I wanted the next generation of creators and people who are trying to make something new to know that such a Japanese person existed. “This is a role model no one knows about,” I thought. I want to share a portion of Eiko’s power, who has poured all her energy and love into her work. That’s my reasons for writing her biography.

“There is no man or woman in design.”
“TV, the stage, posters, newspaper; everything is my canvas.”
“The creator and the audience want to have an intimate relationship.”
“Delivery must be passionate.”
“I am an instinctive human being.”

Eiko Ishioka, who left behind such words, also had a dramatic life; her life theme was the one of “survival.”

June 2011. I was interviewing Eiko in her atelier in New York when she suddenly said:

“For me, it’s important to ‘never follow what’s in fashion.’ I don’t want to imitate others. I managed to survive by expressing what I want to do. Designers are the same as athletes, so I have to train myself exhaustively; that’s how I think about it. If you can’t create something original, you can’t survive.”

I’m always standing on the tip of my toes, at the edge of a cliff. I feel like that often. If you’re careless, you’ll fall and die, but that’s when you take a stand and survive; I had many moments like this. That’s the essence of creativity.”

This is something I will never forget.

The preface to her book Watashi Design (2005) also states:

“The most important thing to survive in such an era may be cultivating the power of your true self, the power that arises from inside of you.We have as much information as dust flying in the air, and depending on how you use it, it may certainly be a weapon for surfing this chaotic world, but in the end, you won’t reach people’s hearts by presenting ideas and expressions to the world based on patchwork-like collections of information.”

“Timeless (not following what’s in fashion), Originality (what only I can do), Revolutionary (using an innovative mind);” these are the three beliefs Eiko repeated often, and they’re not exclusive to designers and creators. They are also a mantra for surviving the present era, where too many things have been digitalized, and it is difficult to feel your “self” that runs through your blood.

With that in mind, it may be possible that the times have finally caught up with Eiko Ishioka.

The exhibition “Eiko Ishioka: Blood, Sweat, and Tears—A Life of Design” held at the Museum of Contemporary Art Tokyo is showing an unusual rise in popularity, despite the corona pandemic (the exhibition will be open until February 14, 2021). It covers almost all of her representative projects, worth of being considered “the world’s first retrospective exhibition.”

Meanwhile, at the Ginza Graphic Gallery, a design museum located in Ginza, the exhibition “SURVIVE – EIKO ISHIOKA” is being held (until March 19, 2021).

In both exhibitions, younger crowds stand out at the venues. These are the comments on social media:

“So hot,” “Shocking,” “What a tremendous power,” “I can feel the strength of her will,” “Overwhelmingly beautiful,” “It has the power to make you feel positive,” “it has become a power spot for people.”

Eiko Ishioka’s creativity has the power to attract people regardless of generation gaps. It has the power to move and drive the minds of people who have become stiff with stereotypes. Her fierce but lovely “design of life” fascinates the audience, and its brilliance even awakens “something dangerous” that the world has pretended not to see until now. It shakes people’s instinct.

Perhaps Eiko has been considered taboo because of her “something dangerous.” A scrupulous radicality. However, nine years after her death, the Pandora’s box which sealed the mystery of her life has finally been opened. Inside of it, will we be able to find “hope?”

Eiko Ishioka
Born in Tokyo in 1938. Graduated from Tokyo National University of Fine Arts and Music; entered the cosmetics company, Shiseido. Ishioka came to the fore with her design for the summer campaign (1966), which became a social phenomenon. Opening her own firm, she continued to produce historic ad campaigns for Parco, Kadokawa Shoten, and other companies. Relocating to New York in the early 1980s, she worked in fields ranging from movies to opera, circus, the stage, and music videos. Ishioka won a Grammy Award (1987) for her design of Mile Davis’s album TUTU and the Academy Award for Best Costume Design (1992) for the movie, Bram Stoker’s Dracula. She served as director of costume design for the opening ceremony of the 2008 Beijing Olympics. Died in 2012. 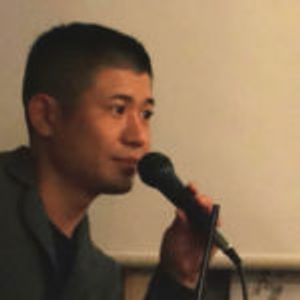 Born in Osaka in 1974, Kōichi Kawajiri is an editor. While working for the magazine “Kōkoku Hihyō,” he worked on numerous featured articles in various cultural fields, media and social phenomena centered on advertising, interviewing many creators and key persons in Japan and overseas. He is currently expanding his business to connect advertising and journalism through interviewing and writing, event planning and production of corporate content. He is also familiar with overseas trends, covering events such as the Cannes Lions International Festival of Creativity. In 2020, he published legendary designer Eiko Ishioka’s critical biography TIMELESS: Ishioka Eiko to sono Jidai. He has “creative superpowers” regarding translation.
See Kouichi Kawajiri’s other articles