I think many people are familiar with the name of the painter Paul Cézanne. Many people have seen the works of painters representing the 20th century and are known as the “father of modern painting” in art textbooks. Initially, Cézanne was active as a member of the Impressionists such as Claude Monet and Pierre-Auguste Renoir, but later separated from the Impressionists and established new expressions, whose style also had a big influence on painters such as Pablo Picasso and Henri Matisse.

One of the paintings drawn by Cézanne is a work called ” The Basket of Apples.” When I saw this picture, I was caught in a strange feeling. This work is a still life depicting several apples placed on a basket or white cloth with a bottle and a white plate on a wooden table. A sense of incongruity that cannot be felt from normal life.

The angle of the work seems to be looking down diagonally from above, but as I stare at the picture, the apples placed on the table gradually be seen not only from above but also from the side. The mysterious sensation of looking at an apple from different angles at the same time begins to look like the apple is about to fall from the table. Still, in the picture, the apple is placed on the table as if it’s firmly rooted in the soil, without falling.

A mysterious feeling that you can feel a multifaceted angle from one angle. I feel the same feeling from the collection. The brand is “Kolor” by Junichi Abe.

The “Kolor” collection, unveiled during the FW21 season, features a mysterious and multifaceted design that captures clothing from various angles. This time, “Kolor” held the first runway show in four years in Tokyo, and the video was broadcast live on the official schedule of FW21 Paris Men’s Collection.

The clothes of the models walking on the runway are all familiar to us if you look at the items such as knits, jackets, cardigans, and the stadium jumpers mentioned at the beginning. Everyone has seen it once, and there is one outfit that we have worn.

However,  these commonplace clothes stand out in “Kolor” collection. I’ve never seen such a knit before. For example, Look 6 has a traditional style with a shirt on top and a layered pullover-type knit on top.

If you look at the look, you would soon notice that the appearance of the knit is distorted. The neck is especially eye-catching. Two types of V-neck are arranged on the collar, but the blue V-neck part is cut off in half and folded, so it is positive that expands your imagination as if three types of necklines are mixed. It can be said that it is a design that allows you to feel a multifaceted perspective from one knit.

In this look, a tailored jacket with chalk stripes is lined with two plaid materials on the inside, plus some light gray knit cardigan-like details.

And in this look, the rider’s collar is layered on top of the stadium jumper, and in addition, glossy fabric with a bitter purple or pea-colored color can be seen from under the rider’s black collar, just like the lining of clothes. I got the feeling that it looked fragmented.

Originally, “Kolor” recent collections were characterized by a design in which clothes were mixed in pieces like this. Still, in the FW21 collection, the mysterious feeling of this multifaceted design is improving again.

Only one person in the world, Abe, can peep into people’s brains with a jacket’s image focused on various places from various angles. Abe thought it was interesting from among the innumerable images. The design, which can be said to be a collection of fragmentary images of the above, appeals to me the elegance of the same perspective as the multifaceted paintings drawn by Cézanne.

And it is not limited to one item. The design is expanded to the state where fragment images of multiple items are docked.

Looking at the collection in detail in this way, I also felt that there was a difference between the multifacetedness of Cézanne’s paintings and “Kolor.” As mentioned initially, Cézanne draws multiple apple shapes from various angles, but “Kolor” is designed to capture various parts of the clothes and combine them into one. Creative fun lurks in the difference in angle and place, multiple and one, and such a multifaceted expression method.

I am reminded of the common sense about clothes that it is okay to have different appearances in one piece of clothes. “Kolor” FW21 season showed that much power. I cannot help admiring Abe’s ability to create a conceptual background while using basic items that everyone knows and to create an attractive and fashionable design.

The Japanese designer I feel most greatness right now is Masayuki Ino of “Doublet.” The “Doublet” designed by Ino is getting more powerful with each collection. I think he has more talent than we think.

Of course, Ino’s qualities have already been proved by winning as the first Asian Grand Prix in 2018 at “LVMH PRIZE,” which is now the world’s best fashion competition. That description seems unsatisfactory to talk about his abilities and talents. I feel that greatness from the current “Doublet.”

Like “Kolor,” “Doublet” also held a runway show in Tokyo, delivered on the official schedule in Paris. Here, I would like to talk directly about the real feeling I got from the “Doublet” FW21 collection.  It may be an emotion that cannot be shared with anyone else. But I want to try to talk.

While watching the “Doublet” show video, I spontaneously muttered. A feeling of strangeness precedes from the beginning of the show. The walking appearance of the models is awkward and strange. At first, I wondered they walked carefully to not slip on the wet road surface due to rain.

The show venue was a scrap factory, where excavators were crushing cars and lockers right next to the models walking ー It was supposed to be. The original image is betrayed. As the footage progressed, the cars and lockers that were supposed to be crushed began to return to their original state. However, the feeling of strangeness does not end there. It’s so smooth and obviously strange that a perfectly crushed car or locker returns to its perfect shape.

Even at the finale of the show, the feeling of strangeness cannot be wiped out. It’s a common sight to see all the models appearing and walking forward all at once at any show of any brand. There is no change in the way the models walk strangely. When the models reached the tip of the runway puddle road, all the models walked backward, this time with their bodies facing forward. It’s so fast that you can’t think of walking backward, and it’s smooth and flowing. Moreover, they walked without looking back at all, and the curve turned smoothly.

“Can people walk backward so well?”

After the show footage is released, the answers to my questions would be revealed. Ino’s gimmick directed this show video. The finale is at the end of the show. I’m sure many people are aware of that. Ino was taking that recognition in the opposite direction.

The actual show at the site started from the finale, progressed toward the start, and ended. This show video took a picture of the situation and played it in reverse to make it look like it was proceeding as usual.

Why do you take it for granted that time progresses? Time may go backward.

Ino uses human beliefs to break them. In the SS21 collection of the previous season, Ino also showed an unexpected gimmick at the end of the show and footage (for those who haven’t seen him, I won’t go into details here). It breaks the viewer’s beliefs as if a mystery novelist unravels the mystery of the story. Be sure to add humor to it.

It’s not just about show production. The collection too. When I was looking at “Doublet,” it reminded me of the style of the Showa era’s downtown gangs, which style was something I hated.

I was born and raised in the southern part of Kawasaki City, Kanagawa Prefecture. Now, the redevelopment around Kawasaki Station has been successful, commercial facilities and tower condominiums have been built, and the city’s view has become dramatically cleaner. However, for me, Kawasaki is still in the 1980s when I was in elementary school. Factories, customs, yakuza, gangs, and occasional national news crimes; that’s Kawasaki for me. I think that the scenery of Kawasaki that I saw when I was a kid is a reaction to my preference for minimalist clothes. For these reasons, I wasn’t attracted to the fashion I saw in Kawasaki in the 1980s.

However, “Doublet” is surprisingly overlapped with the clothes of the people I saw in Kawasaki at that time. I’m surprised at that. In fashion, which I thought was far from relaxed and elegant, Ino discovered the beauty and put it on the stage of style as his own original world, which can be said to be the only one in the world. And I’m drawn to the collection. I was fascinated by the fashion that I should have hated.

Plush toys were attached to coats, shirts and bags in the FW21 collection. For a moment, I think of Walter Van Beirendonck, but the “Doublet” is in a different context with a different expression than “Walter.”

“Walter” puts elements that would not normally be used in fashion, such as stuffed animals, on clothes with aggressive designs, but Ino is different. He uses stuffed animals for realistic and casual clothes. Clothes lose their realism. The collection of “Doublet” is so powerful that the contradictory expression of a realistic avant-garde comes to mind.

Of course, the change of the times may be related to accepting such a design of “Doublet” in the market. With the advent of Demna Gvasalia, who finds beauty in the ugliness of beauty, has become the mainstream of the times in fashion design. Demna presented a sense of beauty with completely different values ​​from the traditional Parisian elegance nurtured in the 1950s after the war, which covered the world with enthusiasm.

However, Demna’s design also seems sophisticated to me after seeing the “Doublet.” For me, “Doublet” is more ugly. “Doublet” further expanded the horizon opened up by Demna. Ino picks up what was abandoned at the edge of the widened horizon. Because of that feeling, I may feel such a greatness in Ino.

How on earth was Ino able to reach this sensation and make it bloom? What kind of thoughts and feelings did Ino repeat in the process of flowering? What kind of anguish, conflict, and uplifting creativity were there? The secret draws me to read mystery novels. 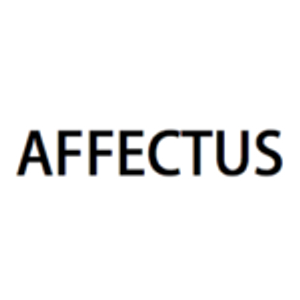