“Asia, a Horror Film Paradise” (Kaiki Eiga Tengoku Asia) refers to Inuhiko Yomota’s book on Southeast Asian horror films. The power dynamics of horror films in Asia, including East Asia, are changing. In this installment, I’d like to take a glance at Korean horror films from 2020.

An abundance of Korean horror films in 2020

Every year, I look forward to Asian film lists that come out around New Year’s. The ones on Asian Movie Pulse are especially out there, unique, and intriguing. 2020 was the year of Korean cinema, as one can gather from The 25 Best Asian Films of 2020. Aside from Tsai Ming-liang’s Days, which I touched on in the fourth installment of this series, four of the top five films on the list are Korean. Another list of theirs, The 15 Best Horror Movies of 2020, mentioned multiple Korean films. I’d like to focus on this list first.

The 15 Best Horror Movies of 2020 had films from the following countries:

In fourth place is Joko Anwar’s film titled Impetigore, co-produced by CJ ENM, the company which produced and distributed Parasite.

If we were to count this as partially Korean, then half of the films (7.5 films out of 15) on the list were involved with a Korean production company. Let us look at another. On American horror website Bloody Disgusting’s The 10 Best International Horror Films of 2020, two out of the ten films are from Korea: The Call (2020) and #Alive (2020), both of which are now streaming on Netflix. Impetigore is also on this list, so perhaps we could say there are 2.5 Korean films on the list. Meaning, 1/4th of the films on the list are involved with Korean production companies.

Compared to the progress of Korean horror, as evident in such lists, there are zero films from Japan and Hong Kong, countries that have been known for horror. Regarding Japan, the animation film Demon Slayer: Kimetsu no Yaiba the Movie: Mugen Train was the biggest domestic hit. If you include animation films, the momentum of J-horror isn’t slowing down but is speeding up. The anime series Jujutsu Kaisen, now on TV, and Chainsaw Man, the soon-to-be adapted anime, are on the verge of becoming hits. But with live-action films, the power dynamics between Asian countries are changing thanks to the advancement of Korean horror cinema.

Let us now turn our attention to the seven Korean horror films from The 15 Best Horror Movies of 2020:

Despite the pandemic, various Korean horror films have been released in Japanese theaters recently; this is a testament to its popularity. The depth of religion is integral to these Korean horror films. The Closet by Kim Kwang-bin is about a father (Ha Jung-woo) looking for his daughter who goes missing in their new home. The film opens with a shocking scene involving a Mudang, a Korean shaman. A mysterious man approaches the father, and he too has a close connection to the Mudang. Shamans play a massive role in many Korean films. Io Island (1977) by Kim Ki-young, The Hut (1981) by Lee Doo-Yong, and The Wailing (2016) by Na Hong-jin would’ve lacked its flavor without shamans.

Metamorphosis by Kim Hong-seon is about a priest, traumatized from an exorcism failure, and a family who gets possessed by an evil spirit. In countries where Christianity and churches aren’t widespread, exorcist films lack realism. However, exorcisms have a history in Korea, much like the Philippines. They have many films on the topic, such as The Priests (2015) and The Divine Fury (2019). In fact, in Metamorphosis, the priest asks Filipino priests to help him with the exorcisms.

The term “compressed modernity,” coined by sociologist Chang Kyung-Sup, might help us understand how Mudangs and exorcists co-exist in Korea. As the term suggests, Korea underwent rapid economic development and social modernization in a short time. Meanwhile, some traditional “vernacular cultures” like shamans, cut off from such modernization, remain to this day. This compressed modernity has brought both prosperity and distortion to Korea, and tales of horror lie in the corners of this distorted darkness. Aside from Korea, Asian countries that have experienced dictatorships and compressed modernity, such as Indonesia under the Suharto administration, the Philippines under the Marcos administration, and Thailand under military dictatorship, have produced numerous horror films. In such places, horror films are in full bloom.

How did Korean horror films come this far? I’d like to think about this as I go through some films from The 15 Best Horror Movies of 2020. The Call, which came in sixth place, is an ambitious psychological thriller about a mysterious phone that connects the past and present. The film is filled with twists and turns because of the time travel paradox.

Peninsula, in eighth place, and #Alive, in ninth place, are both zombie movies. It’s not a stretch to say that zombie movies feel the most relevant right now because they target the anxiety and fear of becoming infected. Sidenote: this isn’t a film, but the Japanese zombie TV series, Love You as the World Ends, made by Nippon Television Network and Hulu, is now showing.

Train to Busan (2016), the previous film Peninsula, changed the game regarding Asian zombie movies. Train to Busan is innovative because it’s a combination of a zombie pandemic, disaster film, and family drama. Korean horror films are skilled at adding new elements onto a blockbuster format and compressing it in a manner that’s enjoyable to the viewer. Perhaps it’s apt to call these films “compressed horror” because you can enjoy not just two but three films in one.

However, there are two issues with compressed horror. First, because there are so many components in one film, it can crumble apart. Second, the budget might be more exorbitant than other types of films because of the need to cover the plot holes so that the film doesn’t come undone. The Korean film industry doesn’t have a big domestic market like China, so to secure enough funds, they found a solution: to enter markets abroad. For example, Peninsula was sold to 190 countries. One reason The Call and #Alive are on Netflix might be to reach a global audience. The TV pandemic series, Sweet Home, adapted from a manga on Naver webtoon, is now streaming.

Also, 22 million international Netflix subscribers watched Sweet Home during four weeks since it started streaming. Compared to Korea, Japan is behind in terms of entering the global market. If the respective film companies behind Demon Slayer: Kimetsu no Yaiba the Movie: Mugen Train, Jujutsu Kaisen, and Chainsaw Man decide to adapt them to live-action films, perhaps it might be realistic for them to work with Netflix.

Further, while working on distributing Korean films abroad, companies such as CJ ENM also work with Southeastern Asian companies. By doing so, they could spread their brand of compressed horror. Impetigore, fourth place on The 15 Best Horror Movies of 2020, is the result of a Korean company and an Indonesian company joining forces.

Although I’d love to break down the film while introducing Indonesian horror films, this article will be far too lengthy. Next, I’d like to write about Impetigore or the film that came in first place of The 15 Best Horror Movies of 2020, The Queen of Black Magic. This film is directed by Kimo Stamboel, one half of the Mo Brothers, who directed films such as Macabre (2009) and Killers (2014). Alternatively, I might write about the sequel to May the Devil Take You (2018), May the Devil Take You Too (2020), which came in second place of the list above, and is directed by the other half of the Mo Brothers, Timo Tjahjanto. When one of these films is released or streaming in Japan, I’d like to go through another horror film paradise, Indonesia.

A Film Trip Around Asia in the Internet Age Column Series 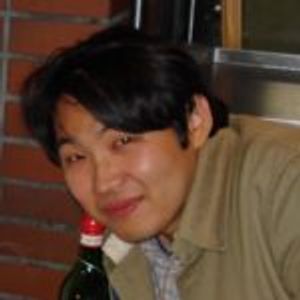