With the ongoing situation caused by the coronavirus pandemic, many artists in today’s music industry are unable to work as they’d hoped. In a world where in-person activities such as live shows or autograph sessions are difficult, musicians need to have the ability to self-produce, especially through social media. Nowadays, it’s no longer possible for artists to sell records solely because they’re major or signed to a label.

Under these circumstances, the singer acane is gaining attention and support, with over 45 million views on YouTube. She stills works as an independent artist who isn’t signed to any company or label. But while many artists struggle despite being signed to major labels, acane is in the limelight, mainly through social media. So, what is she doing differently? She talks to TOKION about her unique self-producing style.

“I really appreciate how as an indie artist, I’m able to create close connections with fans.”

――What kind of music-related work do you do in the first place?

acane: Up until the state of emergency was declared, I was mainly performing on the street. Every weekend, I was playing for about five hours a day. I’d already started YouTube from around then, but when I first started, I was just uploading videos taken of live performances. After the coronavirus, I couldn’t perform on the street or at venues, so I started focusing on putting myself out there on social media platforms like YouTube or Instagram Live, and I’ve started TikTok too.

――What exactly do you do on social media?

acane: I’m mainly on Instagram Live and YouTube. Especially these days, I go on Instagram Live every morning and night. When I can’t perform in person, I feel a sense of distance from my fans. So I collaborate with fans on Instagram Live or talk about how I’m responding to fan letters and such. I want to deepen my connection with each fan, even if I can’t meet up in person. I really appreciate how as an indie artist, I’m able to create close connections with fans.

――Have you created any rules about posting on Instagram?

acane: I try to be consistent about posting Instagram stories each day. I upload a new post to my feed once a day, and I make sure one out of every three posts is a video. That way, the thumbnails look more consistent, and it ensures that people can listen to songs right away when they look at my account.

――How about on YouTube and other social media platforms?

acane: I update my YouTube channel four times a week. Mondays and Fridays are song videos, and Wednesdays and Sundays are planned videos. Also recently, TikTok has been important to me. The difference between posting on TikTok or not posting is about 100 followers. These days, YouTube, Instagram, and TikTok are all connected, and supposedly, the number of people who access Instagram or YouTube from TikTok is the highest in Japan. So since I started TikTok, I’ve been gaining more followers.

acane: In my case, it all started because of a YouTube video of one of my street performances that went viral. It was a video taken by the Youtuber 4K, of me and 3 other singers singing “Hyakumankai No I Love You” on the street in Shinjuku, and it got about 8 million views. Thanks to this video, my YouTube channel subscribers and Instagram followers suddenly went up. Also, my fans even created the hashtag #acaneを有名に [#Makeacanefamous]. After that, when someone would upload a video of one of my street performances on YouTube, it’d get about 100,000 views, so I asked people to link my YouTube channel and Instagram account in the description when they uploaded videos. And from there, my Instagram followers started increasing by about 2,000 people per day. It’s something I couldn’t have done on my own, and I think I was able to do it especially because I kept up with street performances. Thanks to those performance videos, I’m able to make a living out of music alone.

Acane wants to do what she can for her fans without letting the coronavirus control her.

――So, did your videos going viral lead to your decision to stay independent?

acane: Truthfully, I had about 20 different companies reach out to me after the video I mentioned earlier went viral. So last spring, my manager and I were about to join one of those companies when the state of emergency was announced. That gave me the time to calmly think about whether I should sign to an agency. I’d wanted to be signed so I could play shows at large venues. As an independent artist, a 400-500 person live house is about as big as I can go. But if coronavirus kept me from playing shows like I’d wanted to, I wondered if it was even necessary to join an agency. To be honest, by that time, my manager and I were already doing well enough for me to live off music alone. Gradually, I was able to do more of what I wanted with just us two, so I thought that I’d be limited in some respects if I signed to an agency. And with the timing of the coronavirus, I couldn’t really play live, so even if I had a major label debut, I thought it’d be quickly forgotten about. So I chose the option of working with just the two of us while staying active on social media.

――Are there any difficulties you face as an independent artist?

acane: Last year, I released my cover album through Village Vanguard, and that was when I realized the power of distribution. Until then, I’d made my music and merchandise available online. But when it was sold at Village Vanguard, it sold amazingly well in the early stages, and the overall sales, including the merchandise, blew my online sales out of the water. Shopping online seems easy, but it can be difficult. For example, I once received a letter from someone who said they would transfer money to me if I could put a CD in an envelope and send it back to them.

――Do you think you’ll keep working as an independent artist post-coronavirus?

acane: At the moment, I don’t have a desire for a major label debut. One of my goals is to get on TV, but if someone willing to cast me as a freelancer came along, I don’t think it’d be necessary to belong to an agency. Of course, it’s not that I don’t want to be in an agency, so I’d think about it if I got a good offer.

――What do you keep in mind while working as an independent artist?

acane: First, a deep appreciation for all the fans who cheer me on. My fans aren’t limited by gender or age. Some are young children, and others are grandmas and grandpas. One memory that sticks out is when a grandpa told me that when he heard my original song, “Kimi Ga Keshou O Suru Mae Ni,” [君が化粧をする前に] it reminded him of an old love and brought tears to his eyes. I want to appreciate these kind, loving fans even more.

――Support from fans is really a great help.

acane: Of course, being active on social media is important in today’s world, but I think there’s more to it than that. For better or for worse, there are people on my Instagram or TikTok who don’t know my name but sort of like my face or my clothes, and others who don’t know me at all. Some people are content with just watching videos and don’t need to see a live performance. That’s why I recently made a fan club where I do meet and greets or release limited edition apparel, and create an environment where I can really communicate with fans. By doing that, I hope I can get closer to fans and have them get to know me better.

――We’re still feeling the effects of the coronavirus——but what kind of work do you want to do this year?

acane: In 2020, I was always thinking about stuff I wasn’t sure if I could even do, like things I’d like to do if there were no coronavirus or once it settled down. But from now on, I want to do what I can without letting the effects of the coronavirus control me. If I don’t do that, my emotions will be all over the place. I don’t want to do anything that disappoints my fans. First, I’d like to release a lot of original songs, and I want to shoot and release more music videos. I’d also like to create a better environment for myself, like building a studio that’s easier to shoot YouTube videos and make music in. Also, I want to play live for people all over the country, but there’s no guarantee that I’ll be able to do that yet, so I want to use this time as a preparation period for the future. I want to make myself steadfast, so I don’t let corona get the best of me. There were all kinds of things I couldn’t do last year, but I’m not the only one, and from now on, I’m going to think of life with the coronavirus as my everyday life and keep working.

acane
acane is a solo singer born in Fukuoka who caught people’s attention with street performance videos on YouTube. Currently, she mainly works in Tokyo, and actively seeks to enrich people’s lives daily through singing. In the past, her original song, “Ore No Takaramono” was used in a commercial, and in 2018, she won the Grand Prix on the TV program “NHK Nodo Jiman.” In addition to singing, she also works as a model and MC for events. In October of 2020, she released her first mini-album of covers.
Instagram：@acane0129
Twitter：@acane0129
YouTube：acane channel
TikTok：@acane0129 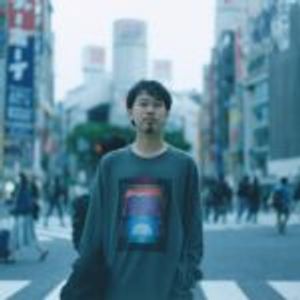