Mie Iwatsuki has attracted attention from around the world as an artist’s muse for a variety of well-known artists, including New York master painter Alex Katz and renowned late American photographer Robert Frank. We asked her to talk about being a muse, a concept still unfamiliar in Japan. She also gives her thoughts on beauty and other concepts within today’s increasingly diverse world.

For artists, muses exist as a source of inspiration. When it comes to the women referred to as muses, people have mainly focused on the superficial things, such as the muse’s external beauty and relationship to the artist. However, Mie Iwatsuki is a unique muse. She speaks the common language that is art, builds equal relationships with artists, and is a strong communicator. According to her, the driving force behind her work is her strong desire to contribute to art.

The importance of communication born from art

――Compared to New York, where you’re based, I feel like Japan has a much more passive attitude towards enjoying art. What are your thoughts on that?

Mie Iwatsuki: I feel like in Japan, there’s an impression that art is out of reach. For example, if you take a word like “curator,” it directly translates to “gakugeiin,” [Note: This word is comprised of the Japanese characters for ‘study,’ ‘art,’ and ‘member’] which sounds pretentious. Overseas, I feel like the word “curator” is more light-hearted. I’ve always wished that we could do away with these kinds of stereotypes and that fine art would become more popular among the public.

――Could you tell us about the allure of art?

Mie: Art is a form of expression that allows us to communicate—in a timely fashion—how people are confronting social issues and what their current plans are. This is true not only for politics but also for gender and diversity. It’s also a way for people to communicate with one another without words. It serves as a medium. So, in New York, the artist’s statement is everything.

――Maybe in Japan, art still has a strong business aspect to it.

Mie: New York’s art market has the investment aspect to it too, of course. But that doesn’t mean that art is only for some people. Many people are interested in it. There are a lot of NPOs here, as well as frequent art events. Casually setting up places where people can interact with artists allows people who want to learn about art, techniques, ways of thinking, and themes to participate. That gives way to all kinds of communication.

――How did you become interested in art in the first place? Also, I’d like to know why you moved to the US.

Mie: I’ve just liked art and drawing since I was a kid. I originally came to the US to become an artist, but I was faced with a harsh reality. But as someone who loves art this much, I figured that even if I couldn’t be an artist, I could still live my life in the art world. So, I changed course. After college, I worked in environments where art was in reach, like auction houses and galleries, while loving art and knowing a lot about it. So naturally, I made more artist friends. I started working as a curator with the thought that I wanted to help my friends and other talented artists.

The artist’s muse brings a deeper perspective to art

――Did you meet Alex Katz, who inspired you to become an artist’s muse, in that kind of art setting?

Mie: Yeah, I did. The art gallery where I was working at the time held a talk with Alex Katz. I’d majored in oil painting, so I was very aware of his greatness. In a world where it’s no exaggeration to say that all brush techniques have been exhausted, he’s still creating new techniques. And as people shift to technology, it’s a very challenging and wonderful thing that he continues to endeavor in the world of two-dimensional work. I thought it’d be my chance to tell him how much I admire him, so I approached him after the event. When I did, his face completely changed. He looked at me very seriously and told me, “I want to paint you.” From there, I started modeling for him, and he painted about 10 portraits of me. Before I knew it, those paintings were being displayed in museums…I still can’t believe it happened.

――Why do you think that you ended up modeling for him many times rather than just once?

Mie: I think it’s because I really love art, and I think he understood that. When I collaborate with artists, we get really excited talking to each other about all kinds of things related to art. Alex likes fashion too, so we talked about that as well. I also just remembered—he said that when he needs a model, he doesn’t just choose people based on photographs. Apparently, he doesn’t get inspired unless he has a connection with the person.

――That’s interesting. I’d love to hear some stories about other artists as well.

Mie: When I was going to work with the photographer Robert Frank, I was studying him and his photography beforehand. That’s when I found a description that compared his work to the concepts of the French philosopher Alexis de Tocqueville. When I asked him about it, he told me that it was completely irrelevant. When I asked him more about it, he said, “That’s just how people saw it. But that kind of assessment is still an important thing.” I was really moved by what he said. He takes pictures because he’s interested in his environment, but the present is always changing. I felt that that in itself was a big statement.

――So, it’s a mutually inspiring relationship. Could you talk about what an artist’s muse is?

Mie: Artist’s muses are like the shamans of the art world. In the past, I’ve seen many incredible works with my own two eyes. I thought: Perhaps the model, as the subject of the work, is its number one witness. So, I felt it was very strange that there’s no way to know what the model thinks. How did they meet the artist, and what kind of conversation did they have leading up to the work? What color lipstick and what kind of clothing did they have on at the time? What did the canvas smell like? What kind of music or sounds did they hear? If we can find out what happened behind the scenes, then viewers can get something deeper from the work. So, I thought that as someone who is both knowledgeable about art and can model, I was the only person who could do that.

――I saw that the catalog of “Mie: A Portrait by 35 Artists,” which you collaborated on with 35 contemporary artists, featured a story that you had written along with the portraits.

Mie: This is an ongoing thing I’m doing as my life’s work, but whenever I collaborate with an artist, I always record what happened and what I felt in the process of creating the art in the form of a story. I’ve already shared some of it, but compiling everything I’ve written into a book and publishing it in Japan is my dream.

――In recent years, there’s been growing concern over how models are treated as expendable. As a model yourself, what do you think of this?

Mie: I’m sometimes the product when I model. I don’t think that’s a bad thing. But I was taught that seeing yourself as a brand is very important, so I try to fully understand and agree with the project before accepting it. But as someone who has seen a lot of great art, there are things I understand when I’m on set. Many photographers also have this perspective, so when we shoot, it’s not exactly like we’re moving in perfect harmony—but it almost always goes smoothly. It’s not about how beautiful I look in the photos, but the feeling. I understand that if we get a good picture, that’s all that matters. There are times when photographers leave the photo selection up to me because they trust me.

――It sounds like one of your strengths is that you’re able to instantly communicate with people on a deeper level. I think the process of creating art based on mutual respect is how things should be, and it’s the most ideal. What else do you think it is about you that appeals to artists?

Mie: This is something I’m not that conscious of, but I’ve been told that the look in my eyes leaves an impression. I’ve been told that when I make eye contact and talk to someone, they feel like they’re going to be sucked in. Also, maybe it’s the fact that my face changes a lot with makeup. Here, there’s a big demand for Asian beauty. Although recently, I think that trend has played a considerable part in [anti-Asian] hate.

――The standards of beauty are different in Japan versus the West, aren’t they?

Mie: That’s true. Here, diversity is essentially welcomed, so there’s a lot of diversity in terms of appearance and sexuality. The market is well-established, too. I’ve heard that recently, women in Japan are becoming more independent and stronger than in the past…what’s it actually like?

――Although people are shifting their attention to new values, I feel that there’s still a deep-rooted consciousness of beauty standards.

Mie: I lived in Japan until I was in my teens, so I have firsthand experience with the tendency for everyone to head down the same path. It’s a system that makes it difficult to develop individuality, and not just when it comes to beauty. But depending on a person’s way of thinking, the system could also be connected to individuality. Living in New York, I’ve felt the admiration that Westerners have for Japan on many occasions. Not just the traditional culture, but also the Japanese trait of shyness is apparently mysterious to them.

――Instead of focusing only on changing, we should start with knowing, right?

Mie: It’d be nice if there were more media and such for people to get more information. In Japan, I think TV is a major source of information, but it currently only broadcasts biased shows. I’ve learned and realized many things from art, such as history and philosophy, so I hope that that incredible aspect of art will spread more widely in Japan. I want to keep doing what I can to make that happen.

Mie Iwatsuki
Mie Iwatsuki is an artist muse, model, and curator based in New York. She built her career at Christie’s, an established auction house, and an art gallery in SOHO. She also does a wide range of art-related work, including curation and translation. From 2005 to 2010, she was a model for the iconic New York artist Alex Katz, starting her career as an artist’s muse and quickly becoming a rising figure in the art world. In her 2012 exhibition, “Mie: A Portrait by 35 Artists,” she collaborated with 35 contemporary artists. A portion of the proceeds from the exhibition was donated to the Japan Earthquake Relief Fund.
Instagram：＠mieiwatsuki 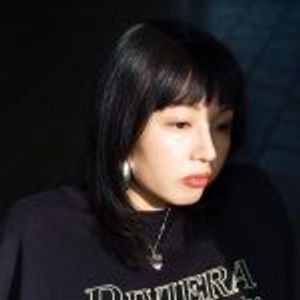 Born in Tokyo. After working as an assistant editor at Lush Japan, she went freelancer and launched the free paper "Hanazaron" in 2013. Currently working as an editor and writer for fashion magazines, web media, and advertisements. twitter：@asatakeuchi Instagram： @a_s_a_
See Asa Takeuchi’s other articles