Culture can be born out of a specific time and place, and yet, it possesses the ability to become timeless. In this series, “時音” TOKION invites people who are shaping culture today, to talk about the past, present, and future.

This time, we invited the designer of AMBUSH® Yoon, who has collaborated with global companies like Nike and Moët & Chandon and designs jewelry for Dior Homme. Until two years ago, she hopped from city to city—both inside and outside of the country—to work on various projects. Today, she’s based in Shibuya and is constantly planning two years into the future. Over the past few years, self-taught fashion designers have been breaking many stereotypes. Amid that, Yoon conveys her message and vision of the future from a sociological perspective with confidence. Why does her message resonate with people all over the world?

The answer became clear as we proceeded with the interview: she’s constantly trying to face, think for, and update herself. Beyond her insights—which are honed every day—on fashion, the city, people, and society lies her imagination of a realistic future. While looking back on how Tokyo’s face and communities have changed in eight years since she moved here from America, Yoon expands on how the ability to think will be necessary in the future.

——I’ve seen you take over the global stage more in recent years. I feel like many people relate to AMBUSH® as a brand and your kind yet strong message. This might be a strange question; do you ever get worried or troubled?

Yoon: I do. I’m a human being, so of course (laughs). In my occupation, I have to continue to produce things, so I sometimes feel distressed when I can’t effortlessly come up with an idea. But now that 13 years have passed since we founded the brand, whenever I’m in such [a situation], I stop thinking for a moment and put myself in a different perspective or environment. By doing so, I become liberated from pressure, and I naturally get one idea after another. Before, I would sit at my desk while feeling frustrated at myself for not coming up with ideas.

——While it’s difficult to go abroad during the pandemic, how do you bring yourself to that relaxed state of mind?

Yoon: I bought a bicycle recently; that was huge for me. I started to explore paths in Shibuya with it and detach myself from my work brain for a second. Until this point, I used to walk the same route from my house to the office. But since I feel a bit more used to this pandemic, I considered finding new sceneries and places in Tokyo. It’s fun to act on my intuition to do things I like, and feeling surprised when I come across coffee shops and delicious restaurants.

——Not only do you cherish your leisure time, but you also value your time for learning. I heard you took online business classes during the pandemic. Are you studying anything right now?

Yoon: I started learning about cameras. The incentive for this was similar to [why I started riding] a bicycle. When I took a good, hard look at my routine, I saw that there’s a part of me that gets easily bored with one thing. This is because I work in [an industry] where the fashion cycle changes every six months, but I disliked how I had that sort of sensibility towards everyday things. Just then, like my bicycle, I became able to look at things from a different angle from my previous perspective through my camera. Also, I genuinely like devices. I’m the type of person who becomes a nerd once I get into something (laughs).

——You look at what you felt was the same scenery or environment in various ways now—from 360 degrees.

Yoon: The brain and sense of sight are the same as muscles, so it’s key to train them. Once I started using cameras, I understood that human memory is no match for the documentation made by machines.

The necessity of critical thinking in the next era, where individuality will become more prominent

——Do you remember what it felt like moving from America to Tokyo in 2013?

Yoon: Back then, one-half of me honestly didn’t understand things because of the language barrier. The other half of me was curious and inspired by numerous things. There’s a gray zone between high fashion and culture in Japanese fashion. In America, as you can tell from looking at fashion magazines, only the high fashion world exists. Of course, some styles were born from culture. But because they’re rooted in certain places, they exist as something normal. However, in Japan, people create unique, mutant-ish looks by using a surplus of imagination against imported cultures. I sensed an original, otaku-like romance from magazines like Relax and Boon and Kitakore Building, a shop. I think this is why people who come to Japan from abroad get inspired to recreate something.

——For people overseas, it’s fresh to see people creating a new creature after getting inspired by something unique. Where did such people get together?

Yoon: Le Baron de Paris, which [used to be] a club lounge in Minami Aoyama. That place was so significant because different people across generations, regardless of whether it was the weekend or a weekday, interacted equally. I would have fun and befriend people there, which would lead to work before I knew it. The same goes for Trump Room, which opened later. That was an imperative part of club culture.

——This is in part because we live in a post-pandemic world, but I feel like it’s harder to meet people by chance like that. You have the potential to meet people organically on Instagram, but it’s different because you meet people through a filter first.

Yoon: This isn’t about which is better, but many fantastic things happened in the club scene before Instagram became popular. This goes to the way people presented themselves too. Today, you can take a selfie and post it, whether you’re in your room or at the club, but back then, it was an era where you got your picture taken. So, when you went clubbing, it was about how much you could stand out.

——I feel like the categorizations of communities that are attached to particular places are disappearing. We’re even more fragmented now; you can express your individuality in all sorts of places.

Yoon: Right. I believe we’ll be more individualistic in the future. In terms of currency, what was once under centralized authoritarian rule is now out of that control—each person can make their own [currency]. Because we live in an era where each person has power, I think each individual has to be stronger and gain the ability to think.

——We’re in an era where we engage in real-life and the virtual world, which is why we need to develop the ability to think even more.

Yoon: In the not-so-far future, I think the line between reality and virtuality will be blurred, like the realm of The Matrix. We need to be very aware that algorithms program the world we see on social media. Ultimately, we need to discern if what we see on our screens is right or wrong and act [accordingly]. Of course, new cultures and movements are being born thanks to the advancement of technology and the internet, so I want to continue seeing the pros of real-life and virtual life. It’s unbelievable how humanity is on the verge of losing the ability to think, as though we’re zombies brainwashed by programming.

——As you mentioned before, the brain is like a muscle, so what you said right now is something people can adopt as their everyday awareness. I presume childhood education could change the way people think as well.

Yoon: I feel like there will be a divide between those who oppose and support the attitude of “think however way you please, even if it’s different from others.” I also feel like Japanese education creates an environment where people can’t say their opinions because a part of them fears rejection. It’s a shame because there’s so much history and passion in the culture. In Japan, the average age is 49 years old as of now, and in 2025, it’ll be 50 years old. It’s difficult for a big system to change drastically more than now. I want those who carry the future on their shoulders to not care about what others think and live their life according to their distinct policy. I want them to put their phone down once, read a book, and study spontaneously to gain the ability to make their minds up for themselves.

Conveying a message strongly, to not drown in other noises

——What do you think will be the essential element of AMBUSH®?

Yoon: Of course, establishing it as a business is a prerequisite, but it would be to transmit our message and the strong visuals we want to portray. From around 2015, the influence of high fashion brands and fast fashion has become big. For brands in the middle, like AMBUSH®, the demands have become narrower. We need to convey our message even stronger by doing more, so we don’t drown in different everyday noises aside from fashion.

——Varied approaches towards the system of fashion have been springing up as of recently.

Yoon: It depends on the brand’s scale and location. In AMBUSH®’s case, even before the pandemic, we’ve always had a plan two years ahead, on a global scale. I can’t go to fashion week physically, but I’m glad I was already used to the cycle of buyers, which operates on a global level, before the pandemic. Also, it depends on the brand’s concept—this isn’t about which is correct—so whether one has an online shop has an enormous influence.

——What do you think the future will look like?

Yoon: First, whenever I think about reality, I’m conscious of how the world I see and the world I live in are separate. Depending on how wide your horizons are, whether you see everything or only one part of it will change. But we also have to feel the reality that we live on this tiny earth in the [vast] universe. I feel so moved by how every one of us means something, even on a small planet. There’s a possibility we could go to the moon because of food or natural disasters in the future, like what Jeff Bezos and Elon Musk are attempting. I don’t know how realistic that is yet, but I don’t want to forget how important it is to convey creative messages in the jungle we call earth.

Yoon
Born in Korea and raised in America. In 2008, she founded AMBUSH® with VERBAL, who has been her partner since university. She was selected as one finalist for the LVMH prize in 2017. Yoon was appointed as the jewelry director of Dior Homme from the spring/summer season of 2019. 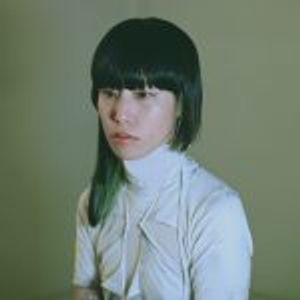 Yoshiko Kurata was born in 1991. She reports on fashion designers, photographer, artists, and a wide range of topics, both domestic and global. She has written for Fashionsnap.com, HOMMEgirls, i-D Japan, Quotation, STUDIO VOICE, SSENSE, VOGUE JAPAN, and more. In March of 2019, she co-translated and edited the book, “Insert Complicated Title Here” (Adachi Press). She is also a curator for CALM & PUNK GALLERY. Twitter：@_yoshiko36 Instagram：@yoshiko_kurata https://yoshiko03.tumblr.com
See Yoshiko Kurata’s other articles