Being made in Japan functions as one of the important criteria for consumers to select products, just as the beauty in design, functionality, trendiness and standardness does. In this series, we focus on and introduce a variety of “Made in Japan” products and creations in line with two key words from TOKION’s statement: “cutting edge” and “social-fullness”. This time, we spoke to Mariko Maeda, a food artist who is working under the theme of natural and healthy, to reconsider the charm of Japanese food culture and let her introduce her own Japanese food items and restaurants.

–Please tell us about the process from “Khanompang” to the launch of “Buddha Bowl”.

Mariko Maeda (hereinafter Maeda): My career has always been close to the world of cooking. Even before launching Khanompang, I had worked in an Italian restaurant and had made and sold cakes and cookies. My engagement with bread was triggered suddenly by some book. The book was about people from various parts of Japan who were making bread in ways that suit their own forms of lives. They were making yeast from the surplus vegetable peels and rice, and their relaxed styles fitted well with my desire for shifting my life to the countryside. So I moved to Hayama to start making bread. It had been 13 years since I started “Khanompang” without even realizing it. Those years went by surprisingly fast. The state of yeast changes every day, and I was looking inside the oven while breads were being baked every single day without fail. I was struggling every day. Ten years later, I had an anniversary party and I baked the best bread ever for that occasion. That event made me think that I want to try something new and decide to come back to Tokyo.

Even though I was like an empty shell for a while, I got fired with enthusiasm for creative food again while working part-time at the restaurant “Musmus”. I became familiar with vegan foods when I lived in Hayama to the extent that I visited my favorite Thai vegan restaurant at least once every six months, no matter how busy I was. Drawing on the knowledge about vegan foods, I started vegan plate at the place I was renting. At that time, I happened to learn about the Buddha Bowl on Facebook, and add a little modification to the plate I originally made to create a Buddha bowl with colorful vegetables, grains, and fruits on one plate. I wasn’t vegan myself, but I simply liked vegetables. It was also fun to think about new things. I also like the term Buddha Bowl because I think it has a strong power within itself. I was quite sure that I would be able to be the pioneer of the Buddha Bowl in Japan! Then I published “Book of Buddha Bowl”. After publishing the book, the words vegan, plant-based, and buddha bowl became quite popular, which made me feel that I had been able to set a trend.

Enjoying the taste of Japan through traditional dishes and seasonal ingredients

–What do you think is the appeal of Japanese food culture after going through various milestones in your cooking life?

Maeda: For example, it’s quite sad to see a gradual loss of traditional dishes or Japanese unique food habits, like the osechi dishes. And I don’t want them to be lost. I cook osechi dishes every year. After all, Japanese ingredients agree best with bodies of Japanese people. When I was working in Khanompang or making Buddha bowls, I always thought about what I would serve based on what vegetables and other ingredients I had at the store on that day. Those moments were the time where I felt an adrenaline rush. Even at such times, I often used Japanese ingredients. Although I was not conscious of it, it may have been a natural criterion embedded in me, just because it’s my root. I started my life in Hayama because I wanted to make something that fits Japanese life with my own hands, and it was around that time that I started to make miso and pickled umeboshi. These are just ordinary things in everyday life rather than something special. I prepared a meal by grilling fishes, cooking brown rice, making miso soup with my own miso, and taking out nuka-zuke, salted rice bran pickles, from nuka-doko, the rice bran paste bed. After all I like that kind of dishes. I even prepared salted dried fishes and Ganmodoki, deep-fried tofu mixed with thinly sliced vegetables, by myself when I had a time. It was as delicious as a dream. With Japanese ingredients, you can celebrate with seasonal ingredients at the turn of the season, or you can even feel that your body is filled with pleasure when you eat. I think Japanese food is full of such charms.

–Please tell us the reason why you mentioned koji (rice malt), Nuka(bran), and Ume (plum) as recommended ingredients.

Maeda: From Thai restaurant and “Khanompan” to “Marideli” and “Musmus,” I had been busy working, striving to serve delicious foods. So I wasn’t really be able to care about what I eat. Now, I feel that I am finally able to pay enough attention to myself and live carefully to the full extent in my life. Enjoying the process of fermentation and having miso soup using miso made by myself, rice bran pickles, and pickled plums on the daily table are the most delightful for me now.

–These three ingredients are indispensable for Japanese food, but what do you feel about the fun of making them by hand?

Maeda: I’m sure the malted natto (natto refers to fermented soybeans) has a very high potential to boost immunity because it is a combination of malt and bacillus natto. On top of that, once natto is malted, it can be stored for longer periods, which is the great thing about preserved foods unique to Japanese food culture. I make pickled plums every year, and this year I made plum syrup and crispy small picked plums. The plum work during the annoying rainy season is exciting. Since we can dry them outside when it’s sunny, I wait for a sunny day during the long spell of the rainy days. I’m looking forward to being with season’s transition every year. I like the feeling of wabi-sabi unique to Japanese culture. If my mind is not relaxed, the nuka-doko will soon be ruined. Through nuka-doko, you can feel that you are making something that enables you to feel the state of your mind and to notice small changes in yourself.

Crushing sesame seeds in a earthware mortar, sticking to a little extra effort

–Please tell us why you chose the earthware mortar as the recommended item.

Maeda: The rice cooker is from Taiwan, the clay pot does not seems Japanese, and the pots are all bought in Thailand and India, and the rest are the products of STAUB, so I wondered if I had any Japanese product… When I looked around the kitchen, I found this mortar. This was a present from my husband. I like the noise when I use it, and it’s exciting to feel the good smell gradually coming out. I think it’s a great tool unique to Japanese food culture.

–What kind of food do you use this mortar for?

–Why do you recommend “Musmus”?

Maeda: First of all, their dishes are really delicious. They use sun-dried rice, and when I was working, the guest could have free refill on rice for lunch. The taste of sun-dried rice is completely different from ordinary one. You can choose between brown rice and white rice, and you can also have side dishes. The name “Musmus” is derived from an act of steaming vegetables in a bamboo steamer. (In Japanese, the word “musxdr54rtyuiklu” refers to the verb “to steam”. )

–What kind of restaurant is it for you?

Maeda: This is the restaurant where I worked part-time for about a year after quitting “Khanompang”. I drew on the experiences in “Musmus” to study Japanese food. Since “Musmus” is the restaurant where only Japanese ingredients are used, they purchase Japanese organic ingredients from all over the country and they have a meticulous attention even to seasonings. So I was able to come across a basic form of really delicious Japanese cuisine. Because I worked at lunch time, the place was always crowded with office ladies and office workers working in Marunouchi. Besides, although they are serving mild Japanese food, there was a rigid hierarchy inside the kitchen. The foods are very detailed and carefully prepared. For example, in terms of hari-shoga which literally means the needle-like ginger, I was told to cut them thinner than a needle. However, I got a severe reprimand from colleague because the ones I cut were way too thick. It was such a great training for me where I could learned valuable things that I didn’t have: great technics, skills, recipes.

Mariko Maeda
She is a food artist who developed her cooking skills at various restaurants and opened the bakery “Khanompang” in Hayama, Kanagawa in 2000. She specializes in vegan cooking with plenty of vegetables, and is the leading figure who has populized the Buddha Bowl in Japan. 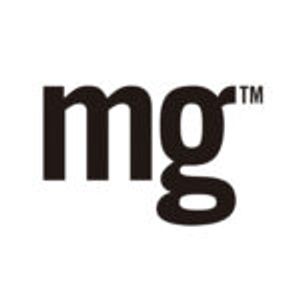 A creative company that "conveys what people around the world want to say" through creative direction of various media based on editorial skills and design thinking. mo-green Instagram
See mo-green’s other articles