How did Tokyo culture shine from the 80s to 90s? And why is it garnering attention once again beyond Japan?

Night Tempo, a Korean producer/DJ based in Japan and the U.S., and Maki Nomiya, the original godmother and queen of Shibuya-kei, explore such questions in this interview.

It’s only recently that they collaborated on music. Night Tempo’s first original album Ladies In The City, released last December, features Maki Nomiya on the song “Tokyo Rouge.” Night Tempo reworked PIZZICATO FIVE’s most famous song, which Maki Nomiya “self-covered,” resulting in the release of “The Night Is Still Young (feat. Night Tempo),” as the first installment of her “World Tour Mix” project commemorating the 40th anniversary of her debut.

In the first part of this interview, Nomiya talks about her career in Tokyo during the 80s and 90s, the setting of Ladies In The City, and Night Tempo discusses his impressions of the music scene at the time.

What outsider perspective do Night Tempo and PIZZICATO FIVE share?

–How did the concept for Ladies In The City come about?

Night Tempo: The thing I got most into once the pandemic hit was “trendy dramas.” That’s where I got inspiration. I researched the recent history of Japan when trendy dramas were popular and felt like dramas starring women weren’t that well-known compared to those starring men. I wanted to introduce the women of that era more; that’s how I landed on the concept.

–Nomiya-san, what kind of impression did Night Tempo-san have on you?

Maki Nomiya (Nomiya): Many DJs play kayokyoku in Japan, but his slightly different viewpoint interested me. When I saw how well his music was doing in the U.S., I felt it was similar to how PIZZICATO FIVE gained support abroad in the 90s.

–What do you mean by “similar to the way PIZZICATO FIVE gained supported abroad”?

Nomiya: Because Night Tempo was born in the 80s, I’m sure he has fresh ears for the Japanese music of that era. We, as PIZZICATO FIVE, had respect for foreign music from the 60s. We were influenced not only by music but also by fashion, films, art, and 60s culture as a whole. What we did was unearth hidden masterpieces from abroad, interpret them our way, reconstruct them, and then release them. I think it was received well overseas in part because we excavated 60s gems from different countries and reintroduced them from the outside, which made people realize how [amazing] they are. Similarly, Night Tempo’s introducing us to and making us aware of great Japanese music of the 80s and 90s from a different angle. That’s what I mean by us having a similarity.

–You two share a similar perspective even though you’re from different eras and countries.

Nomiya: Right. With that said, PIZZICATO FIVE possessed a lot of the essence of Tokyo back then. Tokyo was maybe the coolest city globally in the 90s, and I assume people’s admiration of Tokyo was part of why we gained support.

–Night Tempo-san, what makes PIZZICATO FIVE’s music appealing to you?

Night Tempo: Back when I was younger, I didn’t know much about Japanese music from the 90s, but there were a few Japanese artists that I listened to in Korea; one of them was PIZZICATO FIVE. I also often listened to other artists like Bonnie Pink and Hikaru Utada. I felt like it was cutting-edge and different from the popular songs in Korea at the time. That’s why I thought, “If I were to become a musician, I’d like to make this type of music.” Ultimately, I couldn’t do it because people I knew were against it, but it was my aspiration. Recently, as I started listening to a lot of music from the 90s to broaden my worldview, I’ve come to feel like the Japanese music scene from the 80s to the 90s was in ideal shape. Music scenes existed in Korea and Taiwan, but “stylish” music became a market only in Japan. I don’t think people in Japan realize the significance so much. But as someone from another Asian country, I’ve always admired it.

–You mentioned that you researched the Japanese music scene of the mid-80s to 90s. What aspects spoke to you?

Night Tempo: Japanese youth during the late 80s were so passionate. Their hearts were burning, and the style of music was loud. But once the 90s came around, it gradually became cool and stylish. I don’t get bored of it because the vibe changed; the flashy stylishness of the 80s turned into the cool stylishness of the 90s. I had a lot to learn. My favorite era is the 80s to the mid-90s. Also, many people say that the 90s were ruined because the economic bubble burst, but I don’t think that’s necessarily true. It must’ve been difficult for CEOs and affluent people. However, for young people, not much changed. It was a time when everyone could enjoy the culture.

–Nomiya-san, how about you? As someone who experienced Tokyo society and culture in the 80s and 90s, what was it like for you?

Nomiya: Sure, the economy was good in the 80s, but it didn’t have much to do with me. I made my debut in 1981, but I didn’t become popular at all, and I didn’t have any money, so I felt like I was the only one left behind. A little before that, I would go to the disco to eat because I had no money. Big discos in Shinjuku and other places had all-you-can-drink and all-you-can-eat services, and they had “ladies’ day,” where women could go in for free. That’s what those days were like. After that, I formed a band, Portable Rock, but that didn’t do well either. I did singing jobs like singing for game soundtracks, commercial songs, and backup vocals for other artists while also being in a band. It wasn’t exactly fun. I eventually joined PIZZICATO FIVE, but only as a chorus member at first.

–How was the mood and culture at the time?

Nomiya: Advertisements were very flashy in the 80s, back when the economy was prospering, and big companies invested their budget in advertising. There was money in the advertising industry. When I think about how I had a ceaseless stream of jobs where I sang for commercials, I guess I benefited from the bubble economy. In 1990, I officially joined PIZZICATO FIVE, and it was crucial to work together with commercials to make our songs a hit. Like PIZZICATO FIVE’s “Sweet Soul Revue,” it was an era when songs for makeup commercials became hits. Even though the economic bubble had burst in the 90s, the CD industry continued to thrive until 2000, so record companies still had abundant money to spend. We were able to get top-tier musicians to perform with us. We made CD covers for special releases and went abroad to shoot for CD covers. I was blessed to do so many different things.

–You said that Tokyo in the 90s was the coolest spot in the world. What was it like back then?

Nomiya: Up until the 80s, people admired foreign music, culture, and fashion, and Japan imported them with the power of the yen. But in the 90s, it was like this became reversed. Japan became an ultra-consumerist society where people could get food, clothes, and music from anywhere across the globe, and people began to mix them to create a unique culture. People took the good parts of global cultures through sampling, collaging, and so on. The so-called Shibuya-kei genre’s a tasteful construction of said good parts, made with respect and love. I thought what came out of Tokyo and Japan was the coolest in the world. We as PIZZICATO FIVE debuted on Matador Records in the U.S., released music abroad, and toured around the world, believing we were making the coolest music in the world. It felt like we were foreign celebrities. Social media didn’t exist back then, so we might’ve gotten an insufficient amount of feedback from Japanese people, but we were stars. Collections at Paris Fashion Week, foreign commercials, and film soundtracks used our music. Everywhere we went, both on our U.S. and European tours, tickets would sell out; there was excitement surrounding us.

When Keita Maruyama showed at Paris Fashion Week for the first time in 1997, I sang “The Night Is Still Young” on the runway. Fast forward to 25 years later; it was moving to perform “The Night Is Still Young (feat. Night Tempo)” at the Keita Maruyama fashion show last December. Even after 25 years, the PIZZICATO FIVE songs written by Yasuharu Konishi remain colorful, and I’m happy that Night Tempo from the next generation of artists rearranged one of the songs. As a singer, I believe my mission is to pass on the amazing songs [to the next generation], and I feel it came true.

Night Tempo: Did you have any other genre of music in mind had you not sung in PIZZICATO FIVE?

Nomiya: I initially wanted to be a kayokyoku singer. I grew up listening to kayokyoku songs since I was a child. Then I began listening to rock music from the west and playing in bands and debuted in 1981. I sang New Wave in the 80s and Shibuya-kei in the 90s. I’ve been singing solo since then. Rather than choosing to do these things on my own, I was responding to different encounters and the flow of time. I feel like I carry a lot of kayokyoku elements with me, fundamentally. Last year, I performed at a tribute live show for Kyohei Tsutsumi with stars from the past. That was one of the most recent events which made me happy to be a singer. That’s a connection I feel with Night Tempo.

–Night Tempo-san, you said that in the 90s, women’s works weren’t as widespread. Nomiya-san, did you face difficulties in your career as a woman?

Nomiya: Not at all. It might’ve been hard for women to live in society at large, but I’ve lived in the music industry for a long time. Men were in the overwhelming majority back then, but music is free. It doesn’t matter if you’re a man or a woman, from Japan or elsewhere, as I believe we could overcome all of these barriers. I’ve never felt like I struggled because I’m a woman.

Maki Nomiya
Maki Nomiya’s a musician born in 1960. She made her debut in 1981 with “Pink no Kokoro.” After forming Portable Rock in 1982, she joined Pizzicato Five in 1990. As the godmother and queen of Shibuya-kei, Nomiya instigated an international Shibuya-kei movement. Since then, she’s been working worldwide as a music and fashion icon. Nomiya’s currently active as a solo artist, as seen in her music project, Miss Maki Nomiya Sings Shibuya-kei Standards, in which she sings famous Shibuya-kei and Shibuya-kei adjacent songs. 2021 was her 40th anniversary as a singer, and she’s been working in a wide array of fields such as music, fashion, health and beauty production, and essay-writing.
http://missmakinomiya.com 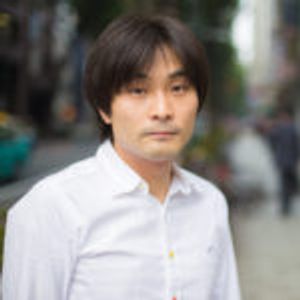