With the spread of video streaming services, watching movies is no longer a special occasion, and it’s easy to share impressions and search for recommendations. However, this can make it feel like we’re mindlessly consuming films. In this series, influential figures with a love for film recommend movies that personally resonate with them.

This time, TV personality Morley Robertson writes his second installment in his “Imagining the great transformation of an era” series. Working mainly in media, Robertson is a commentator, DJ, musician, and international journalist with a wide range of knowledge in fields ranging from politics/economics to subculture. In this column series, he introduces films worth watching, particularly in the current coronavirus pandemic.

The second film that made me sense a dynamic change in the air is Mad Max. Much like The Joker, Mad Max is a series, with the originaltrilogy being released during the late 70s to 80s.

Each film explores an existential problem as though it were a joke: “If a megaton-class nuclear war broke out, millions and millions of people would die. How in the world are people going to survive under such circumstances?” I feel like a situation straight out of a movie, like this one, is imminent. There’s even have a sense of excitement that shouldn’t be there like, “Yes, it’s almost here!” I feel this way because of the global spread of coronavirus. But it also stems from the state of the world, from the declining birth rates to refugee and migrant issues. Perhaps the equilibrium of different nations will crumble, and a comparable situation to the Barbarian Invasions will occur. I can’t help but feel like we’re just one step away from this scenario.

The first film, Mad Max (1979), came out during an era where people were still afraid of nuclear weapons. The third film, Mad Max Beyond Thunderdome (1985), delves into what would happen if a nuclear war broke out and everybody died. Watching that made me feel scared. At the time, Japan was still in its economic bubble phase, and everybody led a lavish, abundant lifestyle. People’s views towards transgender individuals were still very narrow-minded, and it was a time when people were like, “You can come into this restaurant, even if you’re dressed… ‘differently,’ as long as it’s subtle. So, keep trying.”

2015, 27 years since that era, was when the fourth film, Mad Max: Fury Road, was released. By then, the zeitgeist had turned into a more diverse one. Although it’s technically sci-fi, Mad Max had transformed into a film that pursues a certain kind of realism, and it centers on women a lot. The notion of who’s “normal” and “abnormal,” which existed during the Thunderdome days, had shifted with time. The worldbuilding of Fury Road is something millennials could recognize easily. It’s a testament to how people that were considered a minority entered the mainstream in recent years, and the film also points to how the definition of beauty expanded.

Further, because each character has their unique understanding of justice, I could even empathize with the villain, Immortan Joe. I’m amazed by the women in the film, as they have no human rights and only exist to give birth and yet are willing to die for their children. It’s incredible how Fury Road depicts everyone trying hard to survive; it erases the dichotomy of good and evil the moment the story starts. Once I realized it was a tale of survival and love, it was as though I had found a reason to live in this chaotic world.

One scene gave me an epiphany. It’s a scene where the War Boys (Immortan Joe’s servants and soldiers) cover their mouths with silver spray and exclaim that they’re shining as they head to their deaths. In an everyday scenario, this wouldn’t happen, of course. I think the creators of the film studied how people who don’t practice established religion carry out mystical rituals instead. There have been many instances where people with no connection to the outside world treated cargo items that airplanes dropped, such as coke bottles, as sacred objects. If these people contacted the outside world, such objects would lose their significance. But when a foreign matter is initially found on an island where everything is in place, that matter makes people pious.

Maybe the silver spray was something the War Boys found by accident, and they discovered they could feel immortal when their faces became shiny after they sprayed themselves with it. With this analysis, you could say that fragments of products sold at home improvement stores might start to look like magical objects if civilization ended. Therefore, the boredom we experience every day isn’t boredom, as it foreshadows this possibility that something beyond our imagination lies one step ahead of us. It’s a pessimistic outlook, but it could also provide the joy and excitement of being alive. At first glance, the War Boys being like, “Let’s go to where Immortan Joe is!” might make it seem like they’re being controlled by fear. However, their silver spray is the trigger that enables them to let go of everything; they’re experiencing an ecstasy that is superior to all else.

Being taught what true strength means

The story begins in a state of total obliteration. I believe there are two types of spectators regarding this film. One type feels invigorated by the prospect of what’s coming, while the other can’t wait for the film to end out of fear. The former is overwhelmingly resilient to our current zeitgeist. They’re filled with this animalistic energy that ensures they get rewarded if they decide to fight, even if they have little to protect themselves with. There’s a Japanese saying (案ずるより産むがやすし) which translates to something like “It’s easier to do something than to worry over it.” Just like The Joker, this film alludes to a message of letting everything go to get to the other side- “It’s easier to destroy something than to worry over it.”

In a world where the disparity between the rich and poor is growing because of natural disasters and the pandemic, I reckon people will ultimately want to go to their families to be protected by someone strong. The assurance that one’s family will always be there and a feeling of stability or this potent, intangible energy could serve as an emotional sanctuary. But at the same time, to survive our world, which is on the brink of collapsing, those who can let go of everything are strong. Mad Max taught me you can see a vastly different future if you carry your own sense of justice within you and march forward as you obliterate whatever’s in your path. 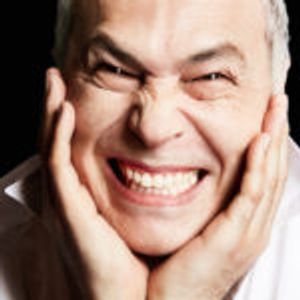