Tokyo, the center of Japanese culture, has gradually become a common theme for many creative productions. Progress and collapse, the concept of family, the feeling of alienation as an outsider, and love; Tokyo tells numerous stories, and perhaps that is why it moves us to rediscover our elapsed memories of the city, what we wanted to become.

For this series, Tokyo-based writer Shuden Girl covers different love stories set in the Japanese capital, including her impressions and personal experiences. In this first installment, Shuden Girl takes a close look at the movie Hanataba Mitai na Koi wo Shita (in Japanese, I Fell in Love Like a Flower Bouquet) starring Kasumi Arimura and Masaki Suda. Shuden Girl reflects on what future the two protagonists, crossing each others’ path, could’ve had together.

*This article contains spoilers about the film.

“There’s a god sitting there.”

Between the people who watched the movie Hanataba Mitai na Koi wo Shita, how many did actually understand they were referring to Mamoru Oshii?

The protagonists Mugi Yamane (Masaki Suda) and Kinu Hachiya (Kasumi Arimura) both miss the same last train at Meidaimae Station; together with another couple in their thirties who met the same fate and were standing in front of the ticket gate, decide to get in a cafe open late at night. Then, Mugi, looking at a table in the back, seems to notice something and whispers, “there’s a god sitting there.” The other three nonchalantly look in the same direction, and except for Kinu, they look oblivious to who the man is.
Mugi gives them a hint, “he likes dogs. Also, stand-up noodle shops.”

“Is he someone famous?”

“What? You guys don’t watch movies?”

“What kind of movies?”

This conversation made his cringe to the core.

After that, the group leaves the cafe and, before going home, Kinu tells Mugi, “that was Mamoru Oshii, right?” which is when I finally solved the mystery of who that person was.
It’s Mamoru Oshii himself, so if you know him, you’ll recognize him, but I didn’t even know his face, let alone know that he likes dogs and stand-up noodle shops.

If I were in Kinu’s position, it wouldn’t matter if the person in front of me is Masaki Suda’s; I think I’d still be cringing. Normally, if you meet new people and you don’t know if they would recognize Mamoru Oshii, you’d think, “Hey, that’s Mamoru Oshii! But do these people know who he is?”; instead, he suddenly says, “There’s a god,” and after that, he even gives incomprehensible hints, like he’s enjoying it.
What’s more, he asks them whether they watch movies or not, and he asks that it’s weird not to watch them; does he really think that? At this point, they imply that The Shawshank Redemption is a mainstream film, while in general, it’s not that strange to think of it as a movie for “fanatics.” Besides, Mugi’s lines hint at the fact that people who watch movies know Mamoru Oshii’s face and that he likes dogs and stand-up noodle shops, but only not a lot of people do, even if they’ve seen his films.
While watching the movie, I had so many of these comments in my head.

In reality, this behavior is often seen as asserting dominance, but I don’t think that is the case. To put it simply, he’s just a naive person who doesn’t understand the average level of people’s knowledge and hobbies, who’s not good at assessing whether the people in front of him share the same information; everyone has their own problems.

Speaking of Mugi, before he meets Kinu, there is a scene where he goes to karaoke with his university colleagues; they put on Sekai No Owari’s RPG, which was a popular song at the time, and have a blast, while Mugi doesn’t. This scene is written to indirectly show Mugi’s feeling of alienation towards these people, who’s music tastes are different from his, but from the fact that he comes from a normal family in Niigata, anyone can guess that he has lived in an average environment, so I wouldn’t think he is that naive. Perhaps his reaction comes from the unconscious assumption that the people in front of him share the same knowledge as him, and maybe, a bit of presumptuousness.
That said, the film doesn’t really show Mugi’s background and mentality, so I don’t intend to condemn him as one of those dominance-asserting assholes this easily.
I really don’t mean to do that but, in any case, but with this kind of behavior, people will try and keep a distance from you, you’ll make some enemies: no one will benefit, and you should stop yourself from acting like that as much as you can. That’s how I feel about it.

As the monologue says, “Mamoru Oshii was the starting point,” and from there, they realize how much they have in common: music, writers, comedians, their displeasures with society; they start hitting it off, and their bouquet-like love begins. However, I want to point out that Kinu has no lines in the cafe scene.
Although Kinu realized who Mamoru Oshii was, she didn’t say anything at the cafe and instead waited to be alone with Mugi to let him know she was a fan. Later in the movie, Kinu tells Mugi, “Preferences apart, it should be widely common sense to recognize Mamoru Oshii;” if she had said this in front of the two people who didn’t recognize the movie director, she would have left a bad impression of herself, but she only did when she was alone with Mugi, after realizing that they’re both fans; there’s no problem with that.
Perhaps Kinu, unlike Mugi, is at least the type of person who tries to understand whether the person they’re talking to share any knowledge or culture with herself and cares to not come out as dominance-asserting. The two protagonists are written as very similar characters, but there’s actually a big difference in this respect.

This sort of behavior can be seen in Mugi in other parts of the movie as well, especially in the scene when Kinu’s parents come to visit the apartment along the Tama River, 30-minutes walk from Chofu Station, where the two start living together.
Kinu’s father asks Mugi, “Don’t you listen to stuff like One Ok Rock?”, to which he replies, “Oh, I can listen to them.” Mugi is condescendingly implying that he doesn’t actively listen to the band but checks on them once in a while, and it’s not really painful to do that. I think it would be more decent to just honestly answer, “I don’t.” He’s doing this to the father of his girlfriend he is living with, which points out that he’s doing it unconsciously.

After that, Mugi becomes overwhelmed by his job, to the point of not being able to enjoy novels and films anymore, so the protagonists’ love starts withering. At the end of the movie, Mugi, who initially decided to break up with Kinu at a family restaurant, proposes to her on the spur of the moment.

“If we become a family now, you and me, I think we’d do well. We’ll have kids, and they’ll call us mommy and daddy. I can picture it already. The three or four of us will hold hand and walk along the Tama River. We’ll push a stroller together and go to Takashimaya. We’ll buy a minivan and go camping, even Disneyland.”

Their love, once shining, lost its light; it would be reasonable to cry if this part was written realistically, but I couldn’t let the uncomfortable feeling of hearing the nonchalantly-embedded “Disneyland” go.
Mugi starts reading self-development business books and starts playing Puzzle & Dragons in his spare time, completely transforming into a “normal” salaryman who is all about that “happiness of starting an ordinary family.” I understand that is a precious thing, but Disneyland is basically a symbol of the mainstream, which the two supposedly could not fit in. I’d understand if their children would want to go and the two of them would’ve to bring them, but at this point of the story, it’s pretty clear that Kinu isn’t the type of person who wants to go to Disneyland, so it seems wrong that Mugi would use it as an argument to persuade her.
Before then, they’ve never even talked about children in the first place, so Mugi’s point seems unilateral; he’s disregarding whatever Kinu’s wishes are.

Even though Mugi’s hobbies and values have significantly changed since he got a job, he talks to Kinu assuming that her tastes and thoughts are still the same as his, so his character may be consistent since the start, from when they saw Mamoru Oshii at the cafe, to the end at the family restaurant.
The two of them crossed paths and broke up, and it was probably due to multiple factors, including the working environment, and I don’t think it’s anyone’s fault. However, if Mugi had a little more thought and consideration for Kinu, there would’ve been some hope for their relationship to be different. 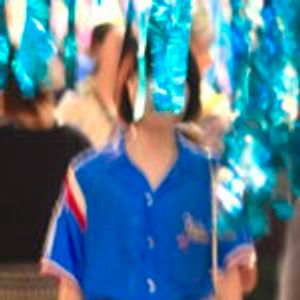 Born in 1995. Started her career as a writer while she was majored in literature in Waseda University. After she graduated, she became a freelance writer, often writing essays and articles. Her essay series, “City Girl Miman” (meaning, ‘less than a city girl,’) where she conveys her sentiments living in the city of Tokyo, are currently published on the online magazine of GINZA (by Magazine House.) Her new year’s resolution is to write lyrics, serialized magazine articles, and scripts for drama series; as well as getting good sleep. Twitter:@YPFiGtH note:@syudengirl
See Shuden Girl’s other articles