On February 22nd of the present year, Daft Punk has suddenly called it quits. Soon after the Epilogue was uploaded on YouTube, people were grieving over the breakup on social media, and there was a slew of posts from various people including those who normally do not care to comment about music. Daft Punk was formed back in 1993 by Guy-Manuel de Homem-Christo and Thomas Bangalter. To mention their association with Japan, in the year 2000, they put out the series of music video made with Leiji Matsumoto, which began with the hit track “One More Time”; subsequently in 2001, their second album, Discovery, became a magnum hit and they reached stardom. Their iconic helmet attire has also garnered attention in the fashion world as a cutting-edge style, which shows that they were widely lauded not only for their musical talent. For this article, we take a look at how their 28 years of service has given a grandiose impact on the music industry—attested by music critic imdkm.

The sudden breakup with a slam

On February 22nd, 2021, Daft Punk has suddenly announced their breakup. It all happened so fast and abruptly after they uploaded the Epilogue video on YouTube. Epilogue is a re-edited excerpt from their 2006 film DAFT PUNK’s ELECTROMA. It first shows the duo relentlessly walking in the desert, then the two stops on a whim, and after a bout of hesitation, one of them asks the other to set off the self-destruction switch and blows up. The other one that is left behind continuously walks out alone in the desert. In the film, a marveling end also awaits for the survived robot, however in Epilogue, the explosion scene was made the climax that it seemed rather uncannily invigorating—It was as the final scene of Pierrot Le Fou. The question: “Are they really splitting up?” arose not only because it was so sudden, but also because Epilogue exudes absurdity that conjures laughter.

Anyway, that is how Daft Punk has declared their breakup and shook the world. Since after they were formed in 1993, they have been a profound duo that not only influenced the field of dance music but moved across the global pop music scene. Their flamboyant career includes winning five prizes and their legendary performance at the Grammy Awards in 2014 (sharing the stage with the greatest megastars beginning with Nile Rodgers and Stevie Wonder!)—that it can be said that they were at the pinnacle of success. Of course, not to forget about their collaboration with The Weekend, and other opuses that they produced at rare intervals; it goes without saying that they secured their prominent presence throughout the 2010’s. Hence, we were expecting them to continuously appear once a few years to awe us.

Becoming a bridge between rock and club culture

Speaking of the duo, they might give a strong impression of ‘disco’. However, each creation has adapted to the musical trend that rapidly fluctuates through generations by changing their sounds accordingly, yet without losing their highly eclectic style. Even Random Access Memories (released in 2013), which got blurred by the prior impactful “Get Lucky”, is an album compiled by disco, electro-pop, west coast beach-ish jam, progressive music…and just oodles of genres—It is unequivocally an eclectic album that has access to various memories. It is hard to put into words, but it is the kind of record that gives the music mavens some flashbacks.

It may be a point that is dated to be brought into the conversation today, yet their attitude has been the source of huge inspirations for those who seek to bridge between rock and dance music—I would like to elaborate on this point a little further.

There is a line from the 2002 hit single “Losing My Edge” of the band led by James Murphy, LCD Soundsystem: “I was the first guy playing Daft Punk to the rock kids/I played it at CBGB’s/Everybody thought I was crazy”. Murphy was the key person who took the helm of bridging the club culture and rock, and we cannot ignore the fact that such mogul has significantly referred to Daft Punk by name in his precious craft.

Soul Wax, who also goes by 2manydjs, has left a unique cover of Daft Punk’s song— “Teachers”, which is recorded in Nite Versions,released in 2005. The original track is recorded in the album Homework (released in 1997) and the lyrics list out all the names of Daft Punk’s predecessors who gave them ‘lessons’. Soul Wax has carried on the fundamental idea and intrinsic feeling of the song; however, they replaced the line-up in the lyrics with straight-up rock influences, which makes it slightly peculiar. They could have mentioned the pair—Daft Punk—in the line-up, but they didn’t. Nevertheless, it was more worthy to credit the duo by revealing that it is the cover of “Teachers”.

Ultimately, the unit’s name adopts the word ‘punk’ (by the way, the name comes from a scathing review of their former band, which is an infamous story.) If you actually listen to their works, you can tell that the rock elements are scattered everywhere. Besides the track titles containing the word ‘rock’—such as “Rock’n Roll” (recorded in Homework) or “Robot Rock” (in Human After All released in 2005)—the riffs and noisy distorted sound secreted by tb-303 in the song “Da Funk” (recorded in Homework) is full of impact that it exceeds beyond the scope of techno and house.

Even with Discovery, which opens with the Filter Disco tune “One More Time”, the rock tones are overpowering with the hard-rock-like tapping guitar solo in “Aerodynamic” and the fast-paced eight beat and arpeggio sounds in “Superheroes”.The melody of the keyboard solo in “Digital Love” also recalls the sounds from Guitar Hero. Personally speaking, when I first heard Discovery, I had no interest in rock music whatsoever, that the rock components in the album got me bewildered. Anyhow, I was expecting all the tracks to be like “One More Time.”

Anyway, as with “Losing My Edge” and the cover of “Teachers”, Daft Punk has been called to the ground where the ongoing history of rock and subcultural spirit intersect. These citations were inherent outcomes of the duo’s collection, but moreover, Daft Punk’s attitude itself happened to be a perfect fit.

There is one more topic that cannot be missed when speaking about Daft Punk, which I would like to bring up from here on—It is about their deft cut-up technique.

Looping the samples from disco music and dexterously putting filters on them—that is the basic technique that defines the style of Filter House; and from the 1990’s to 2000’s, the genre evolved into a brand christened ‘French Touch’ by Daft Punk and other eminent French producers. Daft Punk was a big part of its development, and Homework and Discovery are especially the embodiments of the genre. Building up a track by chopping up samples and looping is the common means of French Touch, and Daft Punk was obviously practicing it, but they were surpassing other contemporaries. Even though, they weren’t really   foregrounding the delectation of chopping the tunes up.

Using the video that garnered attention on social media before and after Daft Punk’s break up announcement as an example —if you compare with the original track of “One More Time”, you can tell visually that the iconic loop is made up of intricate cut-up technique. However, this is only a speck of their brilliance; and in the songs from Discovery, such as “High Life”, “Face to Face”, “Too Long”, and “Crescendolls”, you can hear more of the exceptional sample cut-ups. Also, “Harder, Better, Faster, Stronger” is brimming with thrill of cutting-up and fusing the main sample with the robotic voice.

Maybe, the duo was intending to obscure the main sample like DJ Premier did with his invented style of chopping-and-flipping. However, they also seem to be genuinely immersed in the primitive joy of implementing side-chained compression to produce bouncy sounds and putting filters to convert sounds. “High Fidelity” recorded in Homework is another fun track that is textured with micro-sampling and made all-the-way with the cut-up—which reminds me of Akufen.

As they have upped the ante with their past creations, Human After All was simple structured (mostly single-loop songs) that it slightly appeared to be underwhelming, yet it was gleeful hearing the tracks of the album being severed perpetually at their live performance documented in Alive 2007.

And relating to the cut-up, there is an exciting point in the remixes of Human After All. The illustrious names are featured on the remixes, and particularly, the French Electro gurus Para One (“Prime Time of Your Life – Para One Remix) and Justice (“Human After All – Guy Man After All Justice Remix”) demonstrate their ingenious cut-up prowesses—constantly chopping—as if they are meant to say: “Since Daft Punk isn’t chopping the tracks up, we might as well do it ourselves.” The cut-up technique slightly varies among Daft Punk, Para One and Justice, yet what’s more interesting is that we get to see the elements embedded in the sounds of Daft Punk being concocted by the French producers who came out after Daft Punk.

The cut-up breed of French Touch to French Electro has for some reason, erratically influenced the music scene in Japan. In 2008, Ayumi Hamasaki released her remix album ayu-mi-x 6 (GOLD), which contains “Greatful days (Para One Remix)”. The aforementioned remix is a zestful tune that incessantly chops the original track—but there were the youngsters from the Kansai area that got greatly inspired by the remix that they came out under the alias, dj newtown, and started cutting up various pop tunes. They were not around for long and remained quiet after all, until in 2019, they reappeared with the album WEST MEMBERS, which was comprised of chopped up songs of tofubeats; and re-exhibited their strict adherence to the musical medium of cut-up.

Of course, there is more to the saga of Daft Punk: From towards the end of 2000’s, in the American hip hop scene, tracks of Daft Punk samples became ubiquitous (e.g. “Touch It” by Busta Rhymes and “Stronger” by Kanye West), the duo’s signature crooning technique of Auto-tune pervaded (although Cher was the pioneer of implementing Auto-tune for her song “Believe” in 1998); and their achievements are just unfathomable, regarding how they have gone across genres or widely impacted others with their adept skills. Also, it is often said that Daft Punk’s stage production in the 2000’s has set the stage for the 2010’s EDM festivals. Their accomplishments are far too great.

However, if I were to highlight once again, I think the foundation of their success is that they stayed eclectic at all times. I’m sure there are more to their veins of glory that needs to be discovered. 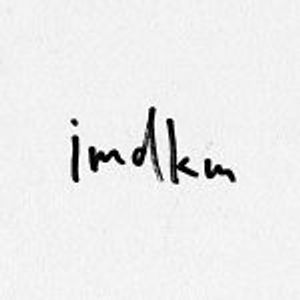 A writer and critic. Since he was a teenager, he has been familiarizing himself with beat making and DIY videography, and set his foot into the netlabel culture of the aughts, including the likes of Maltine Records. He studies modern pop music from the standpoint of a dance music enthusiast and producer. He has put out his book Rhythm kara kangaeru J-POP shi – Considering the History of J-POP Through “Rhythm” (published from blueprint in 2019.) https://imdkm.com Twitter：@imdkmdotcom
See imdkm’s other articles