The Gundam series began in 1979 with the anime television series Mobile Suit Gundam. To this day, it continues to build its legacy—this time with a new production. With the movie version of Mobile Suit Gundam: Hathaway’s Flash scheduled to be released this June, the series’ popularity shows no signs of slowing.

The influence of the Gundam series on later creators and works is immeasurable. It isn’t difficult to imagine that the earlier works—spanning from the first Gundam, to Mobile Suit Zeta Gundam and then Mobile Suit Gundam: Char’s Counterattack—played an important role in inspiring and molding the imagination of the contemporary creators who saw those works in their youth. We can even see the flow of ideas from Gundam to Evangelion, which concluded this year.

Why is Gundam so special? What has Gundam depicted and what message has it sent? Critic Naoya Fujita, whose book Shin Evangelion Ron (Kawade Shobo Shinsha) will be published in June, reflects on the Gundam series.

With the release of Evangelion: 3.0+1.0 Thrice Upon a Time, the Rebuild of Evangelion series has come to an end. Neon Genesis Evangelion is not just a robot anime, but a story about the otaku’s existence; the entire series universe was a metaphor for the otaku industry (For those who have doubts, this is a bit of self-promotion—but I’d love it if you read my book, Shin Evangelion Ron).

The same was true of Gundam, too. In the 1993 publication, Mobile Suit Gundam: Char’s CounterAttack: Tomo no Kai, Yoshiyuki Tomino, Hideaki Anno, and Yuichiro Oguro have a conversation. In it, Anno says that the space colonies can be seen as Sunrise Inc. and the anime world, while the people whose souls are weighed down by gravity can be seen as anime otaku. In other words, he’s saying that the Gundam universe is a metaphor for otaku. Tomino responds that this was his intention.

However, here’s where I think there’s a bit of a misunderstanding: Tomino replies that the Zeon army and Titans represent the bigwigs at Sunrise. Anno, on the other hand, is more concerned with the distorted mentality specific to anime fans.

I have a different interpretation. I believe anime fans are closer to the Newtypes who try to do away with gravity.

In this essay, I’d like to use this as a starting point to reinterpret the Gundam world.

What was Yoshiyuki Tomino projecting onto Newtypes?

Why are the Newtypes otakus? For one, they’re trying to free themselves from the gravity of history and tradition. There’s also Amuro and Kamille’s character development. Both share the unusual trait of being the son of a scientist/engineer. They are also portrayed as introverted characters who show interest in machines and science. Thus, they perfectly fit the concept of “otaku” as Akio Nakamori defined it in 1983: Young science geeks who are poor communicators (This differs a bit from what the word otaku means today, but this would take too long to explain, so please read my aforementioned book).

The two exhibit a great gift for controlling robots. I see it as akin to playing a video game extremely well, but it could also represent superhuman ability in the flow state that comes out of hyper-focus. It seems that Newtypes (in regard to these two protagonists) are designed to be a new generation of people who are bad at interpersonal relationships but demonstrate an incredible ability to control machines. To take it a step further, they remind me of highly intelligent, so-called “gifted” people.

In the Laserdisc box set of Mobile Suit Zeta Gundam, Anno interviews Tomino. Anno says to Tomino, “At the time, you said, ‘All the young people today remind me of Kamille.’” Tomino replies, “That’s how I felt. Back in Rodin’s time, there were a considerable number of people who became depressed and were thrown into hospitals, but in today’s age, certain things have become part of the culture. As values and lifestyles change, I see things that once made you an outcast have become part of the culture in the new Tokyo…As an old man, I didn’t see that as a desirable phenomenon.”

Anno also says, “You probably wanted to depict Kamille simply as an ‘autistic kid’ like Four.” Although the meaning of “autism” here differs from the precise medical meaning it has today, I can infer that Tomino was conscious of the new generation of introverted and sensitive people born in the new era of Tokyo and created his characters accordingly.

Around 1983, when the word “otaku” was born, Gundam and Zeta Gundam were conscious of the characteristics of the new youth as they established the Newtype. Thus, there must be some overlapping traits between the two [otakus and the new youth].

How the positioning of Newtypes changed as the series progressed

Newtypes are a new breed of humans that have evolved to adapt to space.

In the first film, there was hope that if mankind evolved to be like Newtypes with their superhuman senses, humans could understand one another and potentially put an end to conflict. However, Zeta depicts the tragedy of the “Cyber Newtype,” or artificially created Newtypes. They are mentally unstable and are used as expendable political tools by the evil Machiavellis. The protagonist, Kamille, sympathizes with this tragedy and defeats his enemies, but ultimately, he experiences a mental breakdown. One could say Zeta expresses the despair that stems from the human failure to understand each other and the inevitability of conflict (watching political movements and quarrels on social networking sites makes me feel like Kamille).

The idealistic view that everyone should be able to understand each other if they all become Newtypes is flipped negatively in Char’s Counterattack. Instead, the Newtypes want to purge the Earth of the foolish people who cannot evolve into Newtypes. This radicalism turns into a massacre reminiscent of the Khmer Rouge in Cambodia, and it is here that the Newtype ideology reaches the end of the road.

After that, Tomino’s assessment of Newtypes becomes more negative. Rather than focusing on the humans adapted to space, he began focusing on the Oldtypes who remain on the Earth. In Turn A Gundam, they hold a local village festival, surrounding the Gundam and singing, “Men are men, women are women.” In Reconguista in G, the “G” stands for “ground,” and the anti-Newtype ideology of giving importance to the Earth grows stronger.

The Earth and gravity could symbolize history, tradition, and life, while space may represent virtual space—a vacuum without history or tradition.

In the first Gundam, there was hope that we could be free from gravity (i.e. history). However, before long, Tomino’s work rejects this idea.

Through allegory, the Gundam world depicts a war between those with a new way of life, mainly symbolized by Newtypes, and those who are drawn to the Earth and gravity. In this essay, I’ve interpreted this as an allegory that refers to the otaku-like new generation, but it’s not only the so-called “otakus” who are symbolized here.

For example, Gundam incorporates plenty of the counterculture of the “youth rebellion” era that flourished in the 1960s and New Age ideology. This includes the cries that emphasize personal feelings over the political system and the mystical images symbolized by Lalah.

In fact, Yoshikazu Yasuhiko, who was responsible for Gundam’s character design, was a champion of the All-Campus Joint Struggle League. One of his friends from his activist days at Hirosaki University was even a former member of the United Red Army (he talks about this in Kakumei To Sabukaru). This is likely not the only reason [that these ideologies are incorporated], but Gundam contains allegories about the revolutionary momentum of the 1960s, political movements, internal feuds, and the history of the Soviet Union.

Gundam shaped the politics and drama within the story to be an allegory of the major changes and ideological/generational struggles in Japan during and after the war. Actually, Tomino stated that until Zeta, he had been “thinking about things seriously through the work.” It was a drama of conflicts and clashes between the various lifestyles that appeared one after another in Japanese society after the war, and many people referred to it in order to understand themselves. It’s conceivable that this was passed down to Evangelion as well.

That’s why Gundam is not simply a fantasy, but a work that those of us who live on this Earth can empathize and relate to as if it were about us. This may be an exaggeration, but what this work really portrays is the story of the struggle over the future direction of our world. And by influencing the viewers through the work, it also created our actual future.

Through the changes in the Newtype ideology, I see the story of the dreams and despair of the otaku-like new generation. This is directly passed onto Evangelion, which is said to have set out to be like Gundam. Shinn, who comes to value the Earth, overlaps with the changes to Tomino’s theory on Newtypes. It could be said that the allegorical drama of Gundam and Evangelion is an important part of postwar Japan’s intellectual history. 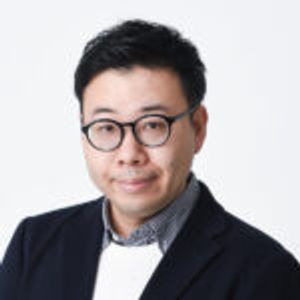 Naoya Fujita was born in Sapporo in 1983. He graduated from the Tokyo Institute of Technology, Graduate School of Decision Science and Technology, Department of Value and Decision Science. He has a Ph.D. He is also an associate professor at the Japan Institute of the Moving Image. He is the author of several books, including “Kyokounai Sonzai,” “Shin Gojira Ron,” “Shinseiki Zombie Ron,” and “Goraku toshite no Enjou.” Twitter：@naoya_fujita
See Naoya Fujita’s other articles