How the author encountered Mioko Yamaguchi in the U.S. in the early 2010s

Japanese music today has more reach in the West than ever. As the internet continues to accelerate and the tools that facilitate communication become more advanced, music from the island nation finds its way to every corner of the world. A song goes viral in Japan, and it’s only a few clicks away from reaching the ears of someone in another country. New music benefits from this interconnectedness, but older music has seen a significant boost too. Famously, Mariya Takeuchi’s “Plastic Love” became a smash hit via YouTube’s recommendation algorithm, steadily building up a dedicated following of city pop acolytes that sought out similar sounds. Nowadays, these things can happen even more quickly; Taeko Ōnuki’s “4:00 A.M.” appeared in a few viral TikToks, and overnight hundreds of thousands of new young listeners know her name. When I first learned of Mioko Yamaguchi, things weren’t quite that easy.

If you were interested in Japanese music in the early 2010s like I was—especially things from the 80s and 90s—word of mouth was pivotal. Information spread slowly via blogs and forums, and if you wanted to do your own legwork you had one particularly valuable tool at your disposal: album credits. If you found a record you loved, you would check to see who contributed to it, and then check to see what else they’ve done. Eventually, you begin to develop a mental network to help you understand what to expect from a record once you recognize enough musicians. You find new names, and it’s exciting; there’s suddenly a new breadcrumb trail to follow. (For the record, I still think this is the best way to discover new music.) I started to see Yamaguchi’s name as the songwriter for a handful of catchy idol songs, which caused me to take note. I even noticed she wrote an ending theme for Ranma ½, one of my favorite anime. When I found that she’d made three albums of her own, naturally, I tracked them down.

Not as city pop, but as a synthpop utahime

Having heard some city pop records from 1980 already (by Ōnuki, Takeuchi, and Tatsuro Yamashita, to name a few), Yamaguchi’s debut record Yume Hiko immediately felt different from the rest; its sonic palette was more synthetic, foregoing the traditional range of session players for a pronounced emphasis on electronics. Yamaguchi wrote and performed every song mostly on her own, bearing less resemblance to her city pop contemporaries and more to techno-pop pioneers Yellow Magic Orchestra, who had burst onto the scene two years earlier. Yamaguchi’s “A Dream of Eμ” in particular reminded me strongly of YMO’s “Tong Poo”—they have the same crystal clear synth tones

That wasn’t just a coincidence; the synthesizers on Yume Hiko were programmed by Hideki Matsutake, who by then had already made a reputation for himself as the best in the business. Matsutake had already contributed his talents to two YMO albums as well as solo projects by members Ryuichi Sakamoto and Yukihiro Takahashi, securing his position as the de-facto fourth member of the group while they were ascending to superstardom. Yamaguchi has admitted in interviews she was enamored with Yellow Magic Orchestra, and wanted to get those same otherworldly sounds into her music.

The pair were a natural fit together, and continued to work together again for Yamaguchi’s sophomore record NIRVANA the following year. This time, Yamaguchi had access to an all-star cast of session musicians. The compositions got bolder and denser, but even with a more traditional rhythm section and some particularly impressive guitar solos like the one on “Telephone Game,” Yamaguchi’s beloved synth remained the centerpiece. Her affinity for synthesizer, which contrasted uniquely with her demure vocals, earned her the nickname “synth utahime” (a combination of the words song and princess) among her peers. NIRVANA feels like a transitional work for Yamaguchi—a testing ground of ideas, which took the foundation of Yume Hiko and fanned it out in all directions.

Though as great as Yume Hiko and NIRVANA are, neither of them could have prepared me for Tsukihime, her masterpiece. Yamaguchi and Matsutake would continue their partnership, adding the legendary Masami Tsuchiya into the fold as an arranger. Tsuchiya, the founding member of synth-pop titans Ippu-Do, brought a critical change to the sound; his arrangements were sparse and open, nudging Yamaguchi’s voice straight into the foreground. Every flourish feels important. The instrumentation felt more traditionally Japanese, but the synth became increasingly more alien. The juxtaposition of “synth” and “utahime” felt more appropriate than ever. Again, Tsukihime sounded unlike any other singer-songwriter record from 1983. Its closest relatives are Ippu-Do’s classic Night Mirage (which shares its ethereal mystique) and Tsuchiya’s own solo record Rice Music (which similarly adapts Japanese melodies into future-facing synth-pop), but really, it’s in a class of its own.

Now, Yamaguchi stands at an interesting crossroads. Amidst a revitalization of 80s flavor, she emerged from a 35 year hiatus. With Hideki Matsutake by her side once again, she’s making music that sounds like the natural next step from where she left off. Her latest album, FAIRYTHM, shares much of its DNA with Tsukihime, but she doesn’t sound like a mere legacy act. That’s partially due to Yamaguchi’s forward thinking, but the renewed fascination with music from the past is also playing a part. Mioko Yamaguchi is pushing herself forward, but she hasn’t lost touch with her old self—and as we’ve seen lately, anything old can become new again. 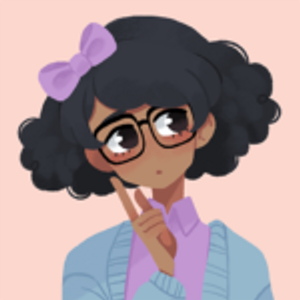 A freelance writer specializing in music and internet culture. She has written articles for Bandcamp Daily and Pitchfork, and is a regular contributor and editor at Tone Glow. Twitter: @mewfeuille
See Shy Thompson’s other articles