2022 marks the 30th anniversary of DJ Krush’s solo career. Active in the Tokyo underground scene since the dawn of Japanese hip-hop, DJ Krush eventually made it onto the world stage. From an international perspective, he is a representative of Japanese DJs and a magician of the Eastern world. Now, DJ Krush heads exist all around the world.

We wanted to keep a record of DJ KRUSH’s present. In part two, he speaks about his career at a major label from the 90s to mid-2000s.

On breaking the mold and creating his unique perspective

――ZEN, your sixth album released in 2001, broke out of the hip-hop mold and delivered a new KRUSH sound to the world.

DJ KRUSH: That might be true for a track like “Song 1.” I’ve made many different types of albums, but I was wanting to make something that was more smooth. That’s why I collaborated with ZAP MAMA, and again with THE ROOTS, and included some other weird songs to make the overall texture of the record more unique.

――I thought that your experience of making KI-OKU with Toshinori Kondo, before the release of ZEN, may have had an effect on you.

DJ KRUSH: I didn’t notice it at the time, but I learned a lot from my experience with Mr. Kondo. In retrospect, I think my new perspective was somewhat influenced by my time creating with him.

――You’ve played several sessions with Mr. Toshinori Kondo. What sort of presence is Mr. Kondo, to you?

DJ KRUSH: Mr. Kondo was flexible, and worked very freely. He’s a musician who has influenced me a great deal. Bill Laswell was a major influence, as well. He’s another person who’s done things with a lot of freedom.

I became a DJ through hip-hop, but I think I’m similar to Mr. Kondo and Bill Laswell because I don’t like to fit into a mold. We’re the crazy types of people who see the fun in stepping out of the box. I think that’s where I relate to Mr. Kondo.

――Many of your releases were outliers even in the various genres they were labeled as. Did meeting like-minded musicians help you break those genre barriers?

DJ KRUSH: Mr. Kondo and I have a similar sense of humor, and I had a lot to learn from him. Making KI-OKU with him was a highlight of my career. We made that piece at Mr. Kondo’s studio in Japan, so I often stayed at his place. He also invited me to go to his studio in Amsterdam. I remember him playing trumpet out of the window of his apartment there, which was next to a train station. There was no need for reverb, because the sounds of the trumpet echoed through the station. I’ll never forget that sound. One time, he gave me a knife as a gift. Later, we went cheese shopping and cut the cheeses we bought with the knife he gifted me. Creating with Mr. Kondo was always fun because the tracks we made would evolve everyday.

――From 2001~2004, you released your sixth record ZEN, your seventh, The Message at the Depth, and your eighth, jaku. The perspectives and timbres of those albums all felt very different.

――I like The Message at the Depth. That was right when IDM (Intelligent Digital Music) and Electronica were becoming popular, which felt a bit experimental. You took a different approach with your next release, jaku, by incorporating Japanese instruments like taiko drums, Tsugaru shamisen, and shakuhachi. Was incorporating Japanese cultural elements a natural progression in your music?

DJ KRUSH: I had already used shakuhachi on the song “Only the Strong Survive” with C.L. Smooth on my third record MEISO. I still didn’t know how to come to terms with Japanese sounds back then. But the more I toured abroad as a DJ, the more I was able to see my own country objectively. Maybe I’m at that age, but I felt like I finally wanted to come face-to-face with my country’s instruments.

I never wanted to use Japanese instruments before because it felt too obvious. It was embarrassing. But once I listened to them properly, I understood the beauty of those instruments: the shakuhachi’s silences, the shamisen and taiko’s rigidity and serenity, among other things. I realized that these are sounds that can only be recreated by us Japanese, so why not do it with confidence.

In reality, there are many different types of shakuhachi players. I wanted to challenge myself, so I chose someone like Shuzan Morita who is highly respected as a teacher and has many students.

“Only the Strong Survive” on the MEISO record

――How did Mr. Shuzan Morita react to this collaboration?

DJ KRUSH: I went on a European tour with Mr. Morita. His fans usually watch his performances while seated, so I’m sure playing festivals and clubs was full of surprises. Having said that, Mr. Morita had a positive outlook and seemed to enjoy himself while adorning his crested hakama on the European stage. Although he was out of his comfort zone, he adapted to our groove. I always played behind him on stage, so I remember what he looked like vividly.

――There are grooves and rhythms specific to Japanese instruments. What was the reason you got into these sounds?

DJ KRUSH: It depends on the song, but I personally put a lot of emphasis on the importance of silences in songs. People suggested the shakuhachi would go perfectly with my music because of its long phrases. When making a song, I try to imagine how to best utilize the long phrases of  the shakuhachi, and how to play around it. I need to give the shakuhachi space. It wouldn’t work if I cluttered up the sound over the sustained shakuhachi sounds. It was critical to strike the proper balance. I enjoyed creating a song with that in mind. I felt the Japanese-ness of it all.

Reinterpreting inputted sounds as his own, and playing them through the PMC-20SL

――You’ve played many venues in Japan and abroad as a DJ. How were you able to improve your DJ skills as the equipment kept evolving?

DJ KRUSH: The reason why I initially switched from analog to Serato was because the records I was going to use while abroad didn’t arrive in time. I used to bring two crates that included 100 records each. But ever since the terrorist attacks in the U.S., luggage restrictions got stricter. It cost more money, things wouldn’t arrive, and even the records of a DJ friend of mine got stolen in Germany. I knew it was time for a change. After switching to Serato, that’s all I bring on tour.

――When you switched to using Serato, did you find that it was hard to play or that the sound quality was different?

DJ KRUSH: I’ve been using the Vestax PMC-20SL for almost thirty years, and I still use it. But to be honest, the 20SL sound quality didn’t feel right to me at first, either. I had to pick whether to choose sound quality or lightness. I may have chosen the latter because it was difficult bringing records abroad.

Once I switched to digital, I started uploading sounds into my DAW, and then I’d remaster and edit my set from there. While building my set, I would keep coming up with fun ideas like, “wouldn’t it be interesting if I put in the famous Gang Starr sample in this break?” That’s something that couldn’t be done in analog. Now, I can edit and complicate my own songs, too. I got obsessed with that process, and for a period, I didn’t care as much about the sound quality. The Serrato has evolved and the sound quality has improved a great deal since I first got it. I finally feel comfortable with the gear I use.

――Perhaps the reason your sound sounds new every time you play is because your performance evolves along with the gear.

DJ KRUSH: It’s all accumulation. I’ve been able to do that because within the 90 minutes I’m given to perform, I’ve made it my lifelong mission to figure out how to most effectively create my own world with the songs used. I never slack on that process, and I use as many interesting ideas as possible, without limiting myself to genres.

It was crucial to be able to combine old and new sounds digitally in my own sound-making process. I think the process of putting the sounds into a DAW, matching them, lining them up and playing them through the the analog 20SL gives it a unique sound.

――When did you start using the Vestax PMC-20SL?

DJ KRUSH: I was already using it in the 90s on my tour with Mo’ Wax. James (Lavelle) bought the same one after seeing me use it, and complained that he couldn’t use it as well as I could (laughs). I was using the 20SL during the early years of DMC, and most DJs were using it as a small mixer. I preferred the bigger mixers, because I wanted to communicate my worldview through DJing and wasn’t interested in becoming a battle-style DJ. Because the 20SL included an effector and had sampling and scratch capabilities, it was the most suitable option for me. There was no one else using it like me. I wanted to create my own sound, and that also influenced my music creation. It was definitely the right decision for me.

DJ KRUSH
DJ/sound creator born in Tokyo in 1962. Started DJing in the late 80s, founded KRUSH POSSE in 1987. Started his solo career after POSSE KRUSH disbanded and released his first album KRUSH in 1994. Started trio RYU consisting of DJ HIDE and DJ SAK in 1998 and participated in JAG PROJECT, a project launched for the 21st century. His sixth album ZEN won the US’s AFIM award (also known as the “indie grammy”) for best electronica album in 2021. Internationally active as a producer, remixer, and DJ based in Japan, DJ Krush also works extensively in film, TV dramas, and commercial music production. As a DJ, he has performed at more than 200 shows around the world, from large festivals to club tours.
http://www.sus81.jp/djkrush
Instagram：@djkrushofficial

■DJ KRUSH『道 -STORY- 』
（Es・U・Es Corporation）
For the 30th anniversary of DJ KRUSH’s solo career this year, he plans to release a piece that weaves together sounds by inviting artists from Japan and abroad based on the concept of “STORY/roads.” The first installment of the series is a 12-inch featuring ralph, JUMADIBA, Sibitt, and others. 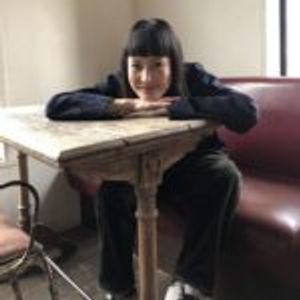