Hana Yagi is a 21-year-old fashion designer. When she was 19, she was chosen as the youngest finalist at the Europe’s biggest fashion competition, ITS (International Talent Support) Fashion.  Yagi’s father is a sheet metal craftsman, and she has brought up close to traditional artisanship; now she reincarnates old fabrics with various backgrounds into new forms. Her practice is not merely about sustainability or remaking, but it comes from her strong will to further expand the potentials of fashion.

Yagi speaks about her time in high school before entering the contest longing to be involved with art and fashion, feeling conflicted as she progresses through the world of fashion, and her big vision empowered by the struggles.

From art to fashion

——I heard that you were brought up in an environment closely associated with crafting. Later in life, you went to a high school of art and started with 2D art—how did you become interested in the fashion world?

Hana Yagi (from hereunder, Yagi): When I was doing research for my high school graduation project, I’d realized—for the first time—my fascination with fashion. Up until then, I’d been convincing myself to thrive towards the world of art.  While I took the design course and studied graphic design, I went to various art exhibitions outside of school, and began noticing that I’m into the modern art world.  But then, when I was doing further research for my graduation project, I found myself collecting many fashion photos.

——For your high school graduation project, did you actually present clothes?

Yagi: No, in the end I presented a 3D artwork. Through researching, I was able to discover what I wanted to do in life; in fact, I was able to say that I’m into fashion after I got into Coconogacco. Up until then, since I was a teenager, I was surrounded by friends who were taking art seriously, and they were incredibly talented illustrators, which made me harder to broach to them that I’d decided to pursue my career in fashion—I was worried that if I told them, they would think that I’m shifting to fashion because I’m not cut out for art.

——However, outside of school, in your second year of high school, you had entered the Soen Award, chosen as the finalist, and presented your show. Back when you were still wavering between art and fashion—in an interview—you were saying that you’re trying to figure out a way to make a connection between your works back then and the clothes you make now.

Yagi: Back then, I couldn’t answer immediately if someone had asked what I truly wanted to do. I was able to experience the general flow of a fashion show and felt accomplished through Soen Award. It gave me a great opportunity as I was wavering between art and fashion.

Yet, I was also feeling incomplete that I hadn’t accomplished anything yet in the field of art, and thought if I didn’t try hard enough in creating a piece, I would be a quitter. So, after I graduated high school, in order to test myself and see if I really wanted to go for art or not, I submitted my 3D work to 1_WALL. As a result, I received an award from the director of Shiga Museum of Art, Kenjiro Hosaka. He kindly encouraged me to “keep up the good work”—and now I feel accountable for doing something different. I’m definitely not turning away from myself in the past; one day, I want to make something fusing my artwork from back then with the clothes I make now, and show it to Mr. Hosaka again.

Becoming the finalist of ITS by digging the roots

——Since then, you had begun studying fashion earnestly at Coconogacco, and in 2019, you were chosen as the youngest finalist at the International fashion contest, ITS. Your works embrace your roots—growing up close to the traditional metalworks as your father was a metal craftsman—and made under the theme of ‘refurbishing’, using materials such as ‘Kintsugi’, ‘ceramics’, and ‘Boros (rags)’. Have you always been presenting works that are linked to your roots?

Yag: When I got into Coconogacco, I learned for the first time about digging my own roots for crafting. In high school, my creations were pleasing to the eye, but somehow, they weren’t sitting right with me.

For ITS, I’d started off by digging my own roots, then looked for materials and found ‘Urushi (lacquer)’ and ‘Kintsugi’. I actually began using ‘Boros’ after I was done making my portfolio for ITS and received the finalist notification letter. In the past, for a lecture course at Coconogacco, I had an opportunity to visit Amuse Museum, and see the real Boros and hear a lecture about their history; since I saw the real Boros, I knew how delicate they were, and thought carefully on how I should present them in the modern world as a new thing and not as a replica. But, when I received the finalist notification letter, I thought that I might as well take the harder path to create something that makes more sense to me, so that I won’t regret.

——In the past couple years, what were your feelings toward the world of art and fashion, arising through your creative process and presentations in and out of Japan?

Yagi: Personally, I don’t really like to take art and fashion separately, but I would say it’s fun to see the chain of ‘derivative works’ in fashion. Essentially, I like the phenomenon of ‘derivative works’ in the world of manga; in fashion, various traits of the original material—clothes—are concocted by stylists and photographers. With artworks—other than installations and performances—once they are finished, they cannot be converted by others. On the other hand, in fashion, once the clothes are designed and released out to the public, they get updated time after time. They change as they get passed into the hands of different people—and I’m amused by this sequence of phenomena.

——Have you ever felt that it’s contradicting or conflicting?

Yagi: I like the vibe that fashion exudes, however, as a creator, I’ve come to realize the limitation in conveying messages through designs. I don’t take it negatively, though: I think this limitation and conflicted feeling are giving me an objective perspective when creating things. If I count on the power of fashion too much, I will become narrow-minded; in fact, my inner conflict—wondering if fashion is really the right expressive outlet for me—gave me a good drive to challenge expressing myself in a wide variety of ways.

——Tell me about the new dress you exhibited at Kuma Foundation, which was a new place to present your works after ITS.

Yagi: As with ITS, I created out of textiles with different roots. This time, I layered fabrics of wedding dresses and kimonos that were sold tons at a clearance market. Not like other secondhand clothes, Kimonos get disposed for a tiny stain—even the ones with intricate embroideries and patterns. At the market, I’d witnessed the dull space laden with ghost-like retired Kimonos, and decided to express the sight with these textiles—I had put more pigments on the stained fabrics to elaborate my image of updating them for the future, instead of restoring them back to their original state.

Taking a new approach with images

——For your next presentation, I heard you are making an animated video with your younger sister—which production phase are you in now?

Yagi: My sister is the main person in charge of the animated video production; we’re starting the shoot in May, so now, we just finished making the puppets and their miniature clothes that will be used for stop-motion. From here on, we will be taking a year to turn these miniature designs into 3D life-sized figures. Once we’re done with everything, we are planning on submitting to film festivals.

——Since the pandemic, a lot of brands had to cancel their physical shows, but instead, they have started putting their efforts into fashion films—however, it seems like your video production has a different approach than that.

Yagi: It links to what I had mentioned earlier about my conflicted feeling towards fashion: I’ve noticed from making images with my sister, that the degree of freedom is higher when expressing through images than through fashion. With images, you can deliver the messages directly, create a worldview from scratch, design not only the clothes that appear in the video, but also human bodies. Yet, if I rely too much on the images, that will limit my creativity, so I’d like to continuously broaden my range of expression by merging fashion with different forms of art.

——While you go through various struggles, as well as finding joy in creating, what are the things you want to thrive on?

Yagi: I want to continuously use various materials with different roots, and collage them on the canvas of clothes. Of course, my works are often seen as a certain sustainable movement or merely a remade piece from old clothes, but I personally want to demonstrate an immense worldview by adopting and updating the roots and power of these old clothes.

Realistically speaking, I don’t feel right about the range of expression getting limited for my contemporaries along the depletion of resources and economic decline. There were times I felt hesitant about handling sensitive topics and conveying them through clothes, as I’ve never gone through those troubles. Yet, after some moments of anguish, I came to realize that it’s okay to take time and make mistakes now, so that I can eventually take part in accelerating a virtuous cycle and provide benefits to both the past and the future. Instead of taking care of the materials with a limited perspective, I want to have a bigger vision especially in this difficult time, and keep creating things that would stay in people’s hearts.

Hana Yagi
Born in 1999 in Tokyo. After graduating Tokyo Metropolitan Senior High School of Fine Arts, Performing Arts and Classical Music, she studied at Coconogacco. In 2019, she became the youngest nominee at Europe’s largest fashion competition, International Talent Support Fashion, at the age of 19. Today, she is also involved with video production with her younger sister.
Instagram:@hannah.yagi 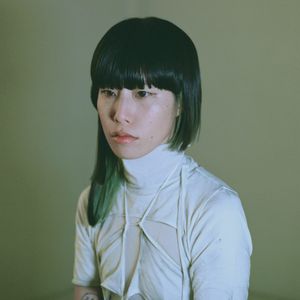 Yoshiko Kurata Kurata was born in 1991. She reports on fashion designers, photographer, artists, and a wide range of topics, both domestic and global. She has written for Fashionsnap.com, HOMMEgirls, i-D Japan, Quotation, STUDIO VOICE, SSENSE, VOGUE JAPAN, and more. In March of 2019, she co-translated and edited the book, “Insert Complicated Title Here” (Adachi Press). She is also a curator for CALM & PUNK GALLERY. Twitter：@_yoshiko36 Instagram：@yoshiko_kurata
See Yoshiko Kurata’s other articles